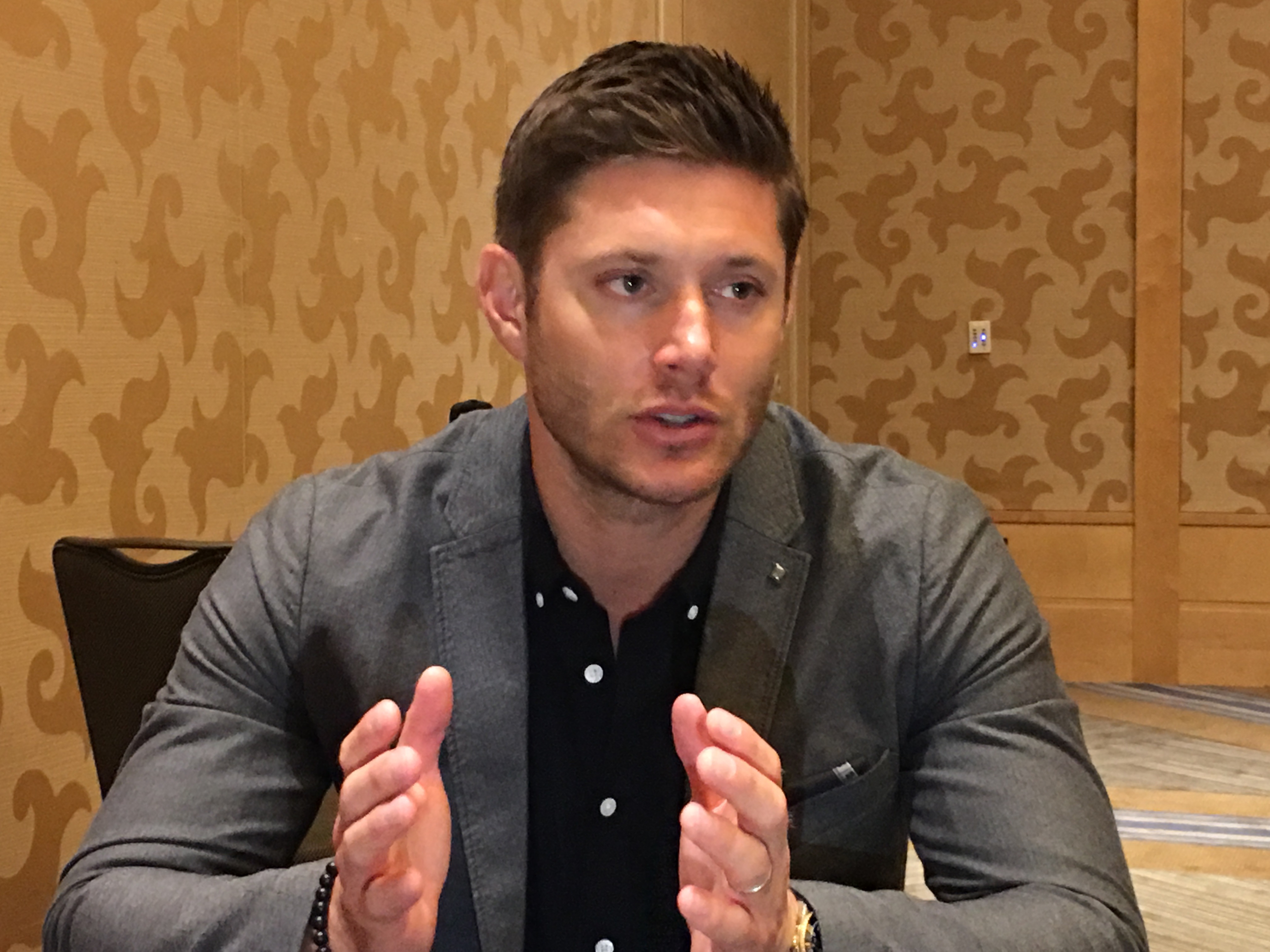 Another Supernatural Sunday at Comic-Con has come and gone.

At the Hall H panel, there were a couple of surprise guests — Samantha Smith and Ruth Connell. And there was some fun casting news. There’s a new Lucifer in town and he’s going to look a lot like singer/actor/”Jessie’s Girl” creator, Rick Springfield.

There was also a lot talk of this season being about family, about there being an early season vibe. We know Mary Winchester is really back. It’s her corporeal self. She’s no ghost. And she ain’t afraid of no ghosts either because we doÂ know Mary is a badass hunter in her own right. John Winchester may have trained Sam and Dean, but it’s Mary and her Campbell family roots that the brothers Winchester can thank (or blame) for their stellar hunting genes.

When we hit the Supernatural press room, we (and a group of writers) talked to the cast about their characters, the fact that the British Men of Letters have Sam in their clutches; how the boys will react to having Mary back in their lives, Cas’ main motivation at the beginning of Season 12,Â and, yes, the looming presence of Rick Springfield as Lucifer.

This year, September 13 will be an extra special day. Warner Bros. has deemed it Supernatural day in honor of the show’s series premiere way back in 2005.

As for Season 12, fans — classic and current — can look forward to Supernatural returning to its Thursday night roots starting October 13 on the CW.

BrainDead's Fifth Episode Puts Everyone Back to Work