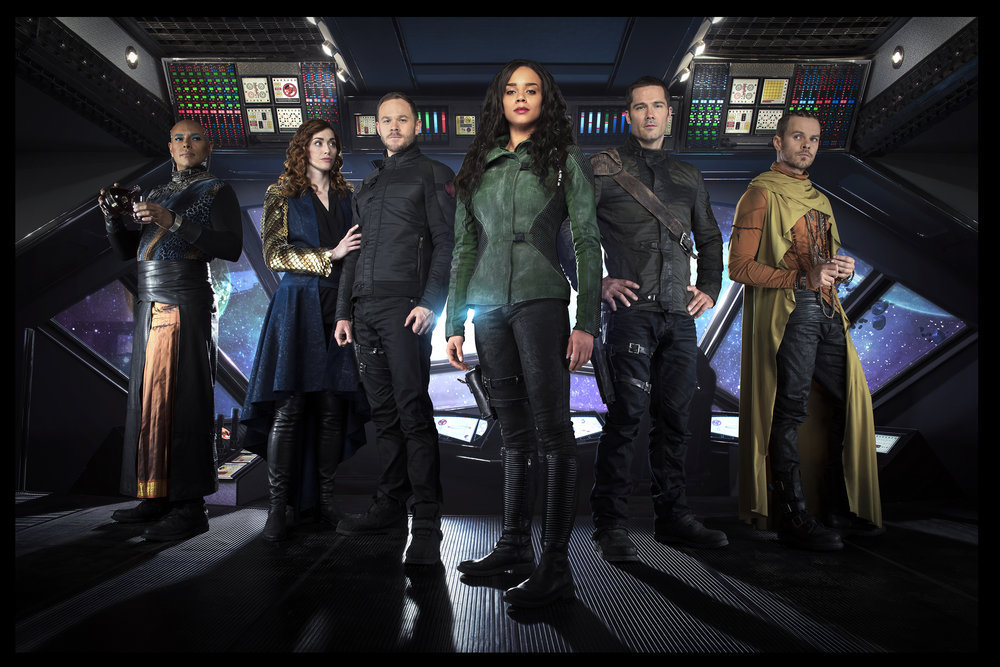 Y’all already know that we’re very, very fond of Killjoys here at TV Goodness, and that I did not respond well to the first season finale, which put D’avin in extreme harm’s way at the hands of Khlyen. After I participated in the press set visit this past February and saw a happy, smiling Luke Macfarlane and Rob Stewart sitting side by side and pitching us season 2, I felt considerably less nauseous about the cliffhanger. Plus, showrunner Michelle Lovretta loves these characters too much to leave them in the lurch for long. I’m happy to tell you season 2 hits the ground running in all the right ways, and even better, begins only five days after that finale, which is awesome.

I won’t tell you too much because it really is just such a joy to fall back into these characters and the familiar, endearingly goofy, snarky banter that the show does very, very well. I laughed out loud several times, and realized how very much I had missed them.

The humor is here, the heart is here, and the action is still very much intact. We also get to see Pree come along on a mission, and I really want to make “Double O, HELL no” a thing because he and John have way too much fun.

We start with Dutch’s The Last of the Mohicans message to D’avin, that wherever he is, they will find him. Then we follow her, John, and Pree as they set about doing that by tapping an open warrant and picking up a new friend who can help (in a little nod to the world Orphan Black visited in season 4), played by Defiance‘s Stephanie Leonidas. We also see exactly what it is that’s been done to D’avin on Arkyn, and what he thinks they’ve been doing to him as we roam around his psyche. That leads to a surprisingly different perspective on Khlyen.

By the end of the hour, we have our setup for the season as a new mystery is laid out before Dutch.

Killjoys airs Fridays at 9/8c on Syfy. Here’s a sneak peek of season 2, plus the first four minutes of the season premiere. So, so glad Killjoys is back!