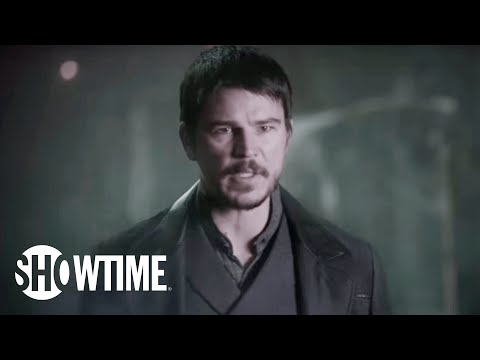 We’ve somehow already arrived at the end of the third season of Penny Dreadful because Showtime is doing the last two episodes as an event, which I am seriously hoping doesn’t bode for some sort of announcement shenanigans on Monday morning.

As we head into episodes 8 and 9, Vanessa has wholly embraced her dark side and Dracula (boo!) while John has reunited with his family (yay!) and Dorian has handed Lily over to Victor (shudder!). We also had what I called early on–a total bait and switch of the scene between Ethan and Vanessa being a dreamwalk (double boo!).

Thankfully, the boys have sought passage back to England, with Kaetenay strongly suggesting to Malcolm that he cross palms with the captain to step on it. Judging by the previews below, London is in a bad way by the time they get there, and Ethan’s going to have to put up or shut up on his supposed fate/legacy/predestination.

I’m left to wonder why Vanessa was so quickly sucked in (no pun intended) when Kaetenay told her they were coming, and she wentÂ to kill Sweet only to succumb. Maybe I missed the telegraphing that she stillÂ felt so wholly to buy into his pitch–I get that Kaetenay heavily suggested she was already doomed, but I didn’t see that. To me, she was doing better, and Cat certainly seemed to think she was up to the task of taking him out, so I was puzzled.

As for Victor and Lily and Dorian, I think Lily won’t go so quietly, or Justine will have her revenge, regardless of how unthreatened Dorian is by her. We’ll see.

I really, really want to trust that John’s happy ending will hold. If not, I’m OK if he dies, as terribly morbid as that sounds.Â  And I have no intel on that at all. It’s just a vibe.

Motivated by Vanessa to tell his family the truth brought him a measure of happiness and peace that had otherwise escaped him since his rebirth. I want him to keep that, or no longer have to live in the cruel world if he can’t.

I’m reserving judgment on this season until I see the finale. We’ve not been able to screen it early, so I’ll be watching along with everyone Sunday. Check back for final thoughts on the season afterward.

Here are a few sneak peeks of the two-hour finale, which begins at 9/8c Sunday on Showtime.