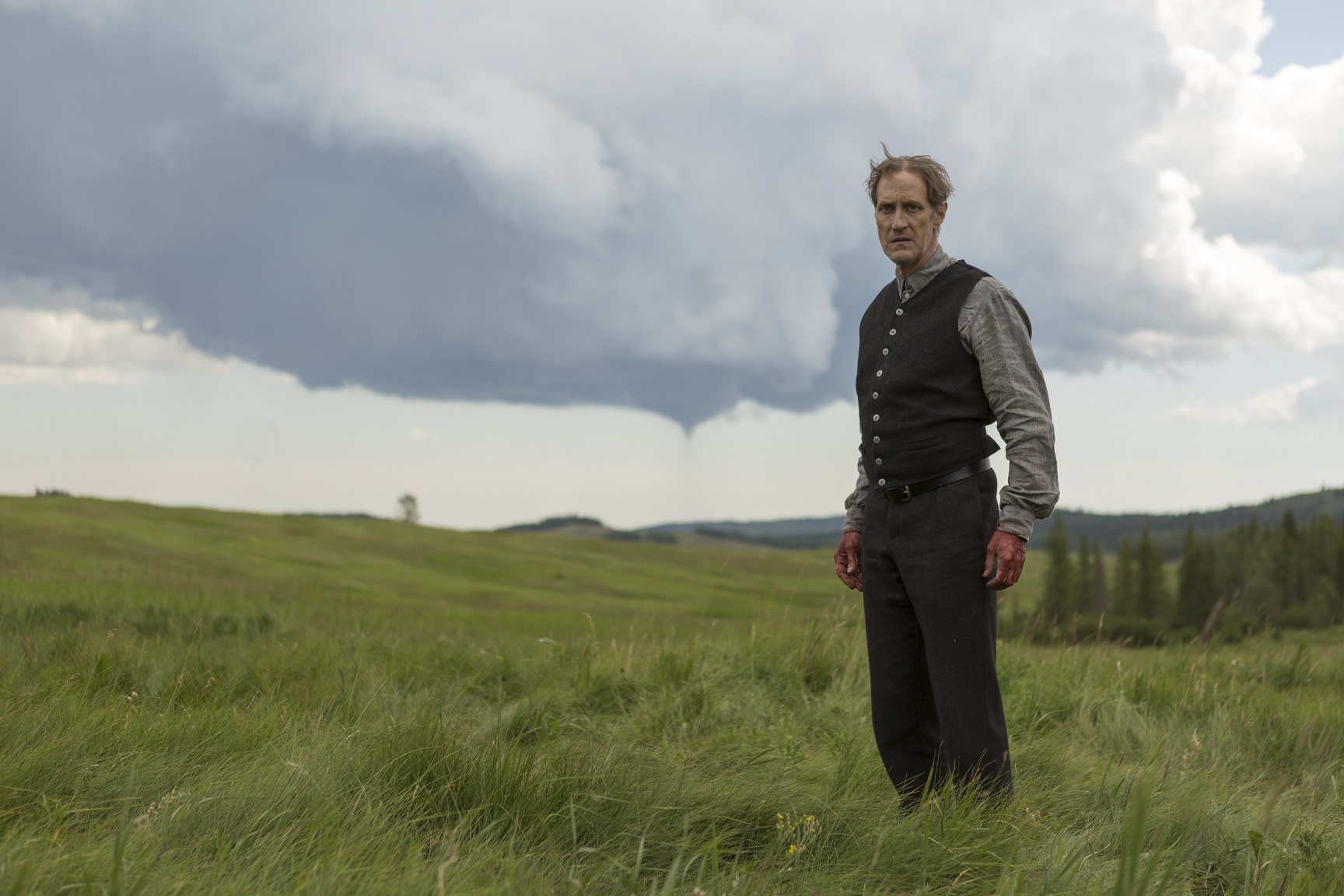 [Warning: read only after you have watched the season premiere.]

Tonight’s season premiere of Hell on Wheels saw the death of the seemingly unkillable character of The Swede. After spending five seasons with him, showrunner John Wirth says it was a necessary evolution in the plot because there’s still so much story left to tell beyond that central conflict and only seven episodes to do it.

“When the Swede is in Cullen’s orbit, it’s almost impossible to put your focus on any other story because they’re so incendiary [together]. We had so much business to take care of–resolving Cullen’s relationship with his family and Huntington and Durant and completing the railroad, and we thought we should dispatch The Swede at a time when we could focus on how that would happen,” he says.

“There was a lot of discussion about who should win that fight. For a while there we were thinking The Swede could kill Bohannon and assume his identity…and we realized if Bohannon didn’t survive that battle, why have been watching this show for five years?”

When the cast and crew gathered last week for a gala premiere in Sacramento, Wirth says people still assumed The Swede’s death was a fakeout, and he assured them it was not. “I think most people think he’s like the Energizer Bunny. You can kill him and he bounces back. When we were on set filming that hanging scene it was a last-minute decision to have Jeff Fahey hold out the mirror to make sure he was dead,” he recalls.

“That came up because someone on set asked how we knew he was dead, and I remembered this gag from Charade where they did that at a funeral. I thought that would be an easy thing to do, and I love that little moment when Fahey says, ‘He’s dead.'”

Wirth says Bohannon’s decisions to not kill The Swede by his own hand and instead hand him off to a formal hearing grew in part from his moratorium on killing in the aftermath of his relationship with Naomi.

“If people really track it closely, once Cullen hooked up with Naomi, he didn’t kill anyone after that. He tried to change and she did change him,” he explains. “She was a signpost along the road of change for him.”

Wirth adds that it was important to finally shine a light on who The Swede was before Andersonville broke him. “I wanted to take The Swede back to the time he was Thor Gundersen, before he became The Swede, and how that happened,” he says. “And then take him all the way back. We’re hanging Thor Gundersen at the end. We’re not hanging The Swede. That was very moving to me.”

Where Cullen goes from here, we’ll have to wait and see, but he goes forward not only with emotional scars, but also physical reminders of his years-long conflict in the bullet fragments that cannot be removed from his leg.

“When he’s watching The Swede hang, at a certain point it crosses his mind that he should be the one hanging. That makes the exchange between the two of them really fascinating,” Wirth points out. “A lot of these elements come through the creative process. The idea that The Swede would shoot him and that Cullen would have to carry it with him forever as a piece of The Swede was a notion we landed on that I liked.”

Hell on Wheels airs Saturdays at 9/8c on AMC.

Game of Thrones Preview: "No One"