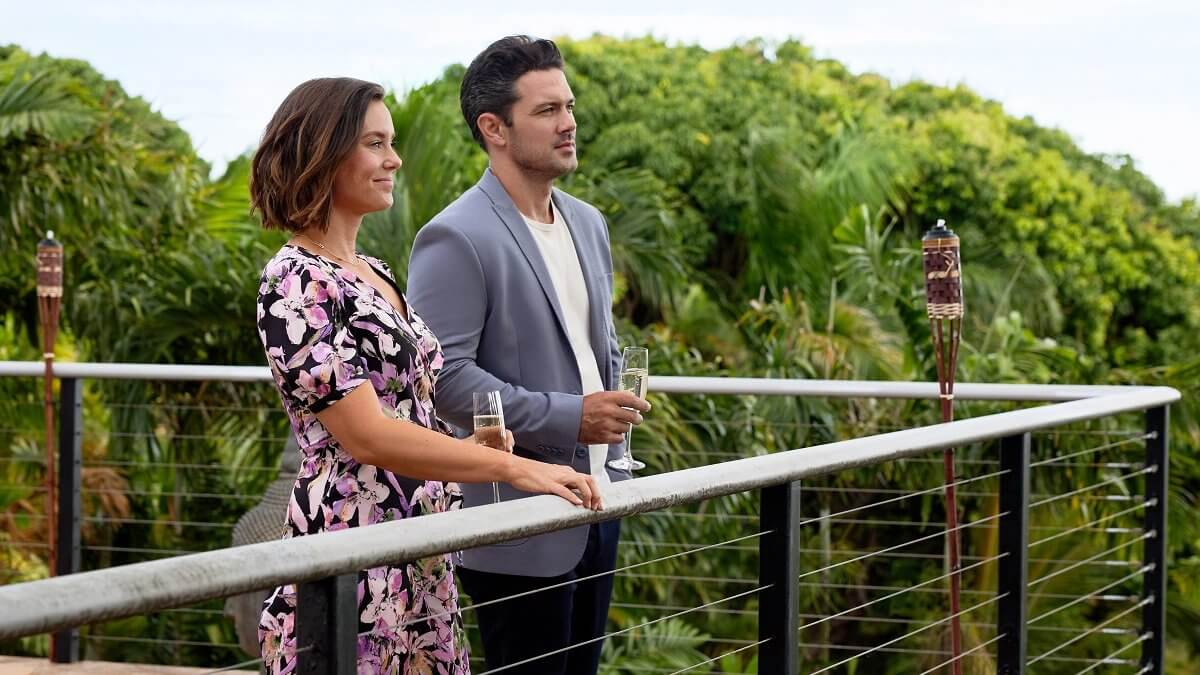 Just in time for a lovely distraction from the news of the day, Hallmark Channel and W Network continue their Summer Nights programming with Two Tickets to Paradise, starring Ashley Williams and Ryan Paevey and filmed in and around Hawaii. Grab your umbrella drinks and settle in for a little romcom escapism.

Hannah Holt (Williams) and Josh Wyatt (Paevey) meet cute in a park after both are abandoned at their respective weddings. A random pep talk between the strangers sends the duo on their presumably separate ways as they agree to go ahead with their honeymoons minus their plus ones.

That is until the find themselves on the same flight to Hawaii and at the same honeymoon-themed hotel. Rather than cry in their umbrella drinks, the new friends instead lean on each other to get past their broken hearts, which they soon realize maybe aren’t that broken after all–and their partners acting on cold feet likely did them a huge favor.

Directing by Dustin Rikert and written by Tracy Andreen & Kevin P. Taft, the film is alternately lighthearted and semi-serious as the duo work out what went wrong and why it might have been right, while treating themselves and us to a lovely travelogue.

The cast is rounded out with Mary-Margaret Humes as Josh’s surrogate mom, Alice; Kimee Balmilero as Kailani, the hotel concierge who steers Hannah away from the lovey-dovey focus of the hotel, Cody Easterbrook and Reyn Halford as Nick and Cal, fellow honeymooners who mistake Hannah and Josh for newlyweds; Olivia Hoffman and Jhey Castles as Hannah’s sister, Cee Cee and mom, Sara; and Tim Herkenhoff as Hannah’s ex, Marcus, and Ashley Weismantel as Josh’s ex, Becca.

Two Tickets to Paradise premieres Saturday at 8 pm/7c on Hallmark Channel in the US and W Network in Canada. Here are a few sneak peeks.