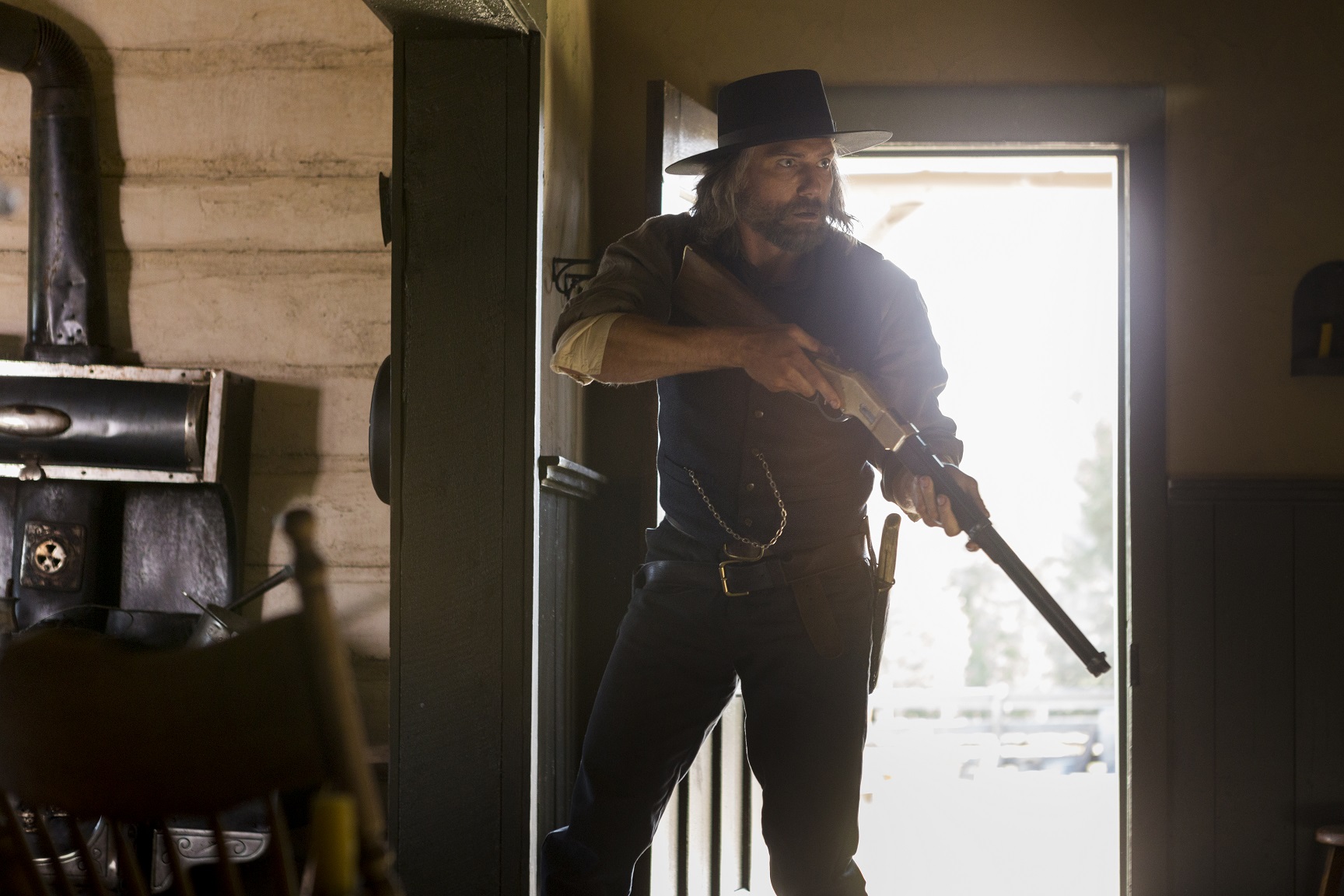 Hell on Wheels returns to AMC Saturday night at 9/8c for its final seven-episode season, and it’s a bittersweet journey as we embark on the final days of the building of transcontinental railroad.

We closed season 5a with The Swede looming on the horizon for Bohannon’s family as Bohannon gave frantic chase, and that’s where we begin the season, with a nail-biter episode that pits the two against each other in a long-overdue confrontation.

We’ll have to wait a little bit before we see the rest of the railroad world beyond Bohannon’s immediate orbit, but be patient. It’s coming.

I had the chance to chat with showrunner John Wirth Thursday afternoon about these last hours of the show, and over the next seven weeks, I’ll bring you snippets from our discussion. Here’s what he had to say about what to expect this season.

“I tried to stretch it out to make sure that everybody’s ending didn’t come in the last 15 minutes of the last episode. We parse it out a little bit. We mapped it out. We knew had 14 episodes to end the story. Right at the beginning of last season, we talked about the 14 episodes as a whole, and started planting some tent poles very early, but things began to ramp up as we got to these last seven episodes.”

Similar to what we discussed last summer, Wirth reiterated that the formal conclusion of the series is tied to the pounding of the golden spike upon the completion of the railroad. He says the framing of how and when that would happen onscreen within the context of the final seven hours was a larger discussion as the episodes were storyboarded.

“We talked a lot about which episode we should pound the golden spike in, whether that should be the last image or the first image [of the final seven episodes]. We considered a lot of different ways to tell that story,” he explains. “I think there are some surprises ahead for people. I don’t think the story lays out exactly as our hard core fans would expect it to.”

“Two Soldiers” airs Saturday at 9/8c on AMC. Here’s a sneak peek of the final season. Check back Saturday night for Wirth’s comments on the season premiere.