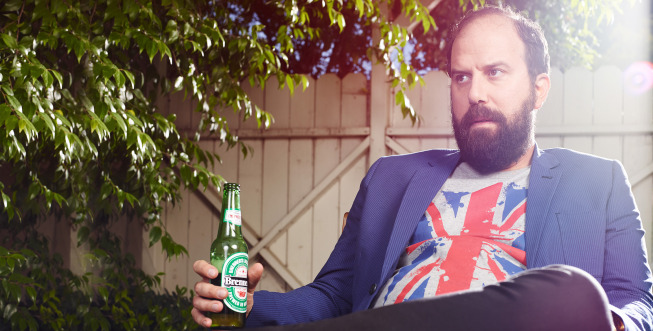 Brett Gelman plays A.J. on FX’s Married. He’s the kind of actor that excels at playing the eccentric. On NBC’s Go On, he was the odd bird that had the serious man crush on Matthew Perry’s Ryan King. On Married, he plays a guy who’s wealthy, eccentric, edgy and a total mess. We first meet A.J. after a painful breakup. So he’s been busy navigating life in an unpredictable, sometimes off putting, but always interesting way.

TV Goodness was part ofÂ  a press call where Gelman talked about how he got this role and about the mess of a character he so fabulously plays.

On working with the Married cast

Brett Gelman: I had known Jenny [Slate] and Judy [Greer] prior to starting the show. And Nat Faxon is the type of person that when you meet him, you feel like youâ€™ve known him for 20 years; heâ€™s just a very gregarious, very easy person to like. And we did hang out some, although people were really busy as well with, you know, Jennyâ€™s movie was opening and Judy was promoting her book, so some of the social time was limited. But itâ€™s such an awesome crew that a couple of minutes together socially was like hanging out for a couple of hours.

Weâ€™re all people who work really hard and take our work seriously, but also like to have a lot of fun. [Creator] Andrew Gurland really created an environment that made everybody feel like you were very focused, but at the same time the focus was just a blast. Those are three very, very, very funny, very kind people that I work with and we just would crack each other up. It was great. Â It was super easy.

On playing such a mess

Brett: He doesnâ€™t get better till much later in the season. He stays a mess and gets messier. I mean, Andrew is so brilliant at really pulling very funny things out of human struggle and a lot of different situations get created that AJ makes happen that are just so out there and so screwed up, but that they never lose their humor. I donâ€™t want to ruin anything, but everybody definitely gets mad at me a lot.

On why he’s can’t get past the breakup

Brett: I donâ€™t think A.J. got a divorce. I discussed this a lot with Andrew. A.J. didnâ€™t cheat on his wife; he didnâ€™t do like an act that caused her to leave him. What caused her to leave him was that I think he was just very tuned out through all of his marriage, and thatâ€™s almost worse just because he wasnâ€™t present, he wasnâ€™t a present husband, he wasnâ€™t a present father just because of his personality and the flaws of his personality. And heâ€™s realizing that there are these flaws in his personality too late and she is this beacon of failure for him. That is really where the drugs and alcohol, the stuff is coming into play, is kind of punishing himself for that mistake.

Heâ€™s not married to Regina [Hallâ€™s character] at all anymore. Â I mean, thatâ€™s a major wife to lose. Thatâ€™s a beautiful, incredible woman that is the woman of all women. So who wouldnâ€™t just go and do a downward spiral after her leaving you?

On how he got the role

Brett: Well, the audition, Andrew GurlandÂ andÂ I met briefly a couple of times and then five years ago, he had watched me a bunch when I was performing a lot at the Upright Citizens Brigade Theater. And I think he specifically reached out to me to play this; he had me in mind, it was a blind audition. He definitely — I think — really wanted me to play the part.

Iâ€™ve been a mess at times in my life. Not to say that Iâ€™ve struggled with drugs and alcohol, but Iâ€™m a real Jew. I can be dark. But then I use that to be funny in my life and I think thatâ€™s what A.J. does; he makes a lot of humor out of his darkness and I really connected to that. But acting is not easy. Â I mean, Andrew is an incredible writer and with incredible writing it presents a lot of challenges that you really have to tackle and you really have to work really hard on. Â But thatâ€™s just so great, that type of challenge is so rewarding and fulfilling, especially when people like it.

Just fyi…A.J. encourages this whole shady real estate deal. It’s through a new woman he starts dating. And in true Married fashion, things get twisted and uncomfortable and hilarious. 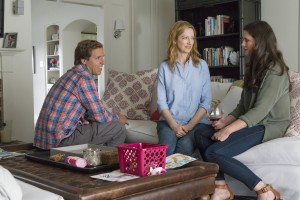 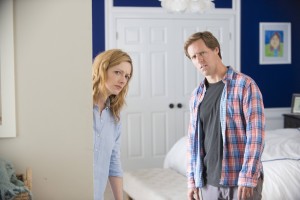 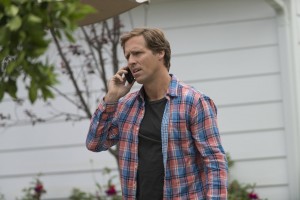 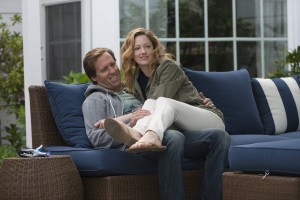 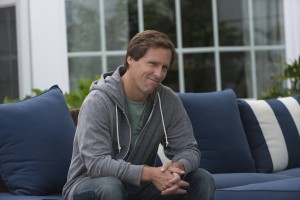 The Strain Preview: "Creatures of the Night" [VIDEO and PHOTOS]

Motive Season Two Finale Preview: "For You I Die" [PHOTOS]

Meet the Synths: The Cast and EPs of AMC’s Humans Introduce Us to the Next Generation of AI