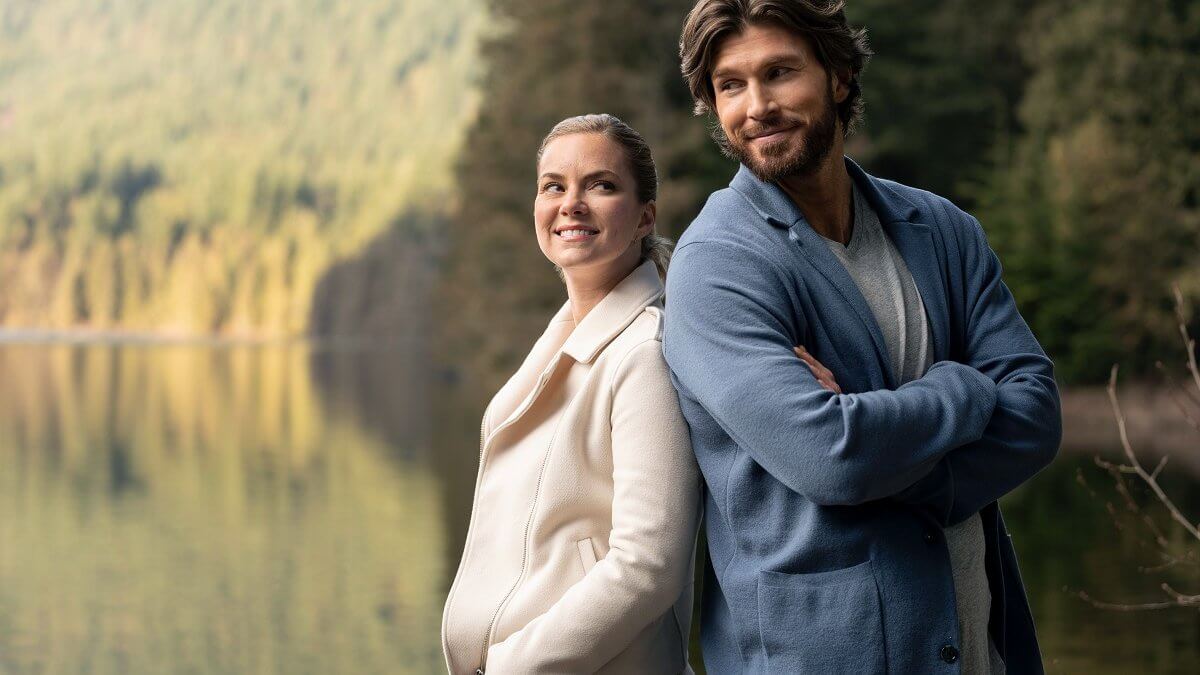 It’s been just over a year since we had a Cindy Busby/Christopher Russell/Christie Will project Chasing Waterfalls) on Hallmark Channel, but they’re back Saturday night in Warming Up to You, written by W. Stewart. Ostensibly a romcom about a fitness instructor tasked with slimming down an action movie hero before his studio cuts him loose, the film instead leans into the idea of becoming your best self.

Kate loves what she does, but her time in LA comes to an end when her gym is less interested in fitness than high-profile photo ops. Once it’s clear that her wellness goals don’t align with the gym owner’s goals, she heads back home to Washington state and goes to work at the retreat run by her BFF Sasha (Latonya Williams).

She’s settling in nicely with a clientele that actually wants to feel better, whatever that looks like, when she’s hired on the DL to help restore Rick, the face of a profitable action movie franchise, to his former glory. As she keeps hitting brick walls trying to wean him off his junk food ways, she also starts to get to the heart of what made him lose interest in taking care of himself. And then he starts to take an interest in her and supporting her plans for her family’s land, which is next door to the retreat.

Alongside their arc, Sasha hits it off with Rick’s manager, Jared (Devon Alexander, who was also in Chasing Waterfalls), who’s there to babysit Rick and report back to the studio until he finds his own reasons to hang around. The rest of the cast includes Hallmark familiar faces like Delores Drake, Caitlin Stryker, and From‘s Ricky He.

It was filmed in British Columbia, so it’s just as gorgeous as Chasing Waterfalls was in terms of capturing that landscape, and it’s nice to see the Busby/Russell/Will formula delivering another sweet movie that’s equal parts romcom and travelogue.

Warming Up to You premieres Saturday at 8 pm/7c on Hallmark Channel in the US and W Network in Canada. Here’s a sneak peek.