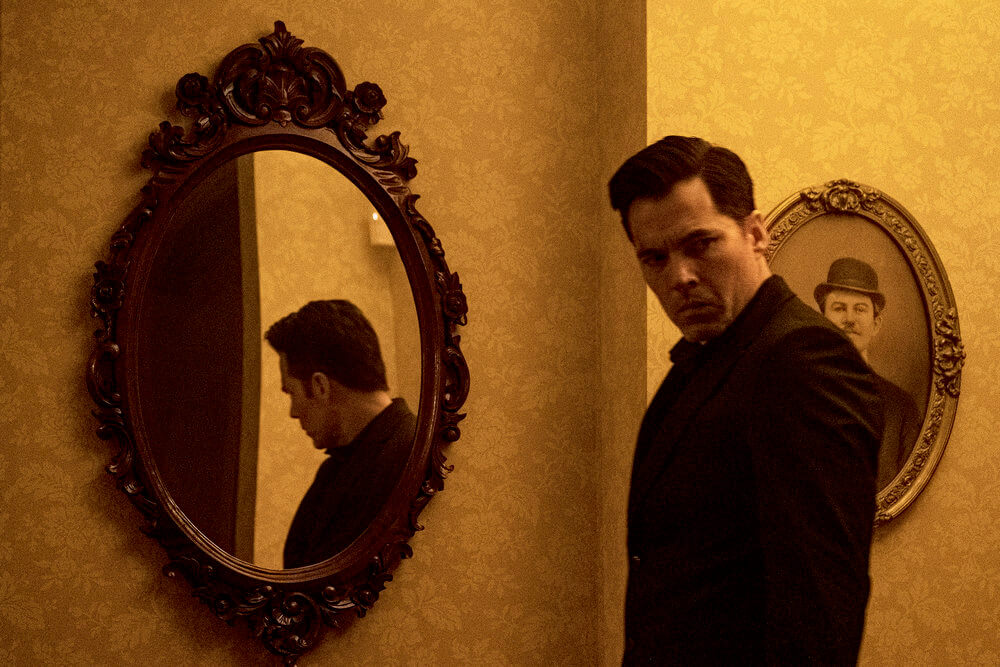 We should have known the Donovan House wasn’t going to go away quietly. After trapping August and bouncing Luke across the driveway in the closing moments of last week’s episode, the mysterious Victorian with a mind of its own is soon host to the rest of The Roman Agency in the first season finale of SurrealEstate.

While Luke recovers at home under Megan’s watchful eye, Susan takes point, returning to the house with Phil and Zooey to see if they can find August. They get much more than they bargained for when the house starts serving up variable degrees of closure from beyond the grave, along with a range of randomly roaming ghosts–and at least one very solid jump scare for us on the couch at home.

For some, that closure is extremely comforting, and for others, it’s wholly terrifying and unsettling (in a Flatliners “be careful what you wish for and want to revisit” kind of way).

And then it’s Luke’s turn. After a heart to heart with Megan and an alarming e-mail from Phil about his own history, he, too, heads back to the house for a family reunion, unaware that all of his friends are in the basement. He gets the answers he’s been seeking, but it turns out he wasn’t even in the right ballpark of which questions to ask.

I’ll keep it spoiler light and just say that the house doles out is lessons and leaves the team on different footing for (hopefully) a second season, turning the dynamics ever so slightly and giving our people opportunities to move past the things that had bound them and figure out who they can now be without them.

Paolo Barzman directs a script by George R. Olson. I so, so hope we get to do this again next season. This show has been such a delightful find.

SurrealEstate airs Fridays at 10 pm/9c on Syfy in the US and CTV Sci-Fi in Canada. The first nine episodes are now streaming on the networks’ websites, and you can catch our previews and interviews with Tim Rozon, Tennille Read, and showrunner George R. Olson here. Here’s a sneak peek.