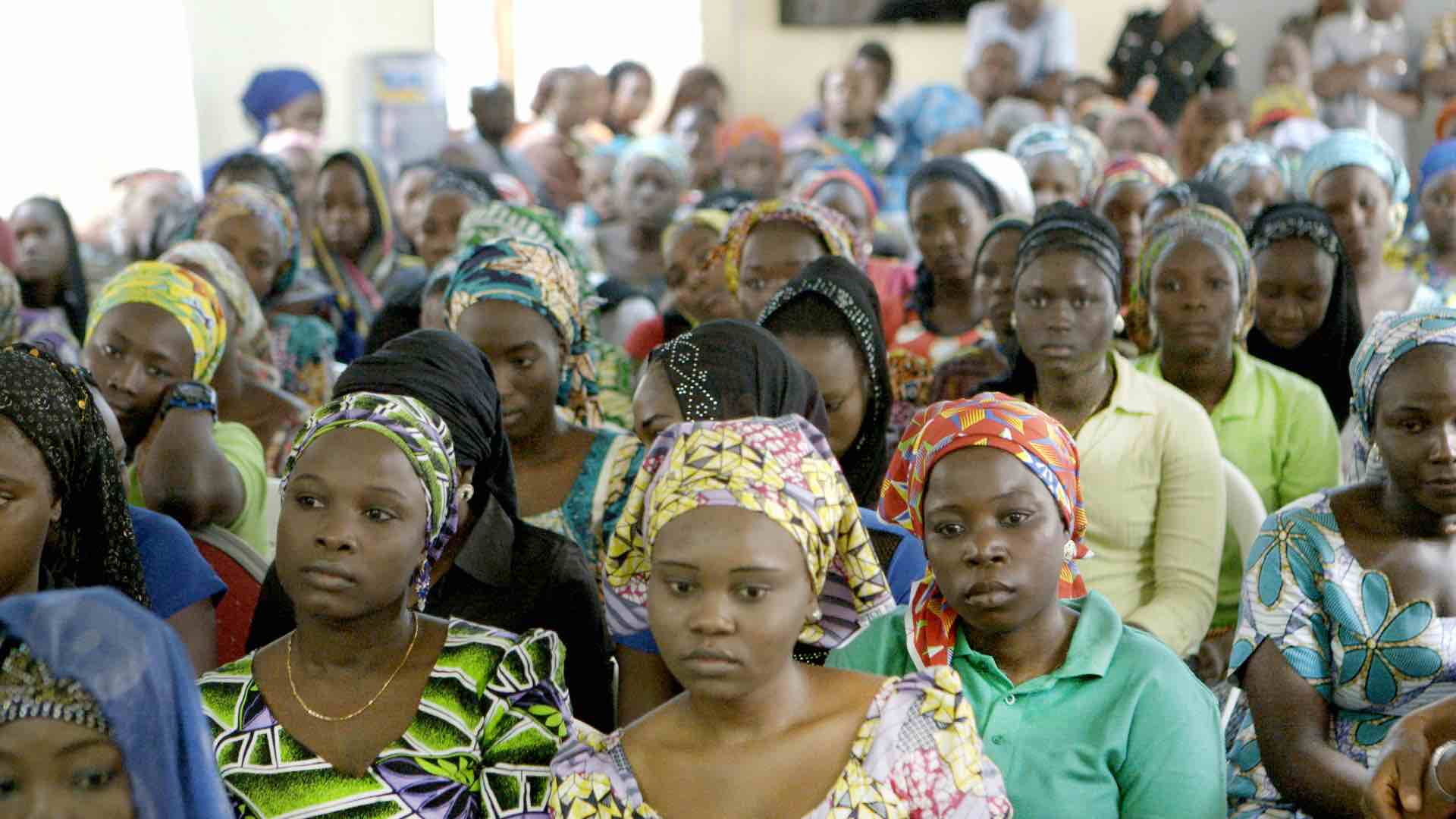 In 2014, 276 Nigerian school girls were kidnapped from a school in Chibok, Northern Nigeria, and hidden in the vast Sambisa forest for three years by Boko Haram, a violent Islamic insurgent movement. Granted exclusive access to the 82 girls who were freed last year and taken to a secret government safe house in the capitol of Abuja, the film reveals how the young women are adapting to life after their traumatic imprisonment and how the Nigerian government is handling their reentry into society.

Following a global social media campaign with the hashtag #BringBackOurGirls, featuring global celebrities such as Michelle Obama, huge pressure was brought to bear on the Nigerian Government to get the girls back. Four years later, more than 100 of the girls have been freed. Stolen Daughters: Kidnapped by Boko Haram chronicles reunions with family members they have not seen since they were kidnapped, as well as their process of coming to terms with what has happened to them.

I had the chance to speak exclusively to producers Karen Edwards and SashaÂ Achilli about the film. Here’s an excerpt about when they decided to make a film and how they went about talking to the Chibok girls:

TV GOODNESS: Thanks for making this film, I found it incredibly powerful. I’m wondering how you two decided you wanted to work together on this?

Karen Edwards: “Well, both Sasha and myself, we’ve got a track record of making stories about dismal places in the world focusing on women, and women who are in a position where they are treated badly or that we have concerns about their treatment in hostile environments.

So when the Chibok girls are kidnapped, and the #BringBackOurGirls campaign forced it to our attention — before that I was just like the rest of the world and wasn’t aware of just this scale of what was happening in Nigeria.Â Michelle Obama holding up the sign and the celebrities on the red carpet holding up the signs instantly opened their eyes to this story. And luckily,Â we had contacts that we could call on who reached out to us in the first instance and said, ‘Look, do you want to make a film on this?’ And the answer was obviously yes, and that was back in 2014. But as it sometimes does, the news story moved on, the girls weren’t rescued despite claims by the government at the time that they were attempting to rescue them.

But Sasha and I, we just, we didn’t forget the story. Once you know that there were girls being kidnapped in the thousands in a part of the world that the West has connections with — we send money, we send support, Nigeria feels familiar. We knew people out there, Sasha’s worked out there. I had contacts and worked out there. We just carried on following the story and we were very lucky that when we spoke to Nancy AbrahamÂ at HBO, she shared the same passion. In those three years, we all just kept talking saying, ‘When are we going to make this film?’

The Chibok girls are just 276 who were kidnapped in that instance, but there are thousands of girls nobody’s talking about in Nigeria. We were already feeling very passionate and determined to make a film showing what was happening to them. And then the Chibok girls were released and through contacts, we got exclusive access to them via government at the time.”

Sasha Achilli: “When Karen asked me to go to Nigeria in November 2016, I first reached out to the founder ofÂ Neem Foundation, who I had been in touch with years before. I was researching the #BringBackOurGirls campaign and through them, we got to know the story of the ‘forgotten girls’ in Northeast Nigeria.

The difficult bit was basically trying to figure out who we needed to speak to to be able to get access to the Chibok girls because at this point, Karen’s previous contacts were no longer there. It was a new government, a new administration.

So when I reached out, and they actually called back, I was startled at the same time because it’s really hard there and they were so controlling of the story, so protective of the girls. When they did reach out, I think it occurred to us that this was the right time. Despite the embarrassment that the government went through because it took so long to start negotiating the release, they had at that point released 21. And then when we finally went into the safeÂ house, they released 82 [total]. So they felt like they had been relatively successful at that point.”

Stolen Daughters: Kidnapped by Boko Haram premieres Monday, October 22nd at 8/7c on HBO. Check out part 2 of my exclusive Q&A after the film airs.

POV Preview: Will Comfort Women Ever Receive The Apology They Seek and Deserve From Japan?

Politicon 2018: Can "The Price of Free" End Child Slavery?