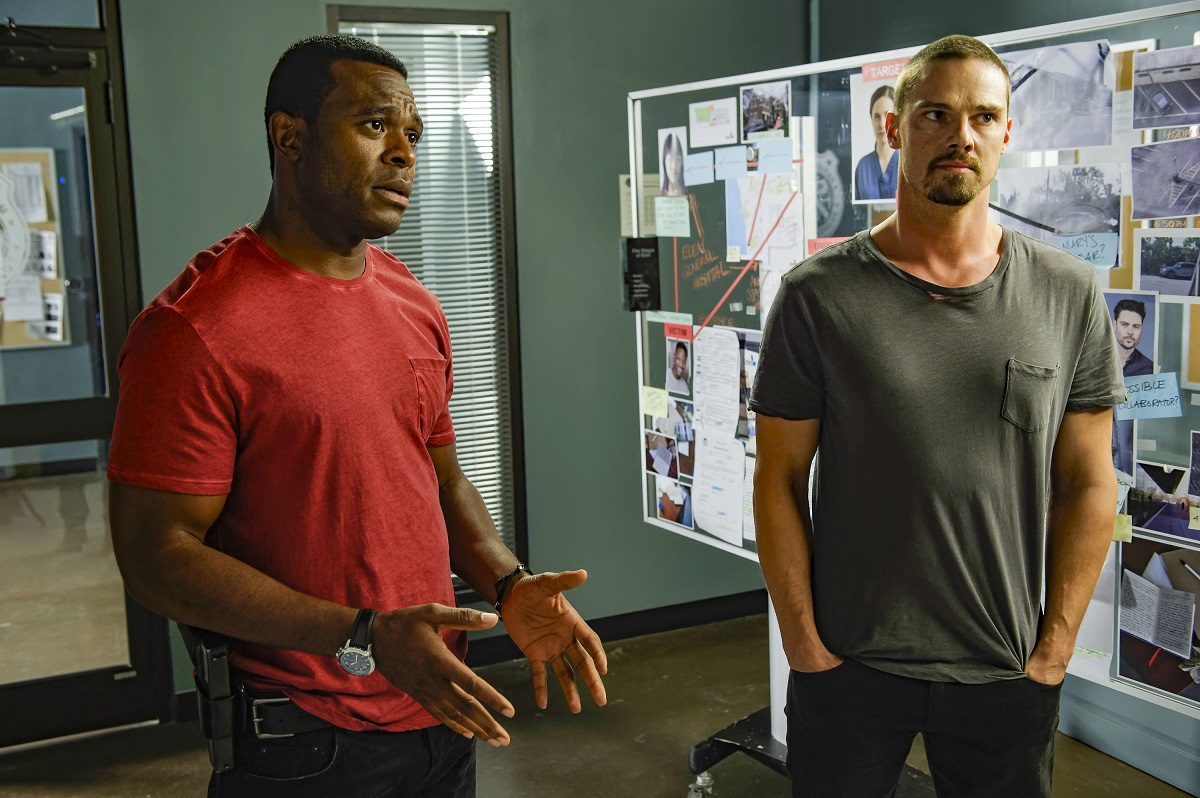 The closing moments of last week’s impeccable Mary Kills People premiere bleed over into the second episode at the most inconvenient possible opportunity, putting Mary and Des in a precarious position for themselves and a potential client.

That client, Yvonne (Andromeda‘s Lisa Ryder), and her son, Charlie (Degrassi: Next Class‘s Parham Rownaghi) find their appointment delayed because of the aforementioned wrinkle, and it gets really ugly for Des, but not so much that he can’t find the humor in it.

Mixed in there, Ben and Frank make some serious missteps and we find out what’s driving the urgency in their investigation. On the homefront, Mary extends the lie about Casper, and Jess deals with Naomi’s escalating shit-disturbing tendencies.

Mary also meets Grady, which goes just about as creepily as you’d expect. Last week on Twitter, I said he was dashing + terrifying = dashifying and he definitely is again here, but the good doctor extricates herself admirably, if awkwardly.

While the humor is still there, the second hour is much more emotional than the first as we spend more time getting to know the clients, and Mary hints at the pieces of her past that directed her into this second career. If you missed the premiere, it’s online now, so there’s no excuse not catch up and watch live this week and join the cast and crew live Tweet.

Mary Kills People airs at 10/9c Sundays on Lifetime.  Here’s a sneak peek of Sunday’s episode. The song at the end, in case you’re wondering afterward, is Gabrielle Aplin’s “Light Up the Dark.”

Two Takes: The Catch "The Knock-Off"