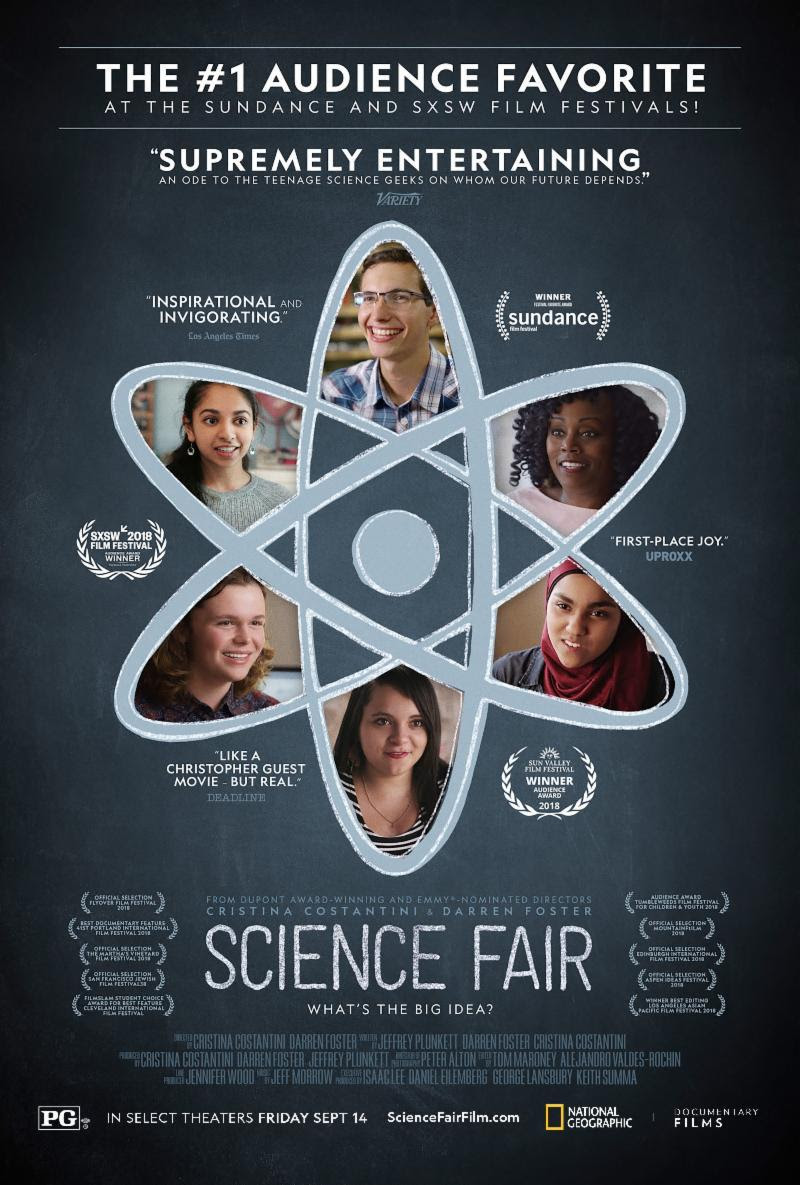 I remember participating in science fairs when I was in junior high and high school, but I don’t remember them being anything like this. Most of us probably only think of students who excel in the sciences as nerds and geeks. And that’s doing them a great disservice because they’re so much more than that. Yes, they are passionate about science, but they’re also curious about the world and those around them. These young people are trying to make the world a better place. These students are going to grow up to become the adults who will either cure cancer and/or prevent it altogether. These students are going to solve climate change. These students show us that science is valuable and can be used to make our lives better. These students are amazing.

Science Fair follows nine high school students from around the globe as they navigate rivalries, setbacks and, of course, hormones, on their journey to compete at the International Science and Engineering Fair (ISEF). As 1,700 of the smartest, quirkiest teens from 78 different countries face off, only one will be named Best in Fair. ThisÂ film offers a front seat to the victories, defeats and motivations of an incredible group of young men and women who are on a path to change their lives, and the world, through science. 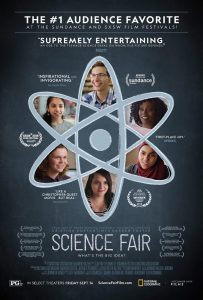 I attended the premiere on Saturday and had a chance to meet the students and talk to co-director Darren Foster and research teacher Dr. Serena McCalla. Here is part 1 of my exclusive Q&A.

TV GOODNESS: What made you want to make this film? I know you knew a little about the science fair, but could you have imagined all this?

Darren Foster: â€œNo, never. I got into this film because of [co-director] Christina [Costantini], because Christina had these experiences being an ISEF kid for two years. When she introduced me to this world I was completely oblivious that this even went on. So, I went and scouted it with her in 2016 and it just blew my mind. The minute I went there I said, â€˜This is gonna be an epic film. Letâ€™s go find the kids weâ€™re gonna follow.â€™â€

TV GOODNESS: How did you find the amazing Dr. Serena McCalla?

Foster: â€œWe were looking for schools that were the powerhouse schools and also the schools that were under-resourced and the longer shots. Jericho, obviously, ranks at the top. When we went there, we were actually looking for students but then we met this amazing science researcher. And we were like, â€˜How can we not include this incredible woman in our film?â€™ Itâ€™s the best decision we made. We broke the format that we had originally laid out because we just thought her perspective was so great and unique. It was the best decision we made, for sure.â€

TV GOODNESS: Dr. McCalla, what made you want to sponsor these kids and be so involved in all their projects? Iâ€™m so impressed that you had so many kids participate and do so well.

Dr. Serena McCalla: â€œHonestly? Itâ€™s because I didnâ€™t have it. I knew if I was gonna be an educator I had to be an excellent educator. As I tell my kids, IÂ expect excellence from them; I expect it from myself. So I know that I wouldnâ€™t do anything that I wasnâ€™t going to give 110% to. And it ended up that translated into me really pushing some great kids to do some really good things.â€

TV GOODNESS: Who do you want to see this film and why? What do you think itâ€™ll bring to the world?

Foster: â€œThe short answer is: everyone. [Laughs.] Thereâ€™s a lot of films about sports and a lot of things that inspire kids to try to achieve things in the sports realm. But thereâ€™s not much out there in terms of inspiring kids to think about a career or future in science. I think we also just live in a time where science may not be a priority at the national level. But then we have these amazing local leaders like Dr. McCalla who can rally kids in their community to do really amazing things. The thing about these kids is that theyâ€™re really doing things that have an impact on our world. Out of ISEF that we covered, there were more than 500 patents.â€

Foster: â€œThese kids are really laying the foundation for our future and so why shouldn’t we celebrate them like rockstars?â€

Science FairÂ opens in Los Angeles on Friday, September 21st. We meet the kids in part 2 of my preview, up now.