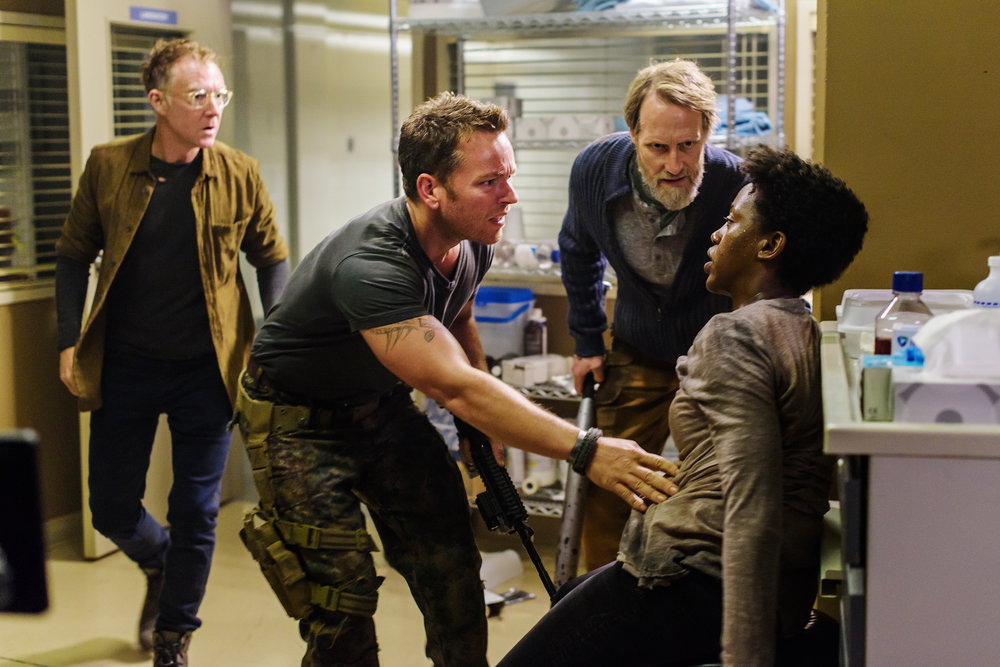 Jason Priestley directs his second Van Helsing in a row Friday night with “Help Out,” whichÂ puts the crew right back in another dire situation as they find out that being trapped 50 feet down in a bunker might be the least of their problems.

Before all that breaks loose, there a few quiet moments that allow Doc and Axel to clear the air about her continued reticence (whichÂ factors inÂ later in the episode when she has to make another choice), Vanessa and Susan to reminisce and imagine an alternate future, and Axel to come clean with Vanessa about a deception.

Rebecca visits a survivor encampment toting a supposed traitor to the resistance, which introduces us to a new face in the cause who’s not at all new to genre fans as Ryan Robbins begins his arc as Taca. Out in the woods, Mohamad makes a strangely chillÂ new friend with a different outlook on the vampires.