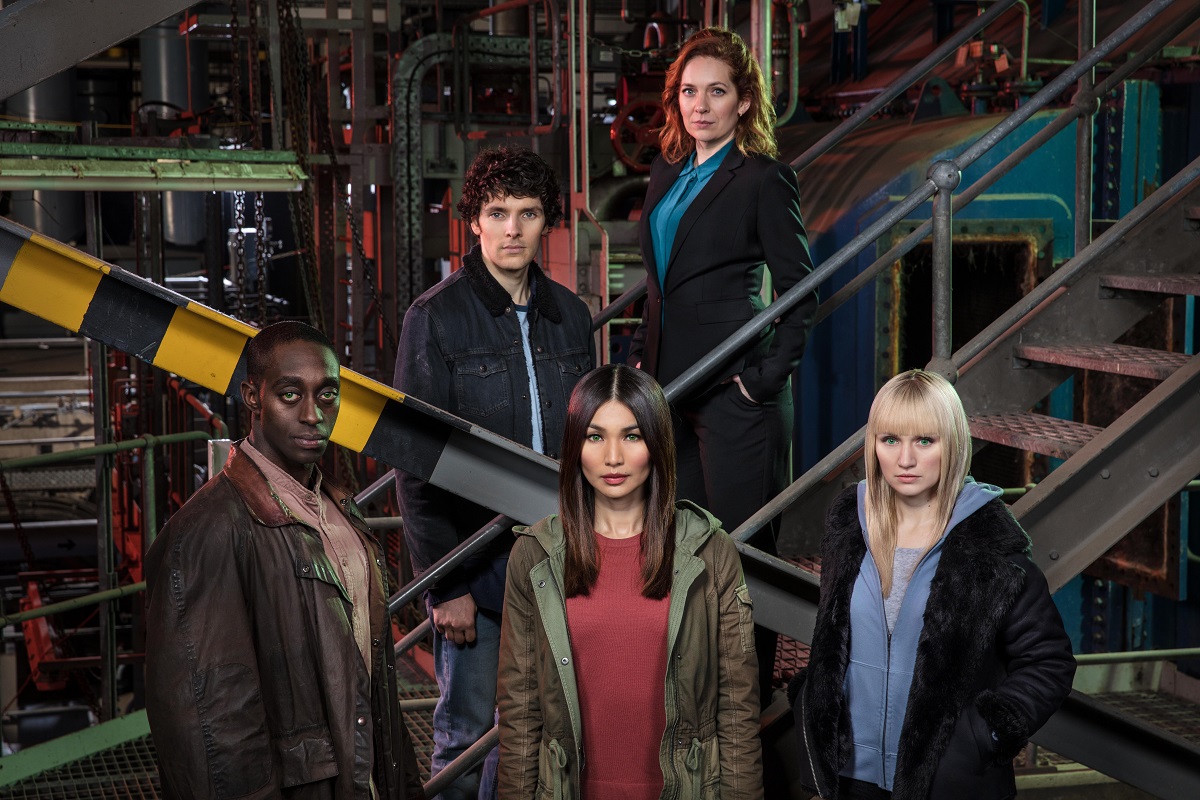 Almost 15 months after the conclusion of Season 2, Humans is back on AMC Tuesday night with its third season, which I’d legit missed was even a thing that was happening until a couple of months ago. Since this was a series that snuck up on me, that news flash was a lovely, welcome surprise.

Within the timeline of the show, Season 3 is set a year after the events of the second season finale, when Mattie (Lucy Carless) uploaded the code that made ALL the Synths sentient. Chaos has since ensued on a global scale, with humans pitted against Synths in violent and cruel ways.

Once again, internment camps are presented as a solution that instead, of course, exacerbates the problem and escalates tensions. One such camp is home to Max (Ivanno Jeremiah), Mia (Gemma Chan), and Flash (Ritu Arya), with Max trying hard to keep the peace amidst internal and external forces while they fret about Leo (Colin Morgan).

Personally, Laura (Katherine Parkinson) and Joe (Tom Goodman-Hill) have moved on separately, something Sophie (Pixie Davies) rebels against. We don’t get much of an initial bead on Toby (Theo Stevenson), but we do see that Mattie is focused on other concerns. Professionally, Laura is still caught between both worlds.

Niska (Emily Berrington) andÂ Astrid (Bella Dayne) are making a go of it in the not-quite-brave new world, which also poses a threat to Karen (Ruth Bradley) and her young charge, Sam (Billy Hawkins).

The tight episode lays out where everybody is, and what they’re dealing with in the aftermath of good intentions gone terribly, horribly wrong. As with other series I really like, I was immediately glad to have all these folks back on my TV, and although we’re returning to a darker world (which is saying something, given some of the threads of the last two seasons), I’m absolutely invested in them and their fates.

Humans will air Tuesdays at 10/9c on AMC. Here are a handful of sneak peeks. If you missed the first two seasons, they’re each a short eight episodes and online at Amazon,Â Google Play, iTunes, and Xbox.