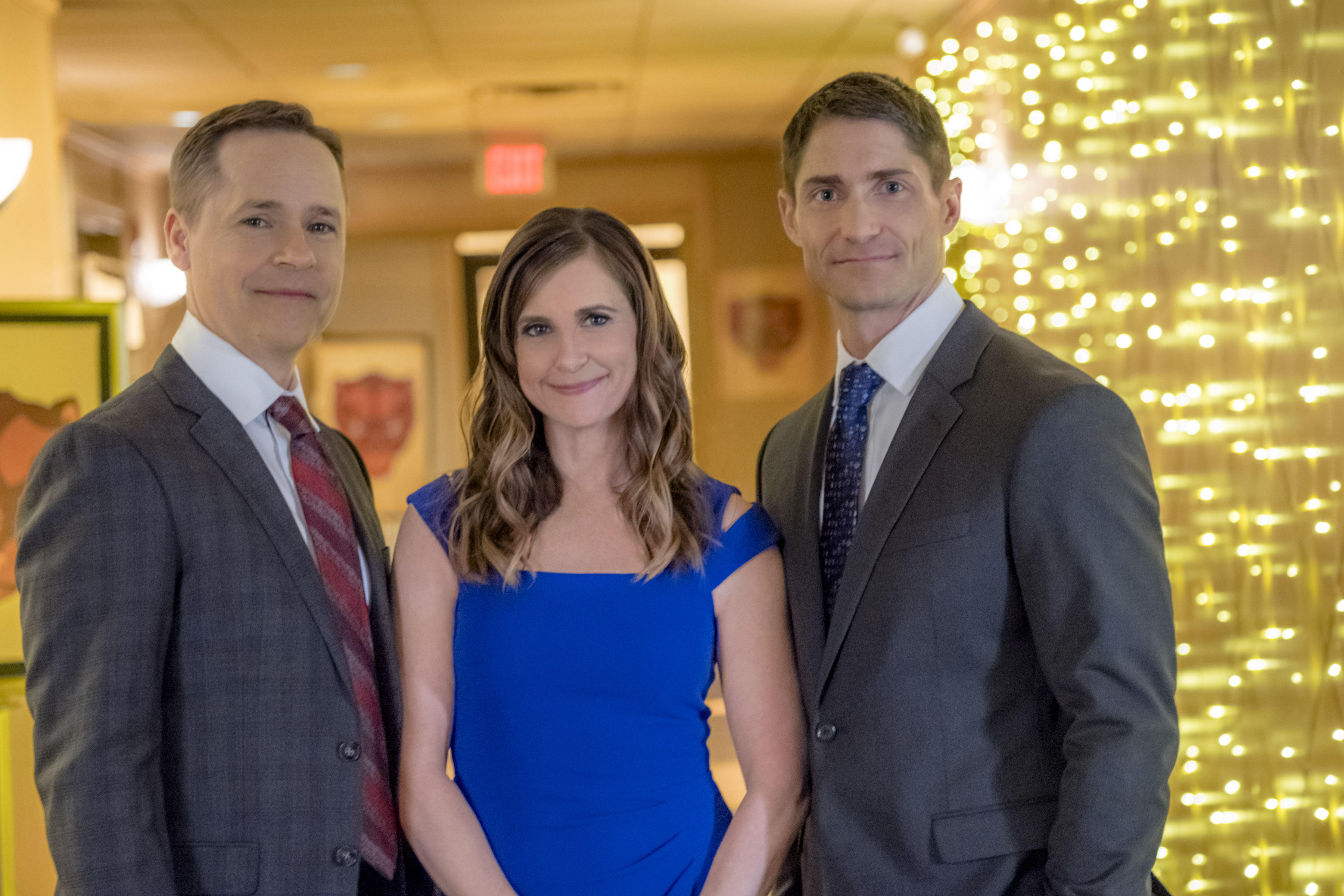 Similar to how Hallmark Movies & Mysteries has given all of August to new installments of Garage Sale Mysteries, tomorrow night, the network kicks off a month of Hailey Dean Mysteries, airing three originals over the next three Sundays.

The fun twist is that they’ll all feature Kellie Martin‘s Life Goes On co-star, Chad Lowe, who played Jesse to her Becca. As someone who was All In on that series and romance and am boggled that it doesn’t stream anywhere because it was a definite precursor to This Is Us, that’s plenty of hook for me. Here’s what we know about each film:

When a teacher goes missing at her nieceâ€™s school, Hailey Dean is on the case. With the help of Detectives Danny Morgan and Fincher Garland, she investigates the mysterious disappearance, which ultimately leads to the discovery of two dead bodies on the construction site owned by her former college friend, Clyde Bennett (Lowe).

Hailey puts her safety on the line to uncover the incriminating secret the victim planned to reveal before her death, and to track down the killer. With multiple suspects under investigation, Hailey must use her acute observation skills to solve the murders.

When an art dealer is poisoned, Hailey works with Danny, Fincher, and Monty to investigate. Joined by Clyde, she interviews the widow, whom she suspects knows more than she lets on. As the investigation unfolds, Hailey discovers an art forgery ring that may be linked to the murder, several suspects with motives, and an incriminating secret from the widowâ€™s past.

When the investigation unexpectedly overlaps with Haileyâ€™s psychology career, she must find a way to seek justice without compromising her obligation to a patientâ€™s privacy.

Emotionally ready to confront her fiancÃ©’s 15-year-old murder, Hailey finds herself caught up in the case of a missing college coed. The deeper Hailey digs into the young woman’s disappearance, the more she is convinced the two events are related.

Here’s a sneak peek of the new premieres, and the full preview special.