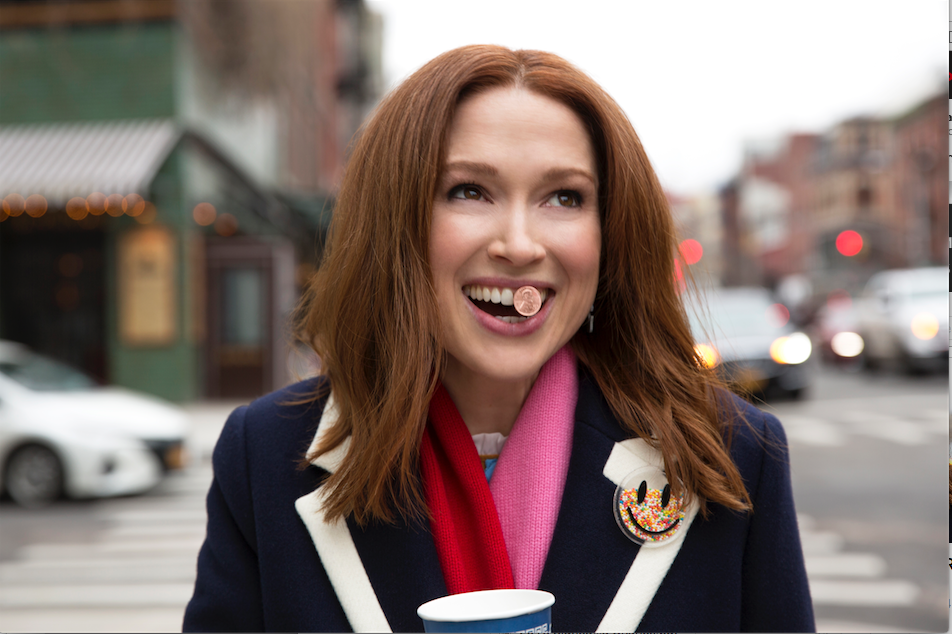 Netflix really knows how to get on our good side. The streamer recently released a list of guest stars for the upcoming fourth season of Unbreakable Kimmy Schmidt.

We won’t focus on season four being the final one for the comedy that stars Ellie Kemper, Tituss Burgess, Jane Krakowski and Carol Kane. Barring a wrap-up movie, that is. So speculates Deadline.

It’s better to concentrate on the positive. In this case, all the new and returning guest stars coming our way when new episodes return in just 20 days. Joining the madness for the first time ever are Busy Philipps, Greg Kinnear, Bobby Moynihan and Aidy Bryant.

BUSY PHILIPPS (406) plays Sheba Goodman, a hard-living heiress who has seemingly turned over a new leaf. She is the daughter of Artie Goodman (Peter Riegert), and her inheritance hinges on convincing her family that sheâ€™s stable enough to control her own finances.

GREG KINNEAR (401) plays himself (sort of). The affable star drops his son off at school one morning and finds himself caught up in one of Titusâ€™s elaborate schemes to win back his ex-boyfriend, Mikey.

BOBBY MOYNIHAN (403, 405) plays Fran Dodd, a menâ€™s rights activist. As founder and â€œC.F.Broâ€ of The Innocence Broject, Fran leads the resistance in the â€œwar on men,â€ which includes trying to clear the Reverendâ€™s name.

AIDY BRYANT (403) plays Tabby Bobatti, the Reverendâ€™s willfully ignorant ex-girlfriend. She lived with the Reverend the whole time he was keeping the Mole Women in his underground bunker, and Kimmy doesnâ€™t take that revelation lying down.

JON HAMM (403) returns as Reverend Richard Wayne Gary Wayne, Kimmyâ€™s former kidnapper, who is now serving a life sentence in an Indiana prison. When a fan from his old DJ days visits him in prison, the Reverend seizes the opportunity to reopen his case.

MIKE CARLSEN (401) returns as Titusâ€™s ex-boyfriend, the recently out construction worker Mikey Politano. Titus set Mikey free to stretch his wings as a gay man last season, but he is done waiting patiently for Mikey to come to his senses and come back to him.

ZOSIA MAMET (405) returns as Sue Thompsteen, the hipster harbinger of gentrification in East Dogmouth. Her enthusiasm for the latest, trendiest new thing leads her directly into an elaborate scam run by Jacqueline and Lillian.

DEREK KLENA (403) returns as Douglas, aka DJ Fingablast. When he seeks out the Reverend (aka DJ Slizzard) to spin at his wedding, it quickly turns into a â€œMaking a Murdererâ€-style documentary.

Hmmm…surely Tina Fey will be back in some capacity. Maybe Kimmy will need her mess of a psychiatrist again (even though she lost her license)? Or maybe the Unbreakable creator will play someone new?

Netflix is doing something different with this fourth season of Unbreakable Kimmy Schmidt. On May 30, six episodes drop with the remaining episodes being saved for a later airdate.

Killing Eve Preview: "Take Me to the Hole!"

Vikings’ Katheryn Winnick Previews 5 Scenes to Expect in Season 4B