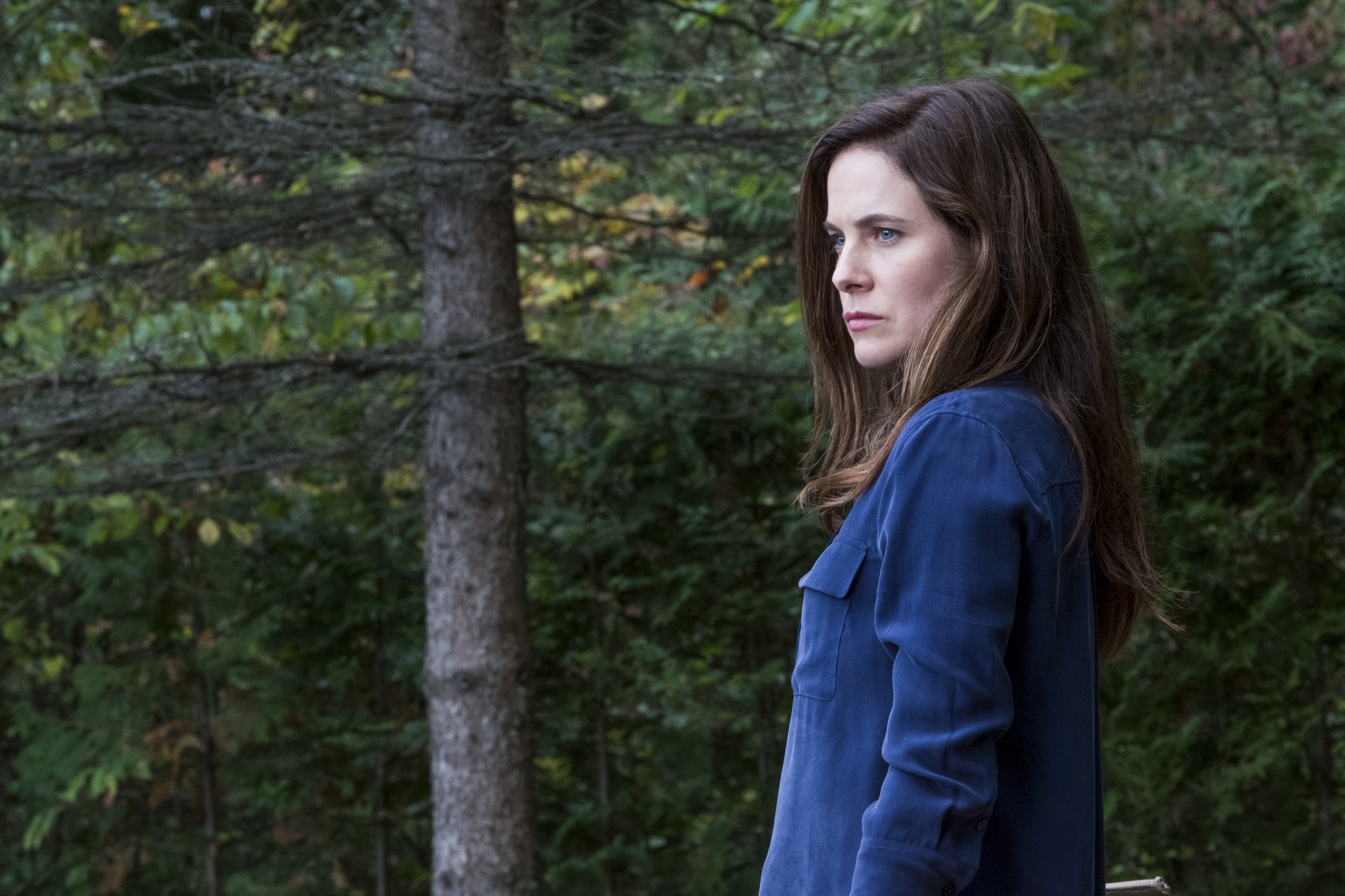 “Come to Jesus” and “Fatal Flaw” are two self-contained episodes that also tie together. In the first hour, Olivia finds herself in a pickle that gives Des and Mary some serious deja vu. Before that little bomb is dropped, Mary enjoys a few moments of semi-normalcy with Ben and she and Des help an old friend. It’s not all smooth sailing, though, as she encounters another bomb at home when Kevin rattles her with news about Jess and Cambie.

Then it’s on Mary to do some damage control. She gets pretty far with an olive leaf until her super secret side hustle once again rears up and Jess does not respond well. At least she has one friendly sounding board for her anxiety and anger.

The second hour finds Ben and Mary united in a plan while Des and Nicole move forward on the retreat with their first client, Brendan, the really lovely Salvatore Antonio. There’s some delicious scene work with Charlotte Sullivan that reinforces what an excellent idea it was to bring her back. Mary also makes a pretty significant decision about what she does for a living.

Olivia is the gift that keeps on giving and we get a stark reminder about the enemies you know and keep closer, and that enemy and friend are sometimes interchangeable terms. On that same subject, Naomi can’t help herself anymore with what she knows and in a pique of jealousy and hurt feelings, she finally acts out. That impetuous decision produces an unlikely reaction and resolution that’s truly the only logical way the thing could play out.

One of the set pieces in the final moments of the second episode is a gorgeous bookend to last year’s viking funeral. It’s beautifully written, acted, staged, and lit and packs an emotional wallop for a couple of arcs that we’ve watched all season. David Wellington directed both episodes. Lara Azzopardi, Tassie Cameron, and Marsha Greene wrote “Come to Jesus.” Morwyn Brebner wrote “Fatal Flaw.”

There’s no word yet on a third season, but we leave everyone in a very interesting place if they come back. I hope they do. The various relationships have been spun up on several fronts, so there’s plenty to explore, and a few tantalizing clues about what another season might bring for a new central mystery.

Mary Kills People starts one hour earlier Monday night, at 8 pm/7c, and runs a couple of minutes over until 10:02 pm/9:02, so set those DVRs accordingly.

There's a Deeper Meaning to Krypton's "Word of Rao"

Moving Pictures: A Finale Preview of The Big Bang Theory, Bones, The Office, The Mentalist & Supernatural

Wedding Band Season Finale Preview: “End of the World as We Know It” [PHOTOS]