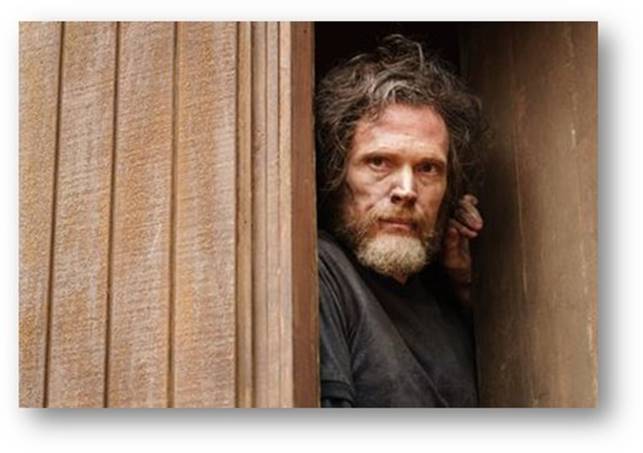 After last week’s “Ted,” I feel like we finally understand how Ted Kaczynski became so damaged. Ted was always an outsider because of his intellect, but the nefarious CIA-sanctioned experiments performed on him by Harvard professor Henry Murray definitely helped to push him over the edge. Is it easier to sympathize or empathize with the Unabomber? Not necessarily, but we have a much better idea of how and why he turned to terrorism.

When I talked to Director/Showrunner/EP Greg Yaitanes last month, I asked him specifically about this episode as well as episode 5:

Greg: “It is strategic how we planted Episode 6 [“Ted”]. Narratively, the events of Episode 6 are actually happening simultaneous to Episode 4. So we stepped back in time at that point because we found that framing Tedâ€™s story around the day of publication was a great idea and a great way to show Tedâ€™s life because youâ€™ve only seen him in an Orange jumpsuit to this point.

[In episode 5],Â we very much wanted to take Fitz to his lowest and most isolated point and really have you questioning your allegiance. His unravelling was to his detriment and then really introduce Ted and show that thereâ€™s an empathetic story to be told about someone who was turned into a murderer.

So, really, by the time you emerge out of that episode going into the arrest you were just kinda wondering whoâ€™s side youâ€™re on in that regard. I think you have a full understanding of each manâ€™s psychology.

Tedâ€™s story was very much taken from Tedâ€™s journals and the case file and writings and letters. Everything comes out based on that, based on the words heâ€™s speaking.

His relationship with the librarian and the son is real. We also thought that was a fascinating thing, because even after the arrest the real characters those are based on, never knew that side of Ted. They were as shocked as anybody, because he was his math tutor.

So nearing Fitzâ€™s descent and the gray area Ted KaczynskiÂ lives in, we felt like that it was important to connect those two episodes. 5 was a tough episode for us because youâ€™ve got to deconstruct your hero, but in such a way that you can build him back up again.”

In this week’s “Lincoln,”Â Fitz is up against the clock to find enough evidence for a judge to grant a search warrant of theÂ Unabomberâ€™s cabin. He finally discovers a linguistic â€œsmoking gunâ€ and gets a search warrant for Tedâ€™s cabin, but once Ted is arrested Fitz is left feeling unfulfilled by the victory.

Want to hear more of Greg Yaitanes’ thoughts on the series? Check out part 1 and part 2 of my interview.

Preacher Opens New Doors with "On Your Knees"

What They Said: Three Revealing Conversations from Survivor's Remorse "Closure"