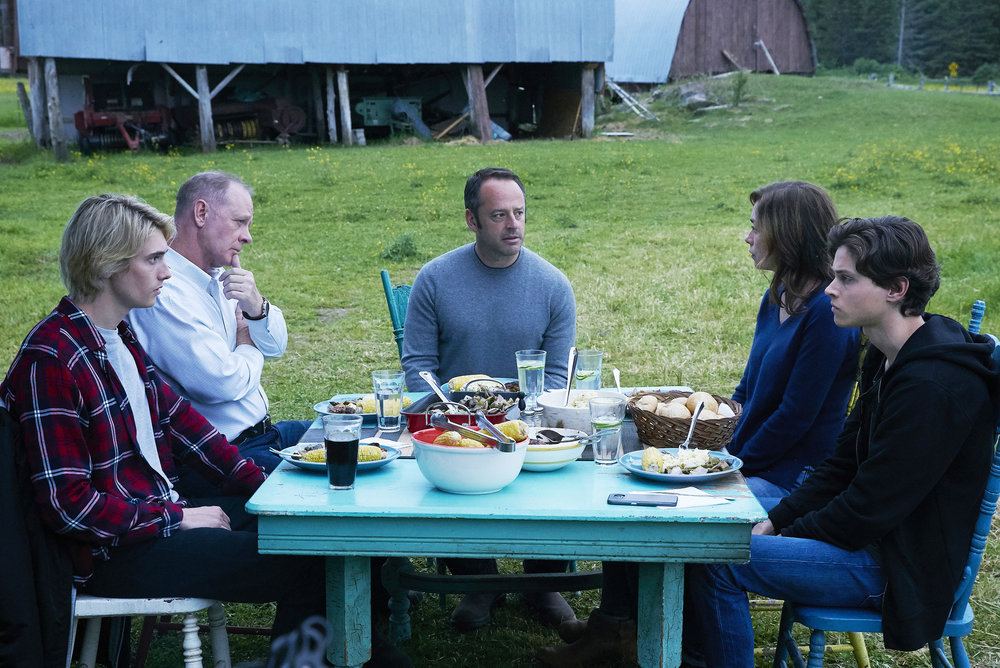 Sunday night on Eyewitness, Lukas, who as you can guess from the promos, didn’t use the gun we saw him with at the end of last week, finally has to come to terms with what and who he wants for himself, but not before some spectacularly shit-tastic behavior toward his bae. Fair warning–you’re going to want to shake him and/or punch your TV more than once.

On the upside, we can be more hopeful about his decision-making after the excellent scene last week with Philip and Anne where he finally said out loud–to the only one who truly sees them–that it’s hard for him to like Philip the way he does.

While Lukas sorts through that, Philip has to deal with blurting out a half-truth that Lukas will either confirm or deny, which sets up repercussions for both of them and creates a rift between Gabe and Helen. That also leads to the most awkward dinner party ever when Lukas and his dad are invited over.

Sita’s got her own reckoning after killing Mithat in front of Kami, who is desperately trying to find and protect her. Kane’s not terribly concerned about it because he’s busy running his own covert op, amping up his sociopathic charm to ask questions about Helen’s past that are none of his business.

The episode sets the stage for the final four hours, and most immediately for episode 7, which is my favorite of the season. We’ll talk about that next week.

Good news on the ratings front–after an all hands on deck push by TPTB and cast on Twitter, the show picked up 40K viewers for episode 5. Let’s keep that going!

Eyewitness airs at 10 pm/9 c Sundays on USA.  Here’s a sneak peek of “The Yellow Couch.”

Dancing with the Stars "Season 23 The Semifinals"