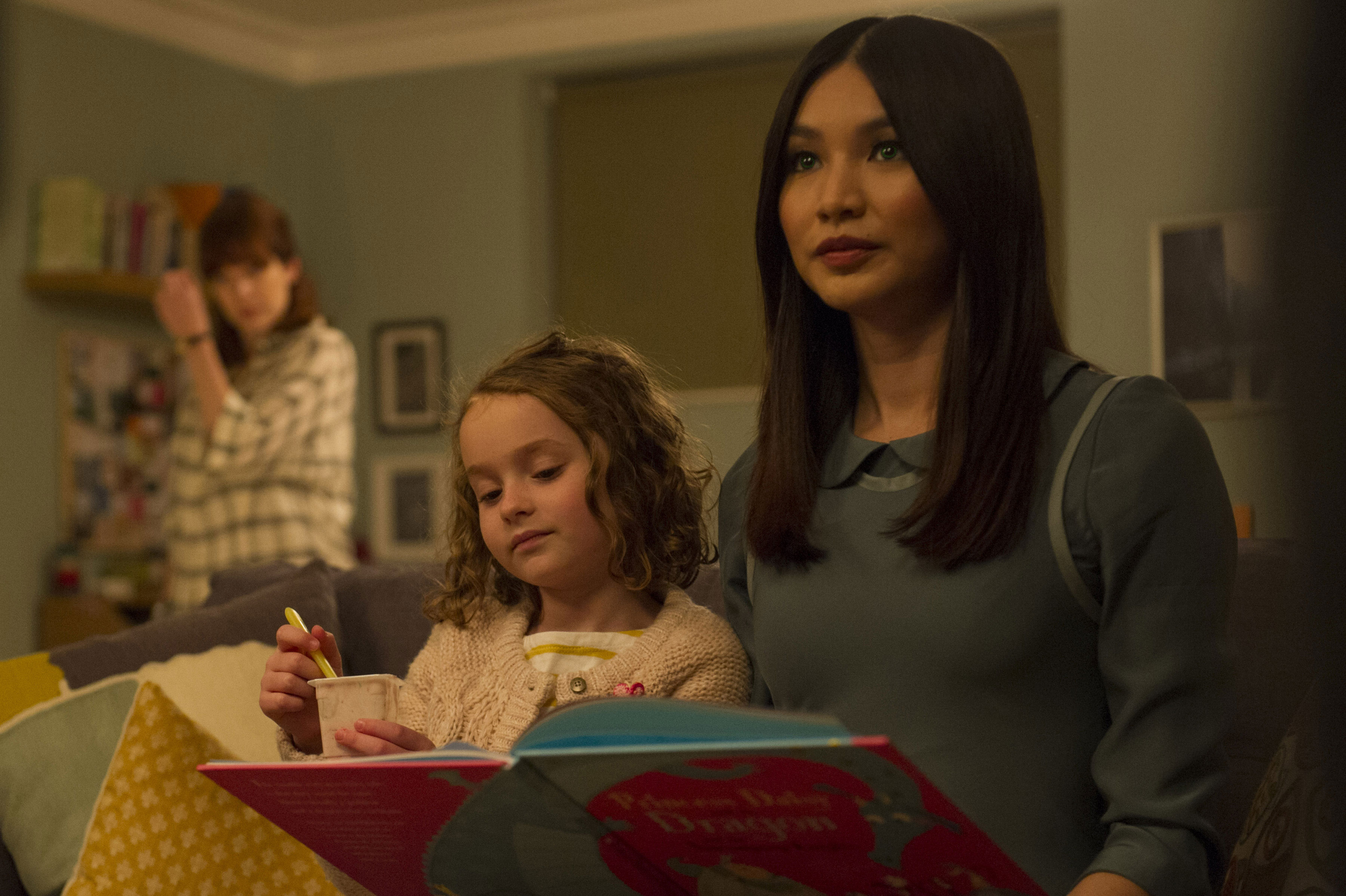 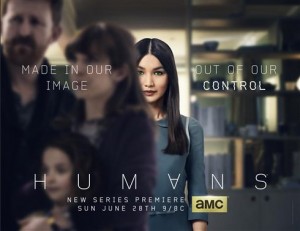 Starting tonight, AMC introduces viewers to Humans — a creepy good new series. It explores a new reality where Synths are a part of everyday life. These androids look human…but they’re so much more. And that might not be a good thing.

Series Synopsis:Â HumansÂ is an eight-part drama from the makers of Utopia and Broadchurch. The series takes place in a parallel present where the latest must-have gadget for any busy family is a Synth â€“ a highly developed, artificially intelligent servant eerily similar to its living counterpart. Featuring a talented cast including William Hurt (A History of Violence, Damages), Katherine Parkinson (The IT Crowd, The Honourable Woman), Colin Morgan (Merlin, The Fall), and Gemma Chan (Sherlock, Secret Diary of a Call Girl), Humans takes a riveting look at the advancements in AI and the theories that become a little less hypothetical every day.

What impact will this advanced technology have on the human population? Will this new way of navigating life be detrimental or beneficial to us as a human race? And who will we become when this technology arrives?

TV Goodness took part in a recent press call that featured Humans writers Jonathan Brackley and Sam Vincent. The two teased upcoming episodes, some of the more challenging aspects of developing the series; and the show that inspired Humans.

Humans is an American and British hybrid with AMC and the UK’s Channel 4 taking onÂ co-producing duties. However,Â the series is actually based on a Swedish showÂ called Real Humans.

Jonathan Brackley: We based most of our characters on characters or amalgamations of characters from the original Swedish show. And I think certainly in the first episode at least, you see quite a lot of similarities in their plot strands where they start.

As the season continues, the similarities will end as thingsÂ headÂ into a completely different direction.

Brackley: By the end of our series, all our characters are in a completely different place to where they are in the Swedish show.Â I think generally our show is probably a bit darker than the original Swedish show. The material sort of lends itself to exploring sort of darker, seamier side of humanity I think.Â And we were allowed to do that, particularly because we were on a network in the UK – Channel 4. And on AMC here, weâ€™re allowed to do that. Where in the Swedish show was on a more mainstream network and they couldnâ€™t really do that.

One of the biggest challenges Brackley and Vincent faced is figuring out how to balance the emotional and ethical issues of the series with the technological and scientific aspects.

Brackley: Itâ€™s sort of a new and slightly unusual show in a way because it has elements of genre in it. And thereâ€™s a sort of a thriller aspect.Â But itâ€™s also very much sort of a domestic drama and an emotional drama. Because when we came to it we wanted to explore the sort of ensemble of characters and explore this world in a very sort of 360 degree way, rather than focusing on one sort of narrow aspect of it.

The two did their best to tease some of the upcoming episodes — as non-spoilery as possible. But, as usual, you’ve been warned.

Vincent:Â I will say that in episode threeÂ there is a moment that a lot of people — maybe a majority of people will have to watch through their fingers. Iâ€™m not giving anything more than that, but itâ€™s a key moment for the show.

TheÂ writersÂ alsoÂ shared their opinions on which storylines they feelÂ will hook viewers initially.

Brackley: The fact that we have a sort of a regular everyday family thatâ€™s the heart of the show I think draws people in, that sort of domestic setting and the sort of familiarity I think people really respond to.Â But something we found talking to people here and back home where the first two episodes have been shown on Channel 4, is the George and Odi story line. People really respond to that.

Vincent: AÂ huge part of the credit is down to what the actors did with that — William Hurt and Will Tudor is Odi. And then also Rebecca Front as Vera comes into it is immensely funny and sinister at the same time –Â I think they did a wonderful job. I think that is really striking people emotionally. But I think the kind of eerie threat of interloper in the home is kind of quite an ancient and wonderful story format. And whether or not trying to figure out whatâ€™s going on with Anita and just how dangerous she is and what she wants if anything is a real driver of intrigue, brilliantly driven by Gemma [Chan]’s performance and by the performance of the whole family.Â And then thereâ€™s also the more conventional thriller element, the much more sort of action pace-y element with Leo and Max and their quest to reunite the group which kind of provides us with a good counterpoint really against the more domestic stuff.

HumansÂ premieres tonight and will air Sundays at 9/8c on AMC. For more information on the AI aspect of the series, Meet the Synths.

An In-Depth Look at Humans: