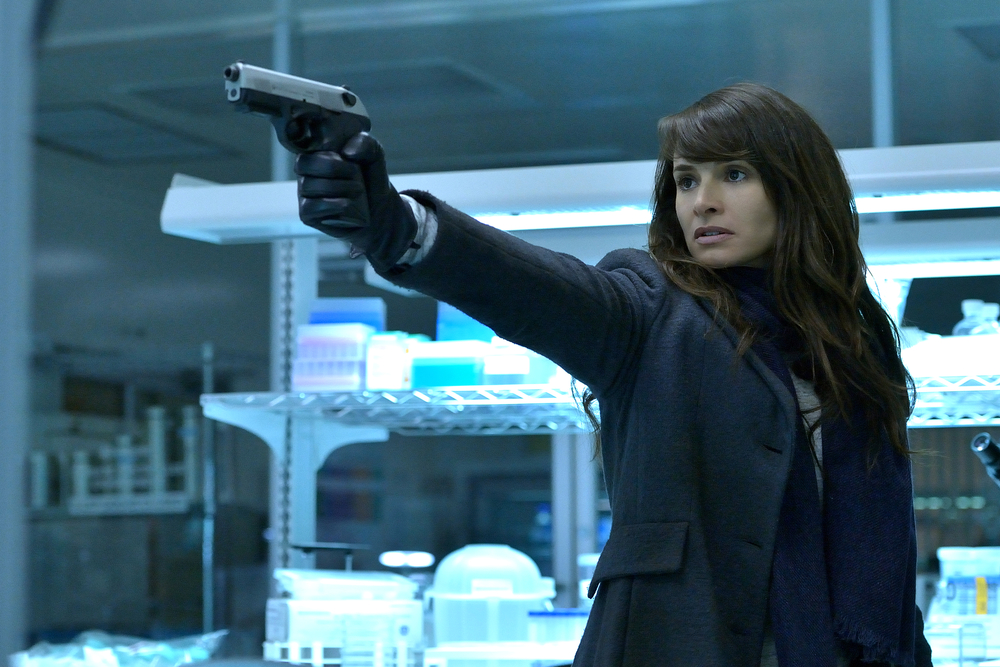 While it was surprising to discover that exposure to direct sunlight didnâ€™t weaken The Master enough for Setrakian to kill himÂ outright, his current host body is dying due to the damage Setrakian was able to inflict. As a result, The Master instructs Eichhorst to prepare the succession, which, for now, entails kidnapping some blind children and eventually finding a new host for The Master to inhabit. But why does he need the kids? Why, specifically, do they need to be blind from birth? And who is he considering for his new host body?

We know The Master had a special purpose in mind for Kelly when he called her to him last season and in “BK, NY,”Â we not only see The Master restore her memories and maybe even a tiny bit of her humanity, but we also discoverÂ why the blind children were taken.

Eichhorst describes The Feelers as having sight and perception beyond the physical spectrum. With this new “family,” Kelly will work even harder to locate Zach. Why is that important to The Master? Because it will lead him to Setrakian. They’ve been trying to eliminate this particular threat for a long time. It looks like they just got serious.

Chuck Hogan on Kelly and The Feelers:

There are 7 vampires who are referred to as The Ancients. The Master left the group (or was he exiled?)Â and the other 3, who are beingÂ provided for and guarded by Vaun, are now in league with both Setrakian and Gus.

Carlton Cuse on The Ancients:

Setrakian Makes a Deal with the Enemy

Iâ€™m not really sure Iâ€™m all that surprised that Setrakian agrees to work with the very enemy heâ€™s fighting. Are humans only of interest to them if they have some connection with The Master? Is that how they get on their radar? We know Gus transported the coffin into the city last season and Setrakian wounded The Master enough for the ancients to see him.

I love that Setrakian doesnâ€™t hesitate to ask how The Master can be killed. Of course they wonâ€™t tell him, because then Setrakian will know how to take out the entire vampire threat. But because these 3 Ancients are also looking to eliminate The Master, theyâ€™ve come to an uneasy alliance â€”Â for now.

Since they arenâ€™t as skilled or as proficient at vampire hunting and killing as Setrakian and Fet, Eph and Nora decide to go back to what they know â€” the science of this “disease.” They pretty quickly determine that they wonâ€™t be able to find a cure or a vaccine, so they need to think of a way to infect the vampire population. But Nora and Eph need test subjects whoâ€™ve been infected. As luck would have it, their excursion to Setrakianâ€™s storage unit procures just that.

Mia Maestro on Nora and EphÂ experimenting on the infected couple:

When Setrakian learns that all the research he’s done and the knowledge he’s gained over the past few decades seems to be useless, he doesn’t take it well. Is everything a myth or a lie? What information can he trust? Where can he go to find the information he needs to kill The Master?

The Occido Lumen is rumored to beÂ an account on the nature and origin of the strigoi, as well as a key to their destruction.Â It had been a myth until Setrakian gets The Ancients to admit it exists. But apparently it’s so dangerous to the The Ancients that the mere mention of it almost gets Setrakian killed. Because of this, Setrakian feels he must risk the group’s safety in going to the storage unit. Thereâ€™s a page from the book there and it’s important enough to die for.

David Bradley on the book and aligningÂ himself with The Ancients:

What is Eldridge up to with this warehouse and what will he be doing there? Eichhorst is very specific about the draining/liquid needs, so that gives us a pretty good idea of the purpose of this building. But perhaps the more interesting takeaway from all this (for now) is Eldridgeâ€™s interaction with Ms. Marchand. Itâ€™s clear heâ€™s impressed with both her beauty and her mind.

Jonathan Hyde onÂ what we can expect from that relationship: House of Lies “Til Death Do Us Part”

Cortney’s TV Goodness All-Stars 2014: How To Get Away With Murder’s Viola Davis