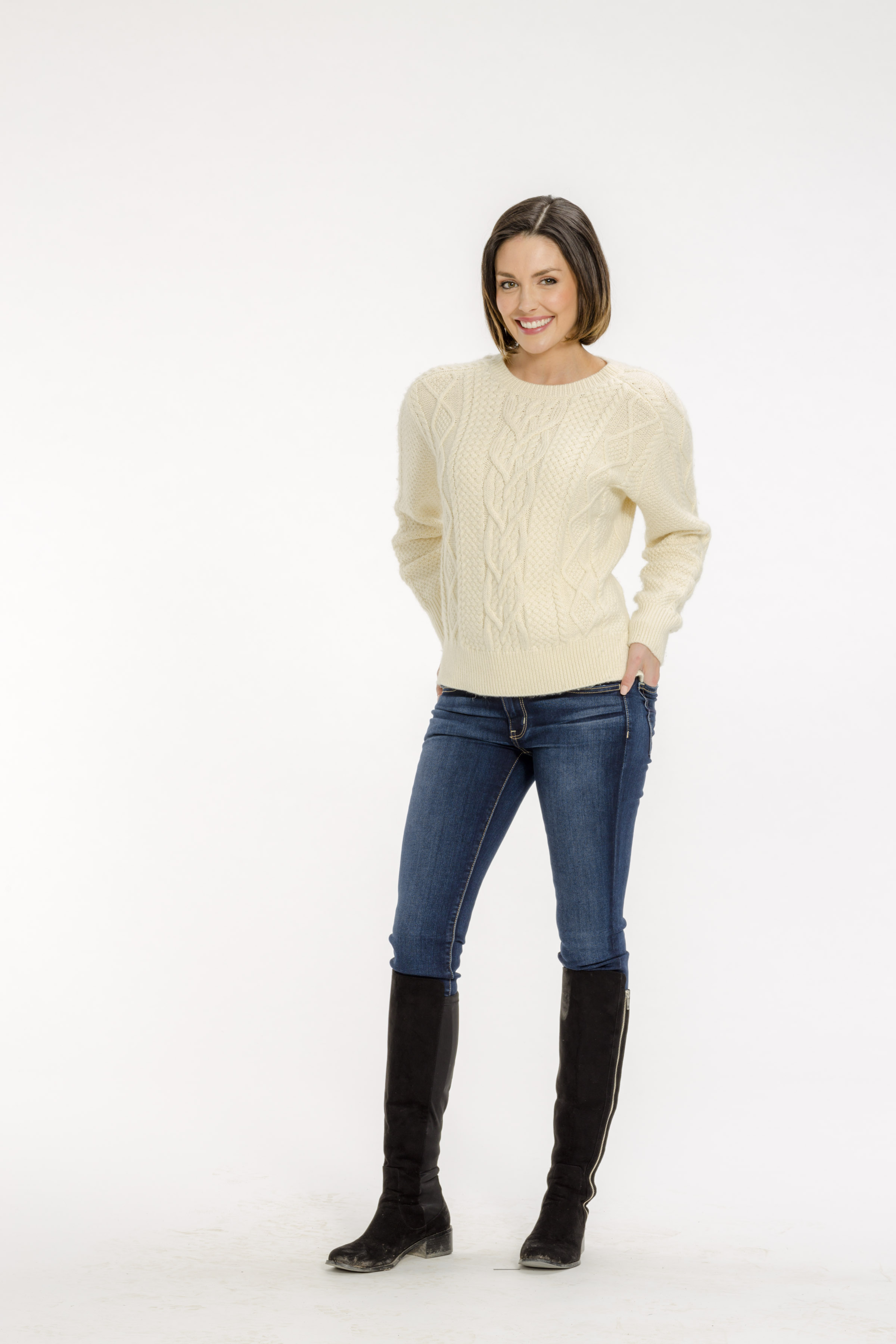 A young woman faces her future as a lawyer in a small New England town where the annual Christmas ice sculpting competition in which she and her father have always competed has been cancelled. Working to save the festival, she meets a reluctant sculptor who reignites her passion, in more ways than one. Photo: Taylor Cole Credit: Copyright 2017 Crown Media United States LLC/Photographer: Jan Thijs

Our 12 Days of Hallmark Holiday Favorites is winding down. My next-to-last pick: Taylor Cole.

Much like the other actresses I chose to highlight this year, Taylor Cole is someone I adored way before she ever touched down in the Hallmark universe.

Cole first popped up on my radar in 2004/2005 when she was on The WB’s soapy series Summerland. Then in 2006, she guest starred in an episode of Supernatural called “Provenance.” She played Sarah Blake, who became a love interest to the younger Winchester brother, Sam.

Sarah was pretty much the first woman Sam connected with since his girlfriend Jessica was brutally murdered. I feel like Sarah really connected with the SPN Family. Unfortunately, when Cole made a return appearance, the show killed off the character, a move that upset many fans. And by many fans, I clearly mean me. I still haven’t gotten over that loss.

Over the years she’s made appearances on Heroes, CSI: Miami, The Glades, Ballers and with a quick check of her IMDB page, she’s been spending a lot of time on The Originals to the tune of most of season four and an episode during season three. Great. Now I’m going to have to play catch up especially since the show is slated to end in 2018.

Cole’s certainly no stranger to Hallmark audiences. Her credits include: Appetite for Love (with Andrew Walker), The Art of Us (with Steve Lund) and My Summer Prince (with Jack Turner).

This year, she plays Emma the lawyer / ice sculpture artist in Christmas Festival of Ice. But her holiday movie I really want to highlight is 2016’sÂ Christmas in Homestead.

Her costars are Michael Rady (UnREAL/Melrose Place reboot) a.k.a. Matt and Jeff Branson (Ten Days in the Valley/All My Children) a.k.a. Vince. This flick is pretty meta. The concept: Cole plays Jessica McEllis, a big time superstar actress (she’s won a Golden Globe, people) who’s producing her next film, which is a holiday movie shot in a small town where she falls in love with the resident innkeeper.

While Jessica and her Hollywood crew are shooting this movie on location in Homestead (a small town), she falls in love with the innkeeper/mayor of the town. Meta, right?

Jessica’s a tiny bit of a diva but she’s not an over-the-top one. She’s likable and I love the dynamic she develops with Matt, his daughter Sophie (General Hospital‘s Brooklyn Rae Silzer), and ultimately, the residents of Homestead. Cole simply glows in this role.

You can bet I’ll be watching her upcoming Hallmark movie that drops next month. Yes, Cole smoothly transitions from Countdown to Christmas to Winterfest 2018 with One Winter Weekend.

Synopsis: Cara, a womenâ€™s magazine writer who gets burned by her boyfriend on New Yearsâ€™ Eve, decides to go on a dating detox. Challenged by her employer to write about it, she hopes a spontaneous ski getaway with her best friend will spark inspiration. Complicating matters, they discover theyâ€™ve double booked their chalet with two eligible men, including Ben, an entrepreneur. When the share-mates get snowed in, Cara and Ben are thrown together.

I would love it if Hallmark provided Cole with a franchise Ã  la what Alison Sweeney has with Murder She Baked, Candace Cameron Bure has with the Aurora Teagarden Mysteries, Dylan Neal and Brooke Burns have with The Gourmet Detective films and Lori Loughlin has with the Garage Sale Mystery movies.

I’m going to put this wish out in the universe. Hopefully it happens sooner rather than later.

Until then, here’s where you can see a couple of Cole’s films:

Unfortunately, it doesn’t seem like Christmas in Homestead re-airs before the end of the year. But it’s worth a watch (or three) if you can track it down somehow someway.