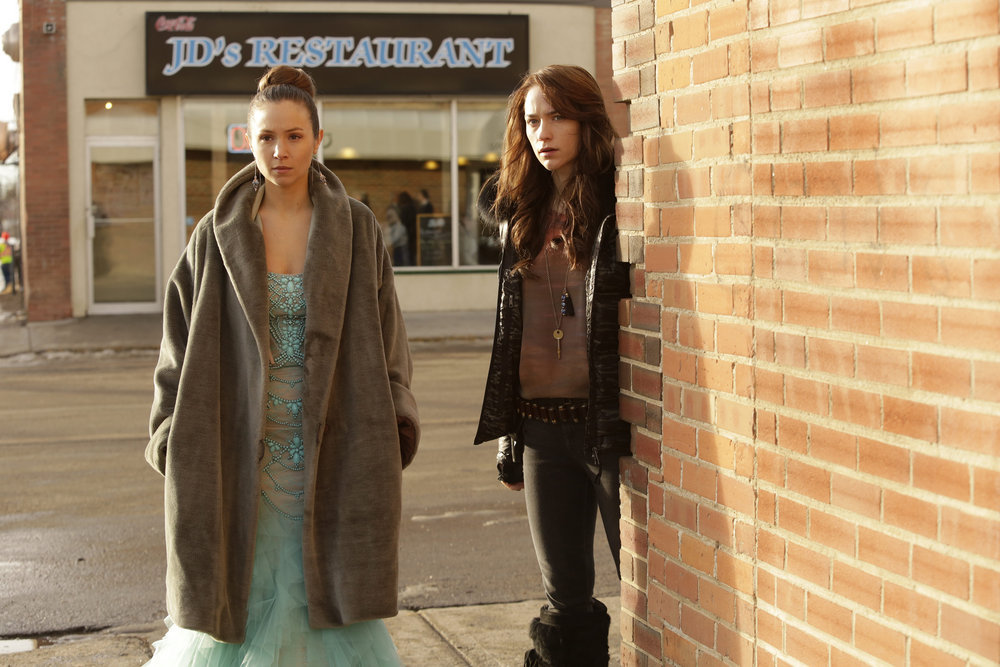 There are some season finales that make you want to punch your television (*cough* Penny Dreadful *cough*) and others that make you want to go back and watch the whole season because they wrap everything and then tantalizingly dangle the tiniest morsel of something new with a coy little, “Oh, that? We’ll get to that. Have a nice hiatus!” Orphan Black just did this in the best way, and Wynonna Earp follows suit Friday with a season finale that is full-stop circle the wagons as they all (sort of) try to save Willa and stop Bobo.

Because that’s easier said than done in a town called Purgatory, where, as one character astutely points out, everyone has “gone 5150,” there’s a lot of gun play, ass kicking, and even a grenade. Whatever it takes, right?

On the emotional side of things, the ladies, and even Doc and Dolls, who realize how exponentially complicated this latest wrinkle is, bring it. Somewhere along the way, this little show that could turned a corner into something magnificent, majestic, and empowering, and I love it to bits.

If you’re not standing on your couch at the end of the hour, it’s because it killed you or you blacked out. It’s really that good, y’all.

I hopeÂ Syfy is paying attention to how dearly the fans love, defend, and pay homage to this show so that they’ll get to renewing it ASAP.

I’ll be back Friday night with final thoughts on the season, and a chat with showrunner/evil genius Emily Andras.

Wynonna Earp airs Friday at 10/9c on Syfy. If you missed an episode, you can catch up on syfy.com through your cable provider. Here’s a sneak peek of “I Walk the Line.”

Game of Thrones Season 6 Finale Preview: "The Winds of Winter"

Nashville Preview: “How Far Down Can I Go” [PHOTOS]