We know that every single person who’s put their trust in John Constantine has died — well, everyone except Chas. But the fact that he can’t really be killed makes his friendship with John a little bit easier. So I believe John has Zed’s best interests at heart when he tries to warn her away. But Zed isn’t interested in that. Whatever the future holds, it’s something they need to experience together;Â  they’re connected. Considering John’s line of work, he really does need all the help he can get. I love that he can’t hide his true emotions from Zed when she touches him. And her “gift” can be a huge help to hunting down demons. The fact that they have a spark? It’s a bonus.

TV Goodness participated in a press call with series star Matt Ryan. I asked him to talk about his relationships withÂ AngÃ©lica Celaya‘s Zed, Charles Halford‘s Chas and Harold Perrineau‘s Manny and to tease what’s coming up for all of them.

Matt Ryan: “Chas is Johnâ€™s oldest and closest friend and the only one whoâ€™s been around, who hadnâ€™t died although Chas does die. [He] has an extraordinary gift so he keeps on coming back. But whatâ€™s great about Chas is that he provides a logic to John. John is an addict. Heâ€™s a demon addict, if you like, and he provides a grounding to John. And also, heâ€™s helpful in a fist fight as well. He’s the brawn to Johnâ€™s brain. Johnâ€™s scrappy, you know? Heâ€™s not afraid to get into a fight. But at the same time, Chas could probably help him out in a lot of situations there

With Manny, whatâ€™s really interesting is theyâ€™re almost like two gunslingers standing opposite each other, that need each other but they could shoot each other at any time. With this relationship thereâ€™s conflict there. They don’t really want to be in each otherâ€™s company particularly. But they know that they have to and that theyâ€™re useful to one another. So I think thereâ€™s a really interesting conflict there. What we see developing is how Manny helps John and how that relationship develops. There’s a very interesting dynamic between them. After episode 4 where John and Manny, their relationship takes a shift and moves in a slightly different direction. But itâ€™s an uneasy kind of relationship which makes for a lot of tension and a lot of conflict.

Zed is a feisty one, let me tell you. Sheâ€™s great because sheâ€™s someone who gets in Johnâ€™s face, doesnâ€™t take any of his shit. Sheâ€™s not afraid to smack someone in the face when it comes down to it. And she also has this unique ability very useful for John. They need each other. But at the same time, thereâ€™s a chemistry between them which could develop into something more. Sheâ€™s mysterious, has a mysterious background. Whatâ€™s interesting about these two characters is they work together on some level but then theyâ€™re both reluctant to reveal [their] past to each other. So, thereâ€™s a constant looking out of the corner of each eye with each other which is really interesting. Then thereâ€™s the sexual chemistry between them as well which – which leads to a really kind of fun play in between the two of them. And – and that relationship throughout the series, will kind of develop in a very interesting way, I must say.

With Chas, the whole point that he canâ€™t die now that he came back. What is this? We actually get into that as well and his whole back story which is a really great episode, how all that came about. So we should be in for some interesting stuff with all those relationships.”

In “The Devil’s Vinyl” we’re introduced to Papa Midnite. If you’re familiar with the comics or the movie, you know he’s not good news for John.

John and Zed engage in a dangerous confrontation to save a woman and her family from sinister forces. John’s efforts force him to confront the darkness in his own life – while also coming face to face with a new powerful adversary in Michael James Shaw‘s Papa Midnite?

All images courtesy of Tina Rowden/NBC. 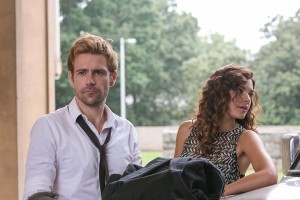 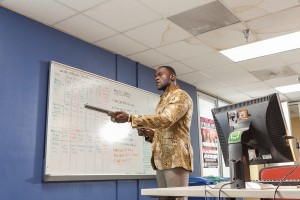 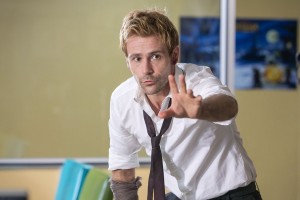 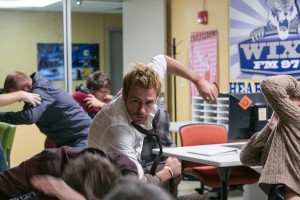 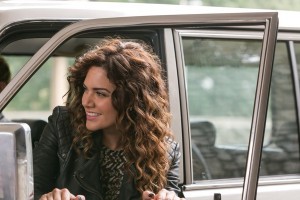 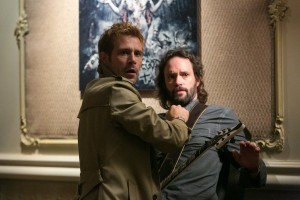 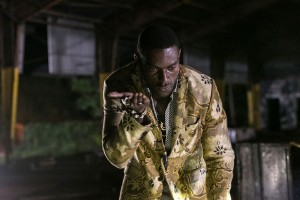 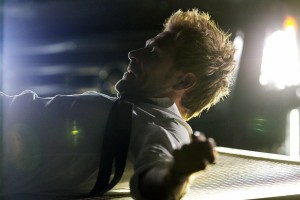 How to Get Away with Murder "Deserved To Die"