Director Coulson. It does have a nice ring to it, doesn’t it? And he’s got a momentousÂ job ahead of him. Not only does Coulson have to rebuild S.H.I.E.L.D., but the team are wanted fugitives with no resources. And no one trusts them. So, where does that leave them? Fighting against powerful forces that continue to threaten our world. I’m so excited about new additions Nick Blood and Henry Simmons and exciting guest stars like Lucy Lawless, Adrian Pasdar,Â Brian Patrick Wade and Hayley Atwell. I can’t wait to see how Coulson is able to pull it all together. I’ve never doubted him and I never will.

TV Goodness talked to series star Clark Gregg at Comic-Con this year. He discussedÂ rebuilding S.H.I.E.L.D., when the Avengers might learn of Coulson’s resurrection and whoÂ he might recruit for his team from the Marvel universe.

How excited are you for that?

Clark: “I’m pretty stoked, I gotta say. I’ve had a series of moments – you’ve probably heard me say it – with this, where it went from my neighbor calling me up and asking me to do a couple lines in Iron Man to the immensely talented Sam Jackson handing me a little black cube and making me director of S.H.I.E.L.D. and maybe an Avenger. Each one of these nearly killed me, but I think I may be most excited about the concept of a post-HYDRA reveal where S.H.I.E.L.D.’s outlawed, Nick Fury’s gone underground, they have no resources and Coulson’s had to lose Agent Ward to HYDRA. To rebuild S.H.I.E.L.D. from that point of view — brass knuckles, back alley low-fi espionage is very exciting to me.

And though we just started shooting [two months ago], already out of the gate, we suddenly find the tremendously bad-ass and really impressive Lucy Lawless at my side, along with a much more ninja version of Skye, Agent May, who I now trust again and FitzSimmons. We don’t know what shape Fitz is in. To go forward with that team and probably, as far as I can tell, having to form some other teams and to be almost like a bunch of cells moving forward — that’s a really exciting way to go and it works really well for television. It puts so much more of what they do on their wits and their knuckles.”

Do you think the Avengers will ever find out you’re alive again now that you have to rebuild S.H.I.E.L.D.? That’s gonna be hard to keep under wraps for long.

Clark: “It seems trickier. As Director Coulson, you think someone’s gonna hear them say ‘Director Coulson’ and someone’s gonna ask. It’s the scene people seem to want to see. I’m one of those people. The day of reckoning where it gets explained to them, I really have a lot of fantasies about literally bumping into Steve Rogers in a laundromat. Like, how could those exchanges get any more awkward? I don’t get to decide where it will happen. The really fun thing about Marvel is, for all I know, it’ll be in Avengers 3 or it’ll be on this season of our show or it’ll be in a run of the comics. It could be in a video game. Wherever it happens, I’m there for it.”

Since you’re on a recruitment drive, are there any Marvel characters you’ve been wanting to grab? A Carol Danvers?

Clark: “[I’m] very interested in seeing Carol Danvers. I’m very interested in learning who Skye’s dad is, as a fan. Because I have a feeling I’m gonna be getting increasing levels of support from her and as someone who apparently, I’m told, is up in the middle of the night writing in an alien language derived from perhaps a similar creature-”

All images courtesy of ABC/Kelsey McNeal. 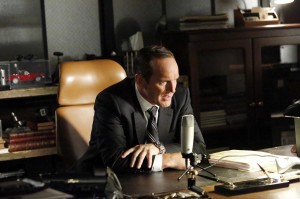 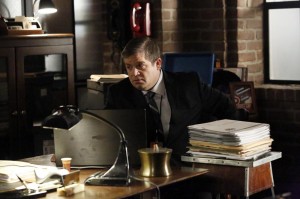 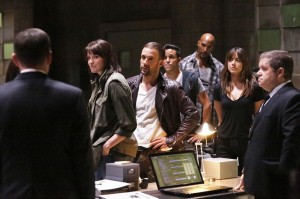 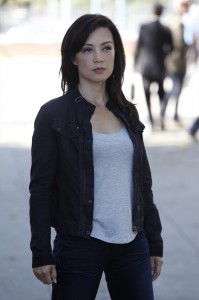 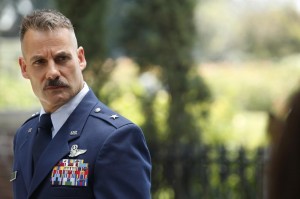 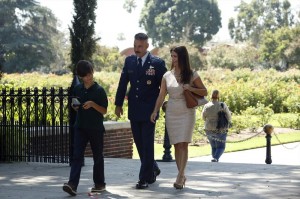 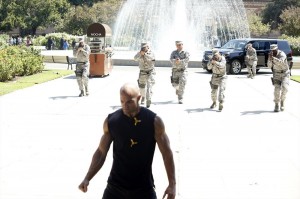 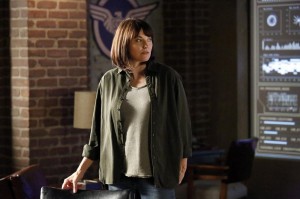 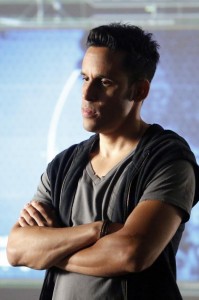 The Operatives’ Pete Bethune Talks Conservation, The Dangers of the Job and Previews “The Dolphin Rescue” [Exclusive]