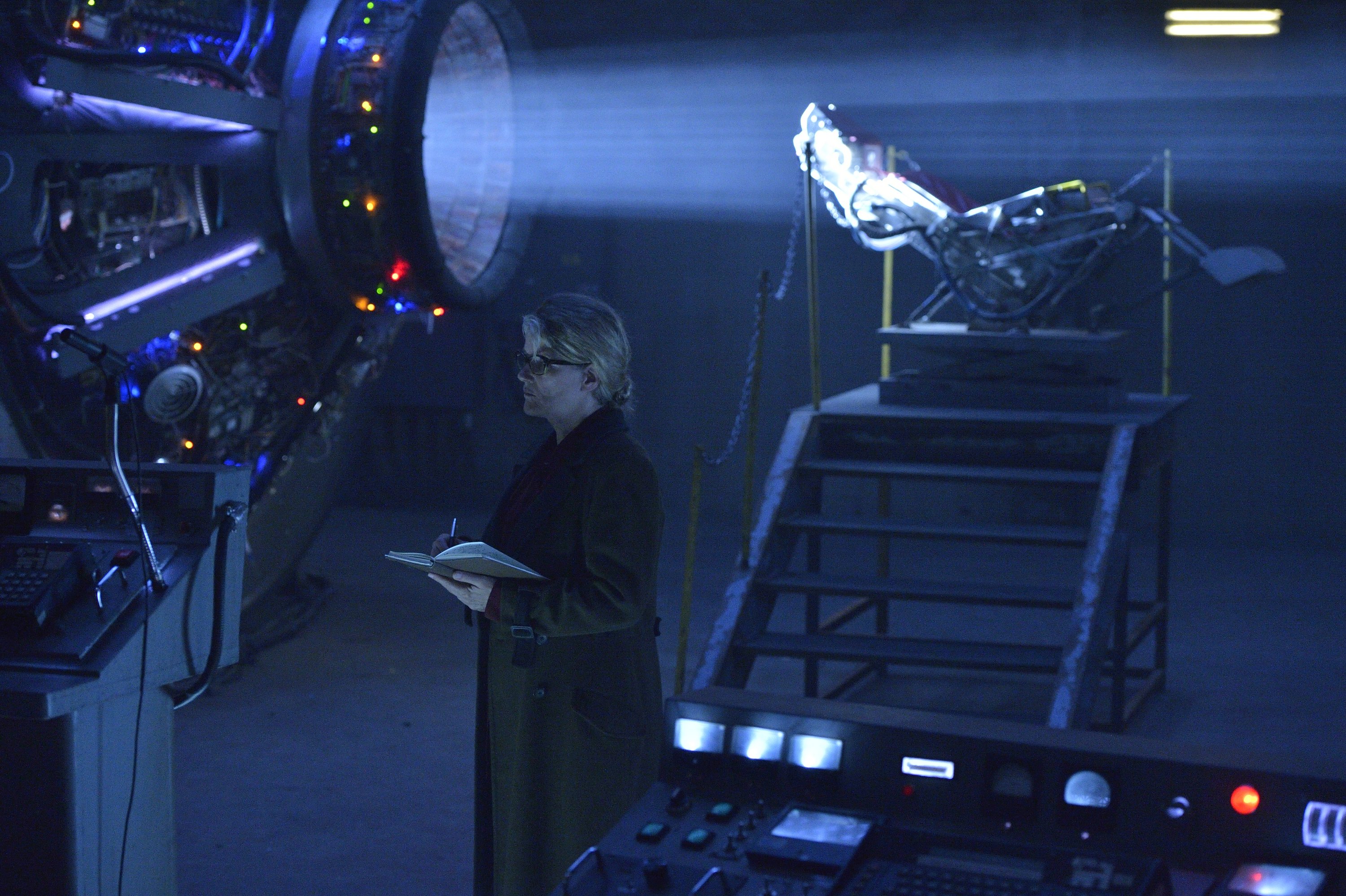 Head up, y’all! Monday is a holiday, but we still have a brand-new 12 Monkeys! There’s a TV term called a “bottle episode,” where all the action takes place inside a fixed set, and 12 Monkeys goes there Monday night in a fantastic, tense, emptional hour that turns that concept on its ear by bringing time travel into the lab, and extended areas of the lab we hadn’t yet seen.

It’s a bit of a mind bender as the crew tries to sort out the when, and yes, the where, of a saboteur who seems to be on a mission to tank the machine, no matter who gets in the way as collateral damage. The side effect of that is that previous splinters, and Jones’s pre-Cole subjects, start to collide in sometimes grotesque ways, and it’s an all-hands endeavor to keep everyone safe.

Loyalties are tested and alliances are formed all in the name of keeping everyone from blowing up along with the machine. Before all hells breaks loose, we get a wonderful glimpse of another side of Jones, and Cassie thankfully shares her Witness encounter with Jones and Cole, so that’s out in the open and not a secrety secret.

12 Monkeys airs at 9/8c Mondays on Syfy. Come live Tweet with the cast and crew during the East Coast and/or West Coast feed. Every viewer and Tweet counts in the bid for a third season! Here’s a sneak peek of “Meltdown.”

Penny Dreadful Preview: "This World Is Our Hell"

Dancing with the Stars "Season 22 Week 10" aka The Finals