Here’s a movie that’s perfect for those in the mood for a winning Saturday night chick flick that comes courtesy of Hallmark Channel. It’s called Second Chances and it stars Days of our Lives duo Alison Sweeney and Greg Vaughan.

Synopsis for Second Chances: A 911 operator and single mom starts to fall for a fireman after he breaks his leg in an emergency and unusual circumstances bring them together. As Jeff gets to know Jenny and her two young children, their connection is undeniable, but with the best interests of her family in mind, she has to decide if two really is better than one.

OK, forget the fact that this is a movie that’s predictable and sort of sappy. And forget the fact that Sweeney and Vaughan play brother and sister (twins, actually) on their day jobs. Second Chances is ridiculously adorable. I fell in love with the movie for so many reasons:

Where Have You Seen Them Before?

Alison Sweeney (Jenny): Like I said earlier, Alison plays the conniving Sami Brady on the daytime soap, Days of our Lives. She also has a night job as host of The Biggest Loser. Over the years, she’s also appeared on Friends, Las Vegas and American Dreams.

Greg Vaughan (Jeff): On Days of our Lives, he currently plays Eric Brady, Sami’s twin who is also a priest. On daytime, he was also Luke and Laura’s son, Lucky Spencer, for a number of years on ABC’s General Hospital. Plus, he played Diego Gutierrez on The Young and the Restless. On primetime, he was in the original Beverly Hills 90210 (he played Donna’s boyfriend, Cliff Yaeger, who eventually became a firefighter). Vaughan was also in the 90210 reboot as a yoga instructor who hit it off with Lori Loughlin’s character. And he was Dan Gordon, one of Piper’s boyfriends, on Charmed.

Ed Asner (The retired fire chief): The muliptle Emmy-winning actor is best known for playing the same role on two highly acclaimed series, The Mary Tyler Moore Show and Lou Grant. He has countless other film and TV roles to his credit, but it’s playing Lou Grant on a comedy and a drama that earned him five Emmys and three Golden Globes.

Dawnn Lewis (Jenny’s 911 pal): My favorite Dawnn Lewis role has to be when she played Jaleesa on the late great sitcom A Different World. Her numerous TV credits include the first season of Hangin’ with Mr. Cooper, The Secret Life of the American Teenager and guest starring as Quentin’s mom Denise on One Tree Hill. Her voiceover work includes King of the Hill, Glenn Martin, DDS, The Cleveland Show, Futurama and Spider-Man. And wouldn’t you know it, Lewis was on a few episodes of Days of our Lives.

Diego Serrano (Jeff’s firefighter friend): His guest starring credits include Ray Donovan, 24, CSI: Miami and Arli$$. But I think I know Serrano most from his role on the now defunct daytime drama, Another World, where he played Tomas Rivera. And here’s some additional soap trivia: the actor created the role of Diego Guiterrez on The Young and the Restless. Serrano’s Second Chances co-star, Greg Vaughan, was actually Diego number two. Vaughan replaced Serrano in the role.

I definitely recommend tuning into Second Chances for anyone looking for an adorable chick flick with heart. It premieres tonight on the Hallmark Channel at 9/8c. 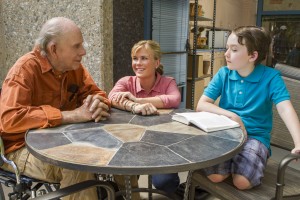 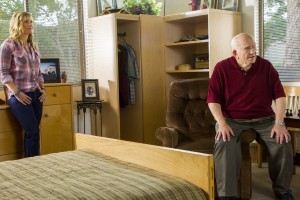 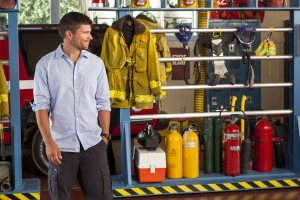 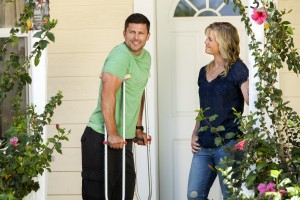 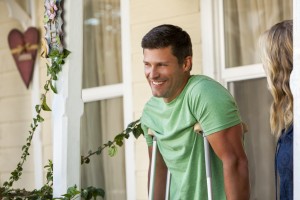 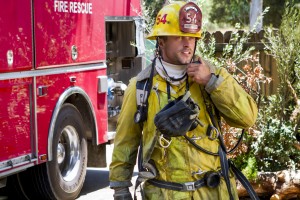 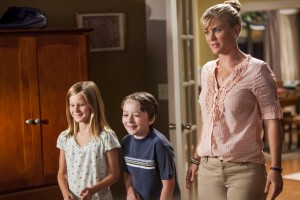 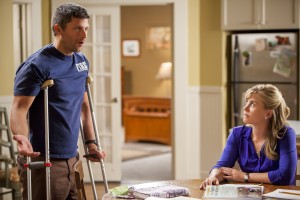 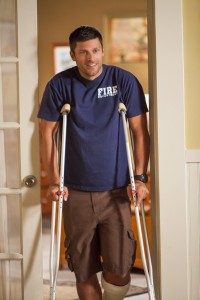 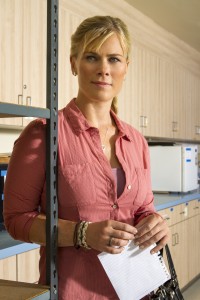 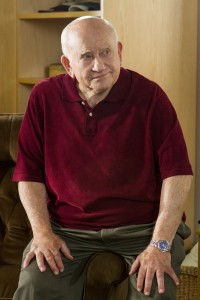