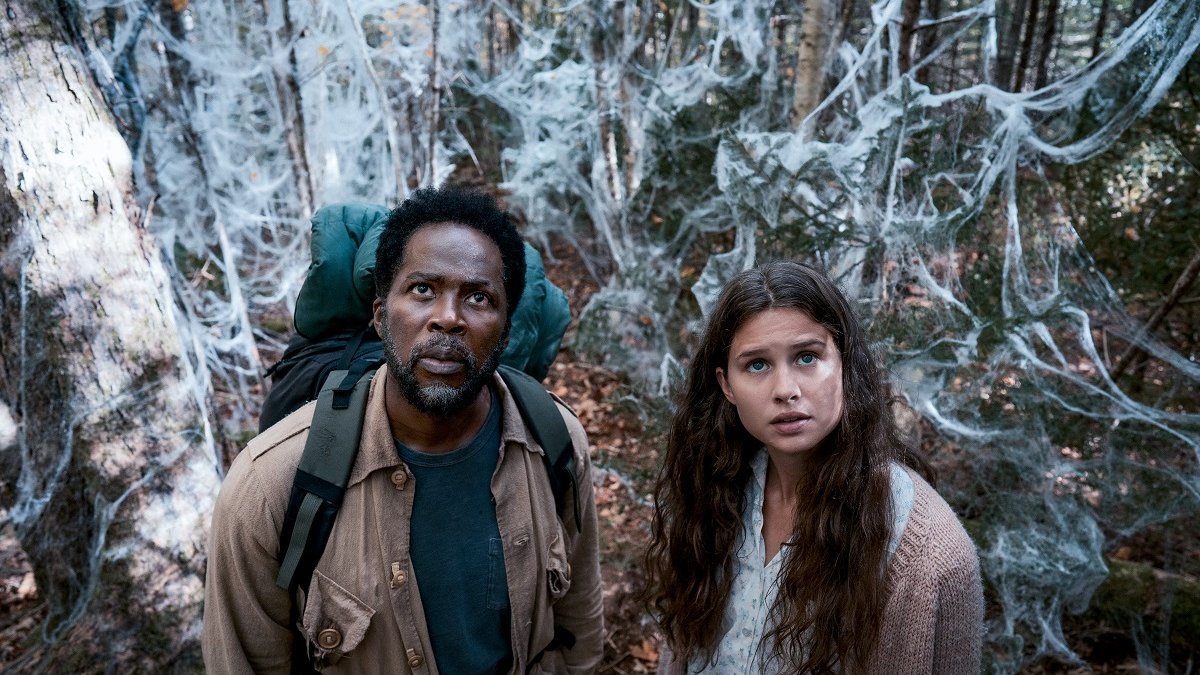 Sunday night on EPIX, From rolls out its first-season finale, which wraps up all the threads in a neat little bow. That’s a complete lie. But it is a satisfying finale in the sense that it keeps moving the story forward and sets up some tantalizing scenarios for Season 2, which we absolutely should get, if you ask me.

As we pick up with Boyd and Sara on the worst camp out ever, they’ve survived the night and, despite the whimsical Seussian episode title, find that nothing good awaits them when they unzip that tent. What they do find, though, deepens the mystery and introduces a whole other component to where they might be. The situation also helps them rely more on each other than Boyd would probably like, but Sara proves what she’s said all along–she’s not a bad person.

At Colony House, the combined town/CH workforce is progressing on their big honking antenna, which sparks various conversations about the what next of it all. Kristi and Kenny have a deeply awkward conversation followed by a much sweeter one. And Ellis responds to his come to Jesus with his dad by being extremely vulnerable with Fatima.

Jade takes a pause in his mania long enough to slow down and share a lovely scene with Mrs. Liu that explores grief and loss. The Matthews are a united front in helping Jim, finding that family rhythm that old-soul Ethan checked them on last week; although Tabitha returns to the siren call of her basement.

And all of those threads collide and intermingle when a new player enters the chat–a monster rain storm. Jeff Renfroe again directs a script by John Griffin. It’s a terrific finale that will absolutely have you wanting another season, so get to saying that often and loud on your social media feeds and tag them for the #Fromily to find.

The From season finale airs Sunday at 9 pm/8c on EPIX, when it will also stream online at EPIX’s website. You can catch up on the first eight episodes there, through the EPIX app, and through EPIX on Prime Video. Our interviews with eight of the cast and the three executive producers and previews are here. Check back after the episode Sunday night for more of my conversation with John Griffin and Harold Perrineau. Here’s a sneak peek.