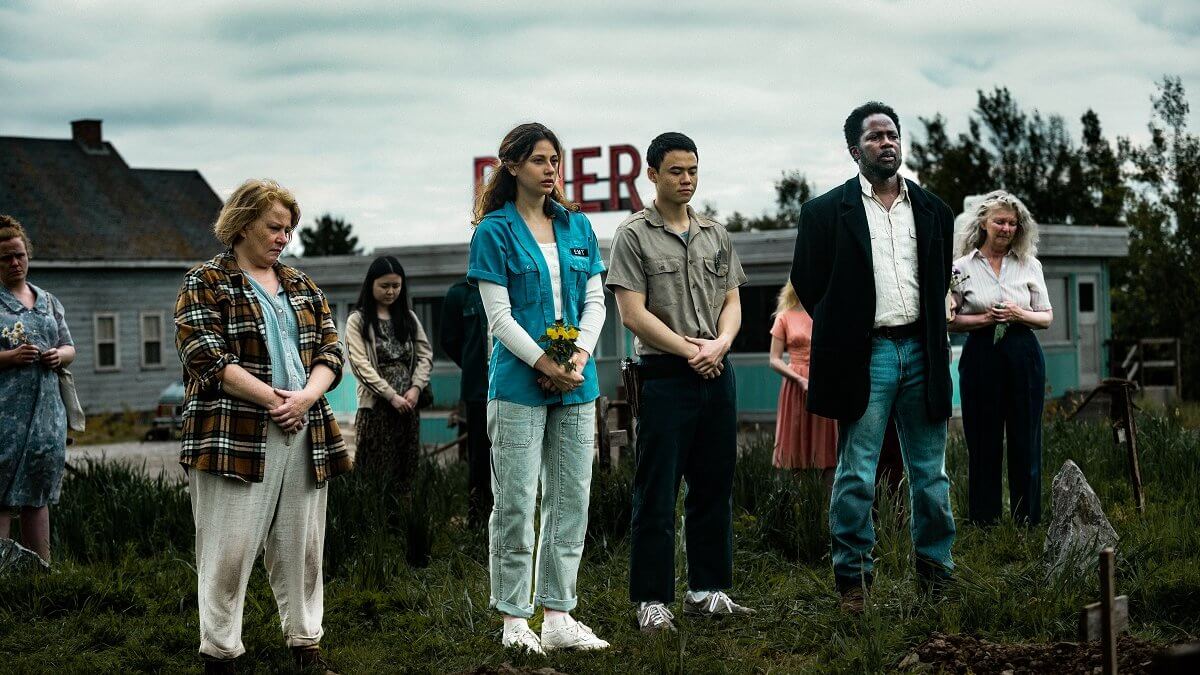 Cue the flailing, #FROMily because Season 2 is a go! This morning EPIX greenlit a second, ten-episode season of our addiction, so never fear–there will be more to the story!

Some fun ratings news was revealed, too: The From series premiere was EPIX’s most viewed original series premiere in the history of the network and the entire series is tracking to be EPIX’s second most-watched original behind Emmy winning series Godfather of Harlem,

The cast in place as the finale ends (you’ll have to watch tonight to see who that is) are set to return. Here’s what the network and producer Jeff Pinkner had to say in the press release about the renewal:

“The first season of From mystified, enthralled, and terrified fans and critics alike with its haunting world, vivid characters and thrilling scares,” said Michael Wright, president of EPIX. “We have been delighted by the social conversation generated by the From community and can’t wait to unravel more of this mysterious story with our passionate fans in season two.”

“On behalf of the producers, writers, our insanely talented cast and crew, we are thrilled and grateful to both EPIX and our audience for the opportunity to continue exploring the world of From,” said Jeff Pinkner, executive producer.

Here at TV Goodness, we are of course thrilled about the news!

The From season finale airs Sunday at 9 pm/8c on EPIX. You can catch the season online at EPIX’s website, through the EPIX app, and through EPIX on Prime Video. Here’s a Season 2 teaser clip (spoilerish for the finale so watch it later if you want to watch the finale cold), and look for part two of my conversation with John Griffin and Harold Perinneau after the episode airs.

If linear watching is your thing you can catch a marathon of the first nine episodes today at 10:30 am/9:30c on EPIX2. Click here for all of our From coverage this season, including episode previews and eight cast interviews and producer interviews.

Previewing the From Season 1 Finale: "Oh, the Places We'll Go"