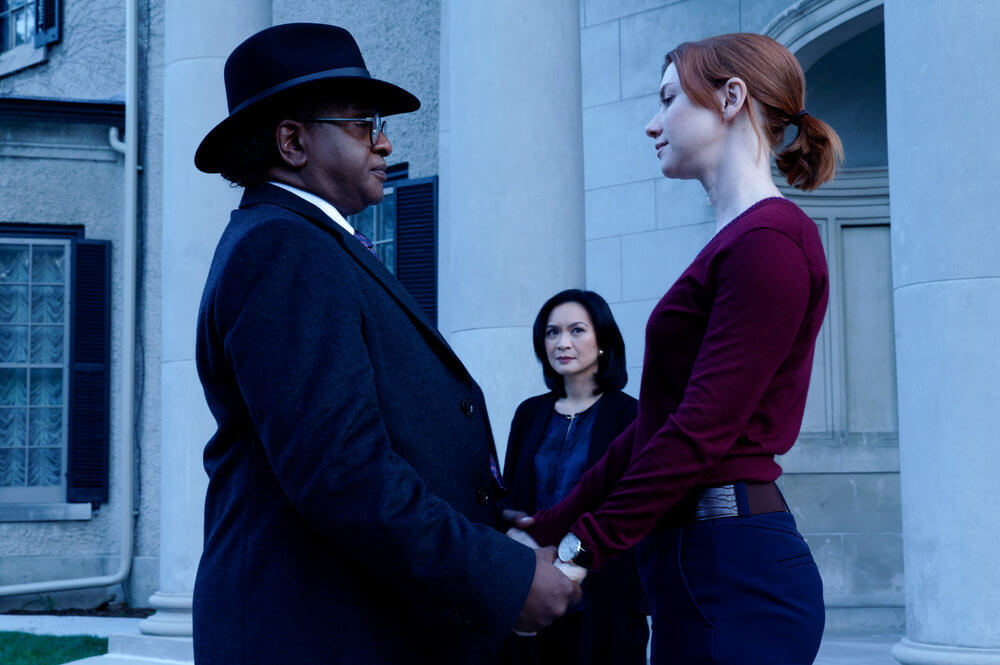 This week’s new Dan Brown’s The Lost Symbol marks the halfway point in the freshman season and finds Peter alive and the bearer of a cryptic message that reunites Robert and Katherine in the race to find him.

Part of yet another goose chase initiated by Mal’akh, Peter uses the forced video recording to layer in information that may help bring him home. Bellamy does what he can to help before taking his leave, recognizing that he’s reached the point of being a danger to himself and others.

Sato makes overtures that she wants to help, but we’ve heard that song before, and Robert and Katherine tread lightly on her offer.

Nunez follows his gut instinct on the trail of his shooter, perhaps to his own detriment, after Trish’s autopsy results make him rethink the investigation.

Martha Williamson Talks Signed, Sealed, Delivered: "The Vows We Have Made"