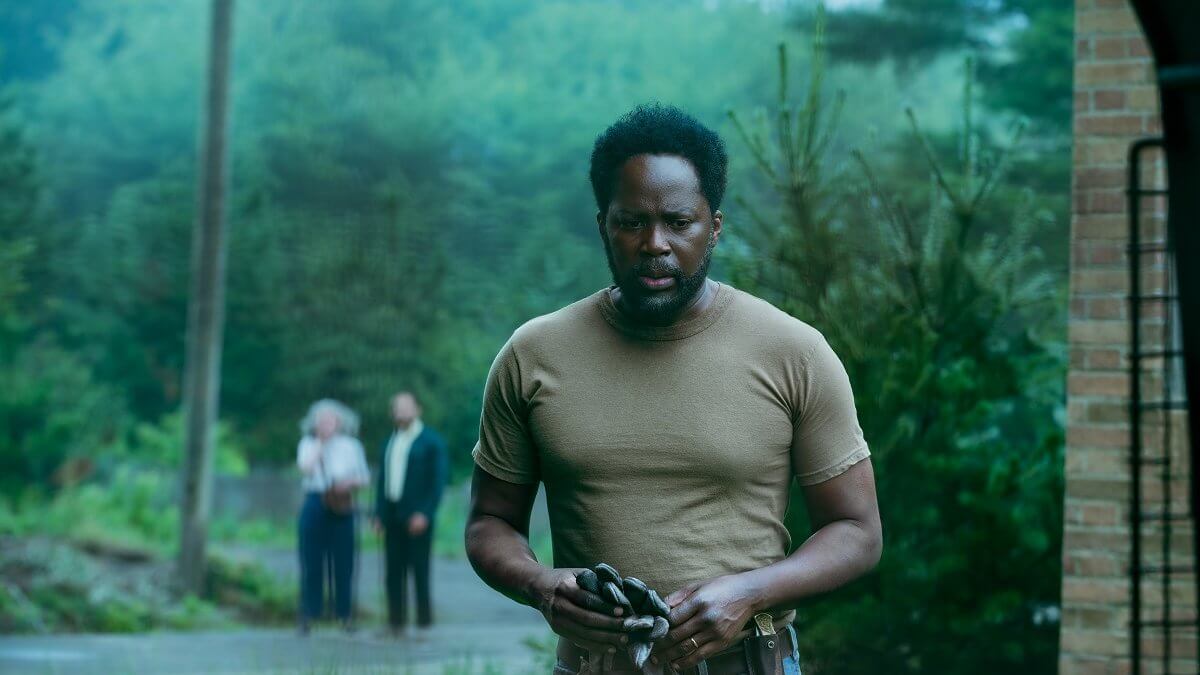 Sunday night on EPIX in the fourth episode of From, the Matthews settle into their new home and Julie settles into Colony House. Things go a little sideways when Victory reaches out to Ethan and shares a little more about the history of the town and the secrets the woods hold.

Jade starts asking completely valid questions, which leads us to get the download from Kenny on how many of the characters wound up in town. Boyd reels from last week’s directive and looks for balance. At the diner, Mrs. Liu gives the Matthews a home-cooked breakfast and Sara slips again.

“A Rock and a Farway” was written by Javier Grillo-Marxuach and directed by Jack Bender. This week, I chatted with Bender, who also executive produces, and series creator John Griffin and executive producer Jeff Pinkner. A tech snafu means I can’t bring you the whole thing—sad trombone indeed—but I did take notes! Here are some From tidbits that the trio shared:

1) The intent of the premise is to capture a panorama of people at different stages and ages of their lives and how they would behave when taken out of their normality—families, children, and people on their own.

2) Favoring the psychological over the gore is an intentional choice to build stories that are rooted in characters with a nod to the horror genre that doesn’t go all in.

3) The network decided on the Halfiax, Nova Scotia filming location, and it turned out to be perfect for building the community onscreen and off and tapping into fantastic Canadian talent.

4) They love all the cast, and as each cast member came in, the characters evolved synergistically with the individual performers.

5) The set for the town was built from the ground up, and one contractor was so impressed with the aging process on the police station that he was concerned about exposing asbestos on a job until he was told the building was only three weeks old.

6) Colony House was also built for the series, and the rooms don’t have movable walls to accommodate cameras, which created tight spaces and helped enhance the focus on the characters.

7) Some of Bender’s original artwork is on display in Julie’s bedroom nook, Ellis’s studio, and Victor’s room.

8) We will learn more about Victor’s life in the town as the oldest living survivor who has witnessed generations of newcomers.

10) They would arc each season as a feature film, with a beginning, middle, and end broken out over ten episodes, and for that reason they appreciate the compressed season (vs. longer procedural-type episode orders).

From airs Sundays at 9 pm/8c on EPIX and streaming online at EPIX’s website and through EPIX on Prime Video, where you can catch the first three episodes. All our previous coverage is here. Here’s a sneak peek of Sunday’s episode.