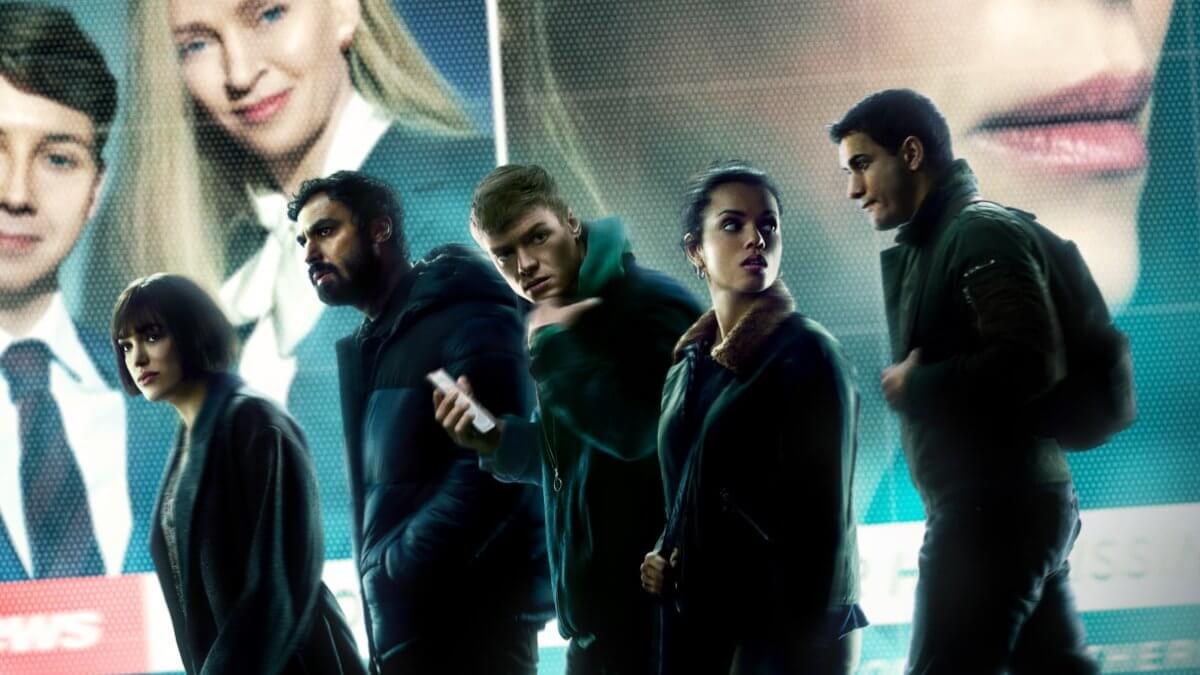 What happens when you’re suspected of a crime you may or may not have committed but the world suddenly puts you on blast for it anyway, leaving you nowhere to turn but toward your fellow suspects? That’s the setup for Apple TV+’s new drama series, Suspicion, which drops the first two episodes of its eight-episode season this Friday.

Beginning with a chilling NYC hotel snatch-and-grab of Leo Newman (Gerran Howell), the college-age son of PR fixer Katherine Newman (Uma Thurman), by a quartet of masked abductors that ends up broadcast all over the globe via social media, the series follows the co-investigation by FBI agent Scott (Noah Emmerich) and British National Crime Agency inspector Vanessa (Angel Coulby).

The suspect list narrows quickly to five British citizens who all happened to be in New York at the hotel, or nearby, on the day of the abduction–they’re careful to specify it’s not a kidnapping without a ransom demand. Four of the five are all seemingly random, living normal, drama-free lives, until they return to England and those lives are upended and put under a microscope.

The fifth is a proven killer and wanted all over the world, but whether or not he had anything to do with this is an entirely different question. And then the media get hold of their identity and there’s nowhere to hide.

Thurman is the name above the marquee on the series, but her role is mostly a framing device. She’s a distraught mother, yes, but she’s also a keeper of dangerous secrets and it’s completely plausible that one of those secrets begat the abduction of her only child, who she’d also just named as the head of her firm’s foundation. She soon finds out that her reach isn’t as far as she thought, and she’s not only powerless but also no longer in control of the narrative.

The core cast are Kunal Nayyar as Adesh Chopra, a computer expert and would-be whitehat hacker looking for a break, Georgina Campbell as Natalie Thompson, a financier who’s on the eve of her wedding, Elyes Gabel as Sean Tilson, a military veteran turned contract killer, Elizabeth Henstridge as Tara McCallister, an Oxford lecturer, and Tom Rhys-Harries as part-time playboy/part-time Oxford student Eddie Walker.

The first two episodes set the premise, with the core four questioned about their role while Sean evades capture and establishes for the audience that he kills easily and often. Once in custody, the quartet professes bewilderment and defiance at the accusations of their involvement, but they’re not wholly devoid of guilt for something, even if it’s not a high-profile abduction.

When Vanessa makes a bold gamble, the quintet are thrown together in an even more precarious situation and must rely on each other for their survival. Meanwhile, Katherine’s trying to direct the messaging to save her son, which might mean peeling back the curtain on how she does what she does and for whom.

The series was created by Rob Williams, who’s written for The Man in the High Castle and Killing Eve and also created the new UK series Screw, which was released in January on Channel 4. Suspicion has a solid eight-episode arc anchored by a very good cast–and shout out to Gilad Benamram on his score.

I was pleasantly surprised that the season veered places I didn’t expect. It created five equally compelling characters in the suspects, and spent a little more time with Vanessa and Scott as they butt heads over their respective methods but eventually land on the same page.

I really liked the season, and it’s one of the few times where I neared the end and would’ve liked another hour to explain some things, but that’s also the lure if they get a second season. I hope they do.