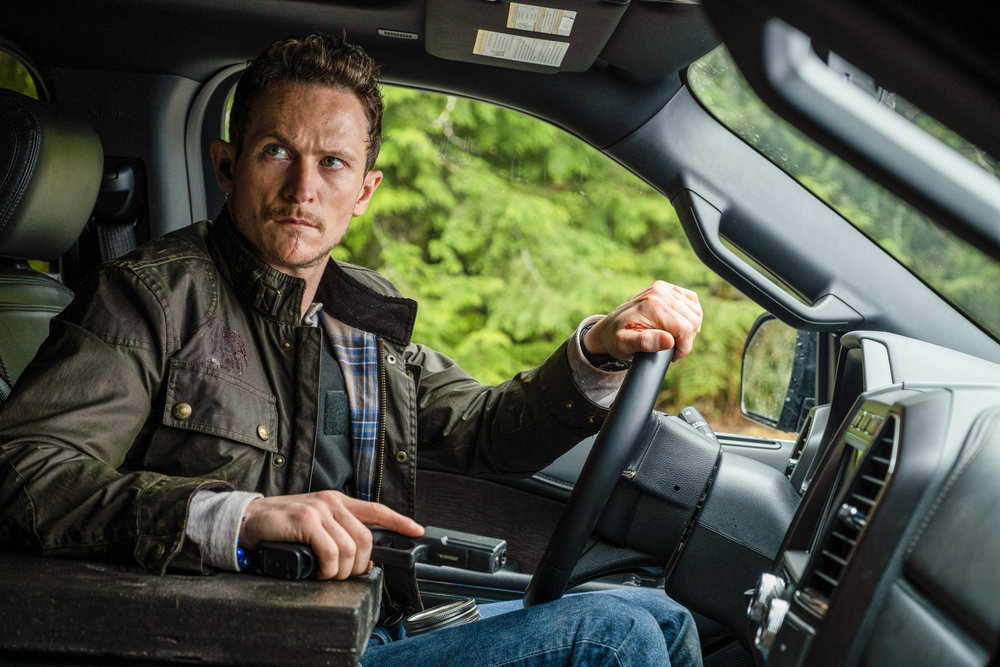 This week’s Debris veers away from the case of the week as Bryan and Finola are tasked–with very different marching orders–to retrieve George from the Influx site. Once the pair compare notes and realize their organizations are running divergent operations, they’re racing against the clock to protect him.

It turns out that whatever George has been doing is key to the mysterious whatsit that Maddox is building although YMMV on whether George himself is sill required, and we still don’t know which end of the game Ferris is running. Bryan and Finola get on the same page fairly quickly, at the risk of perhaps being not just unemployed but also criminals and fugitives.

The episode is highly emotional for both. Finola is unpacking that her once-dead father is now very much alive, and his undeading doesn’t make their formerly complicated relationship any less so. And Bryan’s paternalish relationship with Maddox is tested when he very clearly breaks with direct orders and lives are lost in the process.

The episodes leading up to this one have painted Bryan as the more by-the-book part of the partnership. and Finola the more empathetic heart. In this episode, we see them come together with what they’ve learned from each other so far to get George out and keep themselves safe while they manipulate the larger system that tried to manipulate them.

And there’s a possibility, too, that Finola isn’t the only one with the upper hand on Ferris, who she learns has been lying about Dee Dee (Gabrielle Ryan) and pressured her into that call last week. We learn her agent, Brill (Sebastian Roché), has some secrets of his own. Clare Kilner (The Alienist) directs a script by showrunner J.H. Wyman.