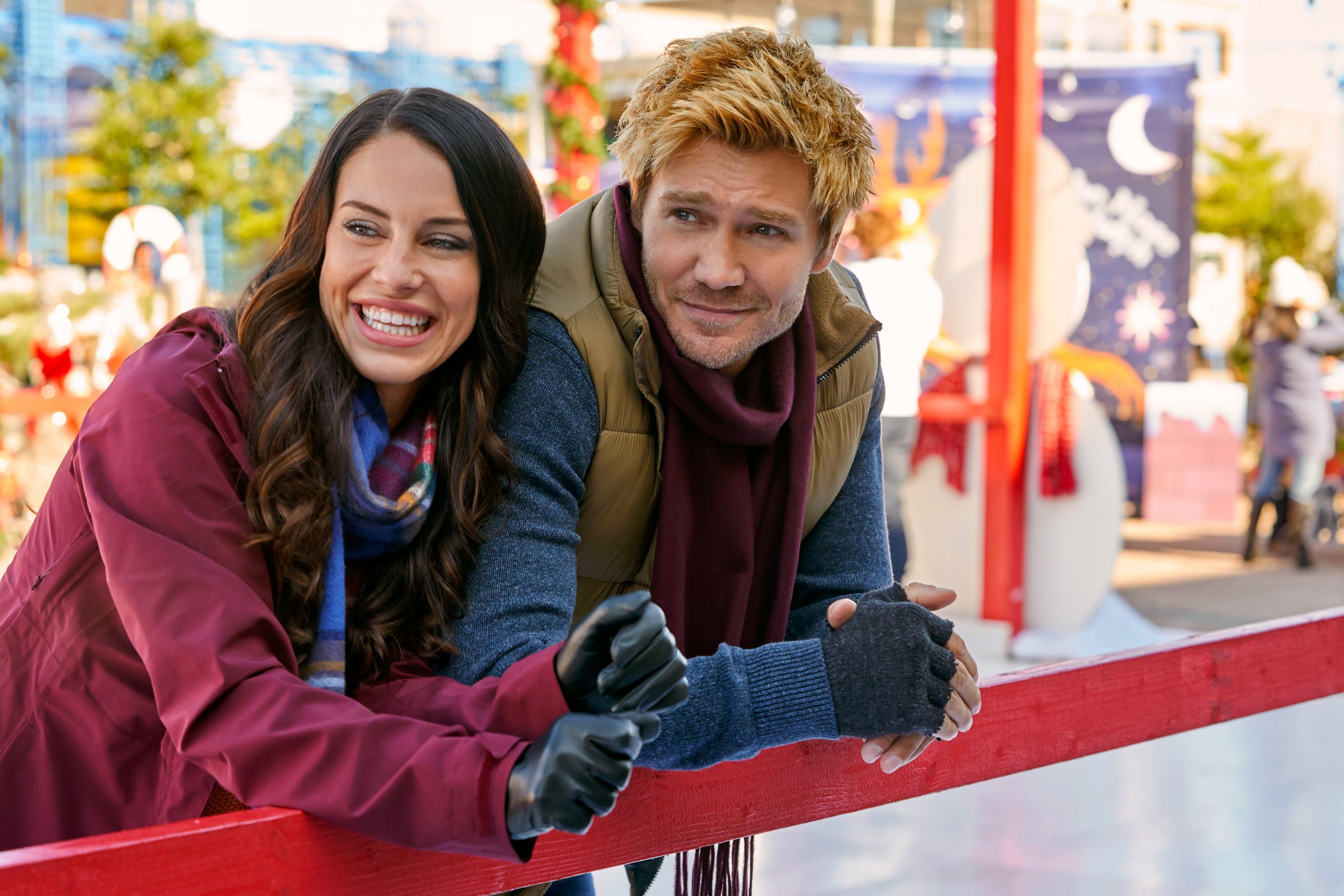 Lifetime kicks off four days of holiday premieres Friday night with Too Close For Christmas, starring Jessica Lowndes and Chad Michael Murray as a newlywed couple’s respective sister of the bride and brother of the groom, who didn’t leave the wedding on the best of terms, and that rocky vibe now threatens to upend the first whole-family holiday. Lowndes is event planner Hayley, who travels to see her sister, Amy (Vanessa Sears) and her husband, Tim (Steve Byers) at his family’s vacation home for the Christmas break.

When Tim’s brother Paul (Murray) drops in unexpectedly, Hayley’s ready to turn back around and go home. Initially intended as a pit stop on his way to a solo ski vacation, he instead ends up staying for the weeklong run-up to Christmas Day, and when their mom, Judy (Sean McKenna) falls sick, the family has to work together to pull off the event she was chairing. Forced into close working proximity, Paul and Hayley start to really see each other beyond that fleeting, fractious first impression.

Earlier this week, I jumped on the phone with Byers to chat about the movie, the first of two Lifetime Christmas films this year. A Christmas Break premieres on December 20th and I’ll have more of our chat and a preview of that one closer to air date.

Shot this fall in Ontario, Too Close For Christmas was one of the earliest films back up and running with pandemic protocols and Byers said it created some initial challenges but they got the hang of it. “The general protocol, as in daily life, is that everybody wears a mask. I have to hand it to our hair and makeup people as well. Ashley [Nay], who worked with me on Slasher, had to wear a full face shield, mask, gloves and all that throughout that,” he explains.

“It makes that whole process a lot more complex. The crew is partitioned into zones. So the camera crew, for instance, and the sound crew are all in, let’s say, the green zone. And whenever they’re on set, the blue zone is not allowed to be on set.”

“If there were to be some sort of COVID infection, you can contact trace out the groups. So no one’s ever in contact with each other that could potentially create a massive outbreak and you can replace the zone rather than having to potentially replace the whole crew.”

“I feel for productions because there’s a whole added element now to budget for a COVID officer and all the materials. We were being tested every three days. When you show up, everybody, no matter who you are on the crew, they take your temperature and they check your oxygen level. And if anybody’s suspect, they send them home.”

Despite that over layer of concern, Byers says the project was a good time, which is important, especially now. The film also reunites him with Rob Stewart, who plays his dad, Penn, and played his dad before, in Season 1 of Slasher, albeit with a much more murderous outcome.

Byers was happy to see him when he got to set. “I had no idea he was in it until I was there doing a wardrobe fitting and Rob showed up at the trailers,” he recalls. “So that was great. He’s a trooper and rolls with punches. I love that about him.”

Another light moment came during filming of a gingerbread housebuilding scene that doesn’t make the film, so you’ll have to leave that one off the bingo card this time. “We just had a lot of fun with that,” he says. “The movie itself was a really good experience.” He adds that the weather was much more accommodating, too, with cool evenings to offset the layers of Christmas apparel vs. his last holiday film, The Christmas Cure, which had him sweating through coats and scarves in early summer.

Earlier this fall, just after filming wrapped, Byers shuttered his Twitter and Instagram accounts, a decision he says was liberating, as aspects of it were both a time suck and anxiety-inducing to keep up with. “I do feel bad for [leaving] the people who I spoke to sporadically here and there,” he shares. “But I think it’s been really great for my development. I certainly recommend it for people who feel like they need a break from social media.”

Too Close For Christmas premieres Friday night at 8 pm/7c on Lifetime in the US, and repeats at midnight/11 pm c the same night and throughout the rest of the holiday season. It will premiere on Super Channel Heart and Home in Canada at 9:30 pm /8:30c on Christmas Eve. Here’s a sneak peek. In case you missed it, our interview for A Christmas Break is here.