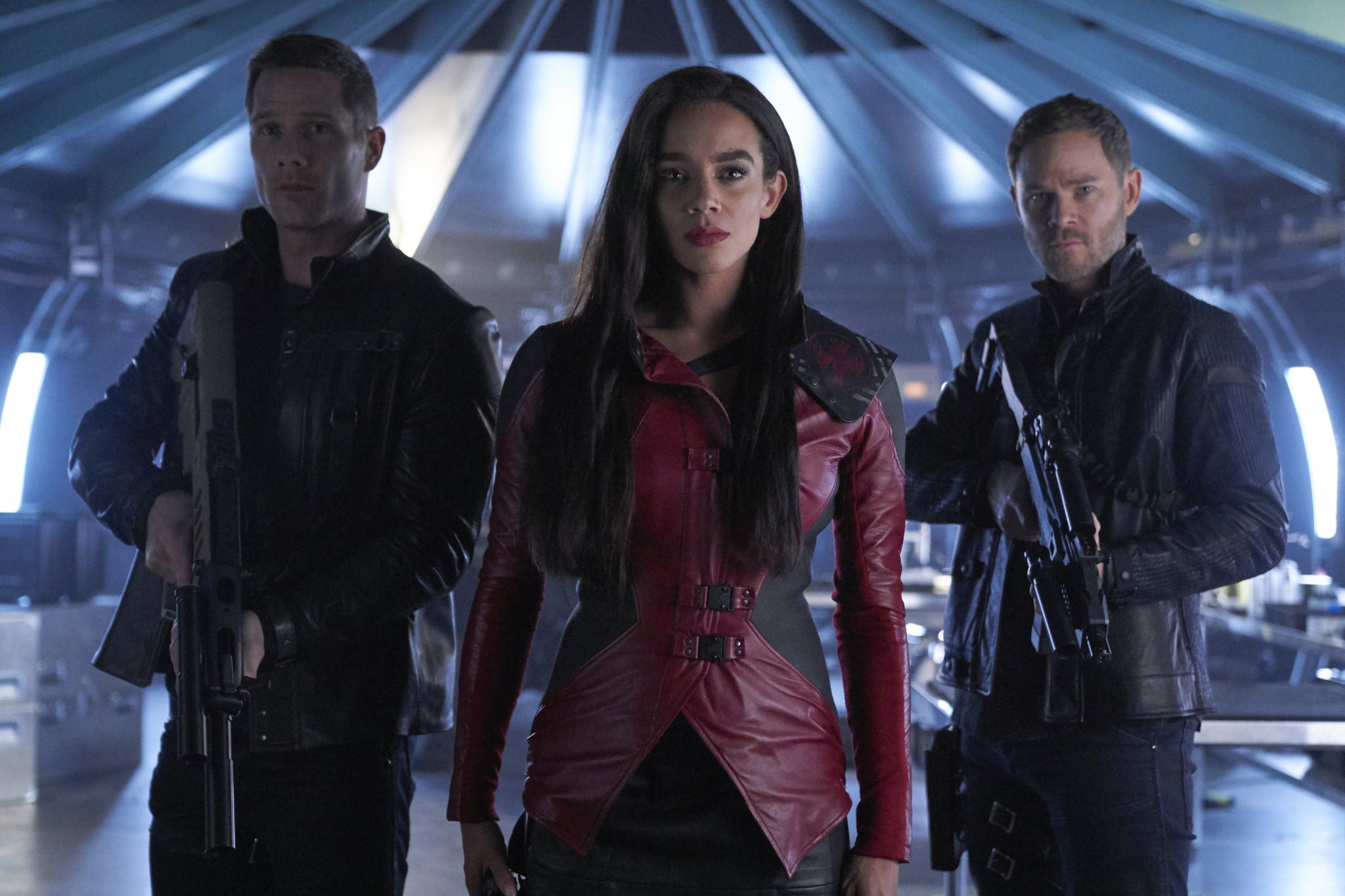 This is it, Killjoys kids. Friday night, the series concludes with its 50th and final episode, “Last Dance,” a Valentine to the fans from series creator, Michelle Lovretta and directed by Stefan Pleszczynski. I’ve said before that I tend to judge a series finale by one question: “Am I happy with where we leave them?” The answer here is an emphatic, joyous, “YES.”

The episode begins with Team Awesome Force, flanked by most of its full found fam (minus a couple of Queens, but we’ll get to them, and Rennika and Gared, who we’ll see later, too) as they survey the aftermath of Westerley’s bombing and plan their next move.

TAF opts for a divide-and-conquer showdown to separate The Lady from her true body. Dutch uses Khlyen to bait The Lady while the boys make a run at the Armada, without realizing that Jaq is onboard. Zeph works on a weapon and gets an Armada surprise, too, which takes her out of the mission, but for a good reason.

The showdown between The Lady and Dutch and Khlyen doesn’t disappoint, becoming everything you’d expect from a teenager completely losing her shit when she gets what she wants and then doesn’t and then can’t make up her mind about which one is better.

The Queens head to Q’resh to re-debut Aneela and procure what they need for their war. Watching Delle Seyah wield her beloved like a weapon doesn’t disappoint, either, delivering a delicious Killjoys version of “Kneel before Zod.” And Aneela gets her long-awaited chance to face off with The Lady on this side of the Green.

The main action resolves early enough that we get proper closure for all our players, with plenty of time for confessions, a dance party, new beginnings, and a coronation or two. And that’s about all I’m going to tell you. It’s been a delightful ride to the end, and I thank you for coming along with us on all five seasons. The episode has a little something for everyone and I can’t wait for y’all to see it.

Killjoys airs one last Friday at 10 pm/9c on CTV Sci-Fi Channel (formerly Space Channel) and Syfy. All of our Killjoys coverage, including my mash letter to the show, is here. You can catch all four seasons and the first nine Season 5 episodes on demand on the CTV Sci-Fi Channel app and Syfy app and website. Below is the opening scene of “Last Dance.” Check back later today for my exclusive interview with Luke Macfarlane!

Friday, come join the live Tweet and then check back after the East coast air for a new interview with Michelle Lovretta and thoughts from the cast and writers on the final season!

Photos Courtesy of CTV Sci-Fi and video courtesy of Syfy.