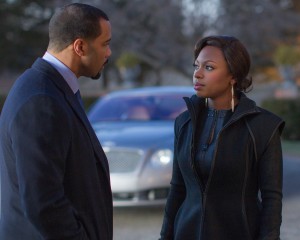 In this business, loyalty is everything. If you put your faithÂ the wrong person it may get you killed. If you give your allegiance to the right person it will probablyÂ get you rewarded in a big way. As Tommy and Ghost get closer to identifying the person gunning for them, their relationship continues to deteriorate. Angie’s careful (and often antagonistic) cultivation of Nomar may finally bear even more fruit.

Tasha sees Angela for the first time, Ghost learns a fellow gang leader and close friend may be behind the hits while Angela races to save the next targetâ€™s life, Ghost finally gets a second meeting with Simon Stern, Ghost makes a commitment to Angela, and the mastermind behind the attacks is revealed.

Last week I talked to series star Joseph Sikora about the last three episodes of the season. In thisÂ post mortem, we discuss why Tommy is no fan of Angie’s, the issue of loyalty and Tommy’s feelings for Holly.

TV GOODNESS: Tommy considers Tasha to be part of his family even though his ultimate loyalty is to Ghost. Why does Tommy think Angie is such bad news and why is he so down on that relationship?

Joseph Sikora: “I think it’s easy when you’re on the outside looking into a relationship. Like any of us who have ever been in abusive relationships in any way, it’s very difficult when you’re inside it to see. I think Tommy’s point was, ‘Listen. I was there. I had to listen to your little sniveling behind, which made me disgusted first off, and a little bit sickened. I let it run it’s course and it did and this is how you ended up. Now I have to remind you. You were talking about killing yourself. You’re talking about all this crazy nonsense you were spewing. Let’s not forget that. This isn’t all that different.'”

TV GOODNESS:Â Tommy and Ghost have been having more differences of opinion more often and Tommy knows that Ghost lied to him about Liliana. Do you think Tommy is reacting – or maybe acting out – as a response to the turmoil he’s going through in this relationship with Ghost?

Joseph: “Tommy is pushing boundaries now because, like I said, he’s a hard worker. He has certain rules of the game of the streets that he has always lived by. Tommy’s that enforcer. He says, ‘This is what you signed up for and now you have to pay for it.’ Because Ghost has been not stepping up in some ways, Tommy’s pushing those boundaries of, ‘Maybe I can get all of this done myself.’ I’m not giving anything away saying that Tommy’s loyalty is to Ghost. That because of this savior aspect of him, it would take a lot – and it may, a lot might happen – for Tommy to not have Ghost’s back ultimately. It’ll be interesting to see what happens in season two, but towards the end of season one we’re gonna see two brothers get pretty angry with each other. If I said, ‘Listen man. What I hear you saying, Jamie, is that you’re unhappy in your life and you want to go through this process and change. What I hear you saying, Tommy, is that you want me to…’ They’re not talking to each other like that.”

TV GOODNESS: When HollyÂ finds out what Tommy does for a living she calls herself a f*cked up thief and him a crazy drug dealer. Why do you think they work?

Joseph: “It’s a pretty new relationship. I think people can relate to that relationship that’s all fire, great sex. It’s all exciting. It’s a very visceral and physical relationship that I think we all have. Now I don’t know many people who have those for ten years, but we’ve all been in them and they work because you get to separate the body from the mind a little bit. And Tommy’s never been in love before. No way. People are watching that in real time, a man trying to figure out what some of these feelings are. I think that elevator scene shows that off. My favorite so far is just this incredible conflict of emotion and then also the discovery of, ‘What’s this feeling?’ There’s a subtle amount of confusion, not just [with] Ghost’s [affair], but like of, ‘What is this feeling of this women putting me to her breast and why is it so comfortable?'”

Click here to read part one of our exclusive interview with Joseph Sikora.

Power airs Saturdays at 9/8c on Starz. All photos courtesy of Starz. 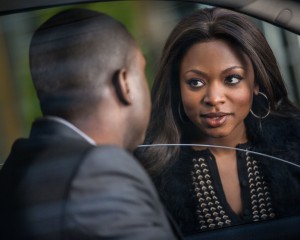 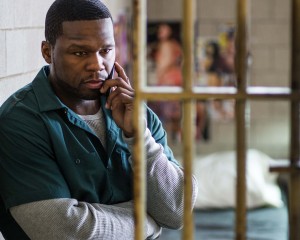 MasterChef Junior’s Andrew Discusses His Style of Leadership, Helping Others in the Kitchen and More [Exclusive]