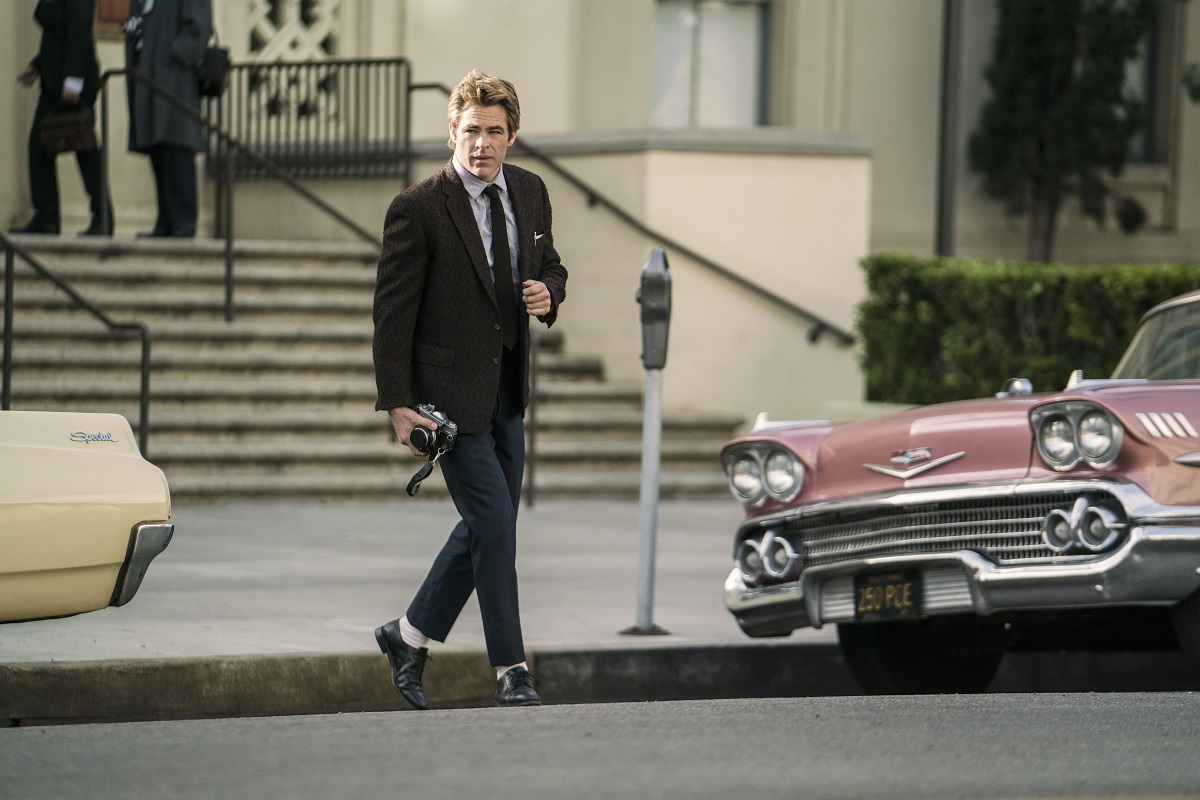 Chris Pine headlines TNT’s next big drama series with I Am the Night, a six-part mystery set in mid-1960s Los Angeles and inspired by the memoir, One Day She’ll Darken, the true story of Fauna Hodel, who had a tangential affiliation with the infamous Black Dahlia murder. The series was created by Sam Sheridan (SEAL Team).

Wonder Woman director Patty Jenkins takes the helm of the pilot and two additional episodes. The story begins with bi-racial teenager Pat (India Eisley), whose life in Sparks. Nevada is turned upside down when she discovers that her mother concealed her origins. When she learns the truth, she reaches out to her grandfather, Dr. George Hodel (Jefferson Mays), who has a secret life of his own. She heads to Los Angeles and quickly learns that some mysteries are best left unsolved.

Pine plays veteran former reporter Jay Singletary. A drug-addicted Korean war hero, his journalism days ended with a controversial case involving Dr. Hodel, who had friends in the right places. When we meet Jay, he’s stringing for the tabloids, until a phone call makes him take another look at the story that tanked his career. He just has to sell his editor, Peter Sullivan (Leland Orser), on the idea.

The period piece is set in a Los Angeles that’s uneasily integrated, and Pat (now Fauna) walks a fine line between both worlds since she’s light skinned. Singletary seems to run into violence at every turn, some of his own making and others leftover from whatever that was that he dug into years ago.

The pacing is very deliberate, unfolding pieces of the story at a fairly leisurely pace after we pick up with Fauna in LA. The vibe is a bit of a mix of LA Confidential and NBC’s Aquarius, which it falls right in the middle of, timeline-wise. There’s an undercurrent of something threatening and seedy that we see glimpses of but thankfully don’t look at directly (much). If you’re an architecture nerd, it’s also a pretty cool travelogue of homes, restaurants, and buildings that are surprisingly still here.

Pine is really good as the wounded, bewildered Singletary, whose fleeting moments of sobriety give him just enough clarity to keep pushing forward. Eisley is new to me, and she easily channels Fauna’s defiance that she’s going to get to the truth, no matter the cost. Other characters exposit that she’s just trying to find out who she is, but we don’t get a clear bead on why she’s so driven when what she’s initially shown isn’t comparably better than what she left behind.

I Am the Night premieres Monday at 9 pm/8c on TNT. Here are a few sneak peeks.