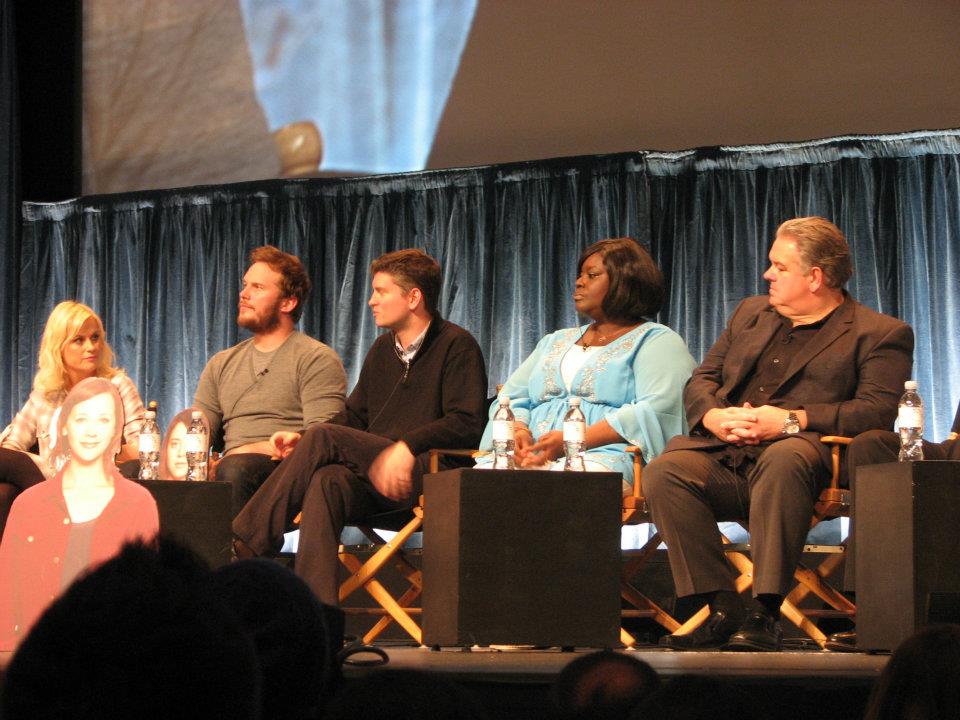 We LITERALLY couldn’t be any happier.

The first three shows added to the PaleyFest LA 2019 lineup are Pose, This is Us and, in the best news ever department, Parks and Recreation.

Yes, we said Parks and Rec. The late great NBC comedy has earned itself a tenth-anniversary reunion at the upcoming festivities.

The Paley Center for Media pulled out the big guns for this initial announcement that should whet every TV lover’s appetite when it comes to the annual event.

PaleyFest LA is essentially a ten-day extravaganza that brings together the casts and producers of various TV and streaming dramas, comedies and reality series. It’s where they get to reflect on their respective shows and tackle questions from expert moderators and passionate fans. These panels are often live-streamed for people who can’t make it in person.

During Parks and Rec‘s run from 2009 to 2015, the show was often tapped to be part of this celebration. Needless to say, star Amy Poehler and co-creator/showrunner Mike Schur are excited to hit the stage once again.

“We’re thrilled to be reuniting at PaleyFest. And truth be told, we were all hanging out already anyway, so carpooling will be easy,” they said.

Ryan Murphy’s also making a return appearance. He’s been there done that for projects like Glee and American Horror Story. And last year, he moderated a sold-out conversation with the iconic Barbra Streisand.

In 2019, he’ll be back for Pose, his groundbreaking series that revolves around the ball culture world in the ’80s and features the largest cast of transgender actors in series regular roles ever. This will be the first time Pose is invited to the big show. The drama is currently in between its first and second seasons on FX.

“Pose holds a special place in my heart, and so does being honored at PaleyFest, which to my mind has always meant a show has broken through culturally,” said Murphy. “I’m excited for my incredible cast and collaborators to gather with me in March and have a direct conversation with our audience who have been so supportive. It promises to be a special night.”

While the Golden Globes had no time for This is Us in the recent nominations that were announced, The Paley Center is all about bringing the hit NBC drama back for another round.

PaleyFest LA 2019 will take place March 15 – 24, 2019 at the Dolby Theatre in Hollywood. Look for the full lineup to be revealed Jan. 14. For more information on purchasing tickets head over to paleyfest.org or download the Paley App at paley.me/ap