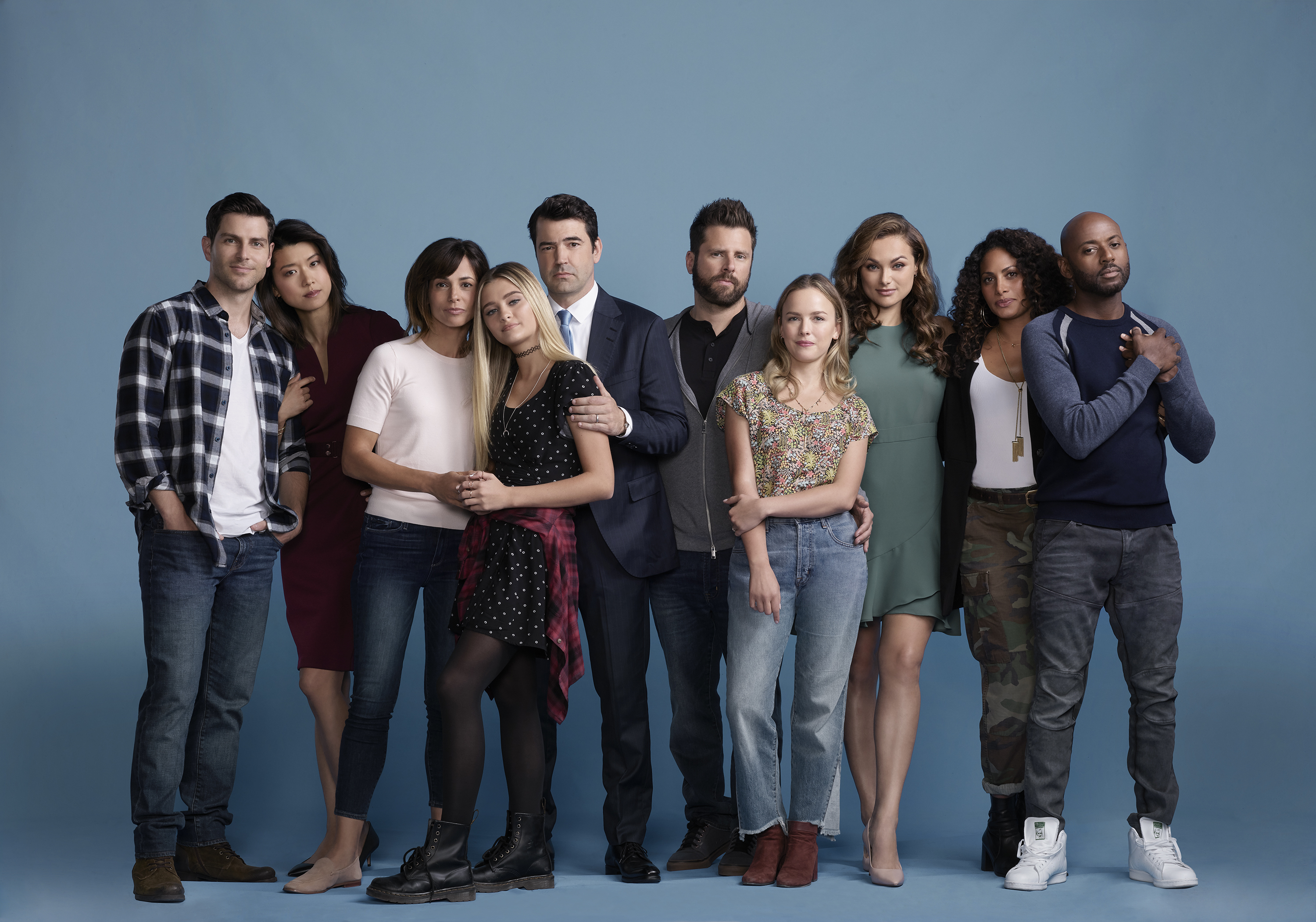 Friendships made as adults are a unique thing because by the time you form those bonds, you’re (mostly) already formed yourself. You’ve suffered the dramas, the illnesses, the successes, and failures, and you know who you are. To find people who accept you for that, and accept that your baggage and history come with you, is pretty special. Tuesday night, ABC premieres its Fall 2018 tentpole drama, A Million Little Things, featuring an impeccable ensemble cast.

The series focuses on a group of four couples–Grimm‘s David Giuntoli as Eddie Saville and BSG‘s Grace Park as his wife, Katherine Kim; Ron Livingston (Loudermilk) and Stephanie Szostak (Satisfaction) as Jon and Delilah Dixon; Romany Malco (Weeds) and Christina Moses (The Originals) as Rome and Regina Howard; andÂ Psych‘s James Roday as Gary Mendez and 13 Reasons Why‘s Allison Miller as his new girlfriend, Maggie Bloom. The cast is rounded out with Christina Ochoa (Animal Kingdom) as Ashley, who works with Jon, and Lizzy Greene and Chance Hurstfield (Ghost Wars) as Jon and Delilah’s kids, Sophia and Danny.

The men came together through a fraught meet-cute, not terribly long ago, where they confessed various things and immediately bonded. As the years passed, they’ve stayed together through a shared love of hockey that then extended outward to their wives and kids.

The pilot sets up the hook, which I will not spoil, although the promos already do that, if you’re looking. Similar toÂ This Is Us, the series will play with time, so the life-changing event of the first episode, which threatens to upend the group, is softened and somewhat undone week to week.

The friends are all in varying degrees of success, failure, health, and recovery as the events of the pilot unfold, which makes each of them take an extra-hard look at how well they actually know each other. It hugely amplifies that adage about being kind because you never know what someone else might be dealing with.

The series will (hopefully) unravel the why of the pilot’s life-changing event–and some secrets that we know and the group doesn’t–and follow the couples as they move forward, filtered through the memories of their shared history. Roday was my hook and I love seeing him do a dramatic turn. It’s also neat that so many of this cast are recognizable from other projects, but that all sort of falls away as we embrace these characters.

This is on several must-see lists this fall, and for good reason. It’s a heck of a cast, and a straight-up drama–no procedure, no sci-fi, which is surprisingly rare these days. The tone reminded me of Thirtysomething, which I watched in first-run as a teenager.

There’s something to that, too, for why it spoke to me. I’m now older than the characters were onÂ Thirtysomething and close to the age of these characters as these stories are told. The first episode was written by series creator DJ Nash (Truth Be Told) and directed by James Griffiths (Black-ish). The series films in Vancouver (standing in for Boston), so I hope we’ll get some fantastic #cdntv guest folks rolling through.

Love Finds You in Valentine Preview