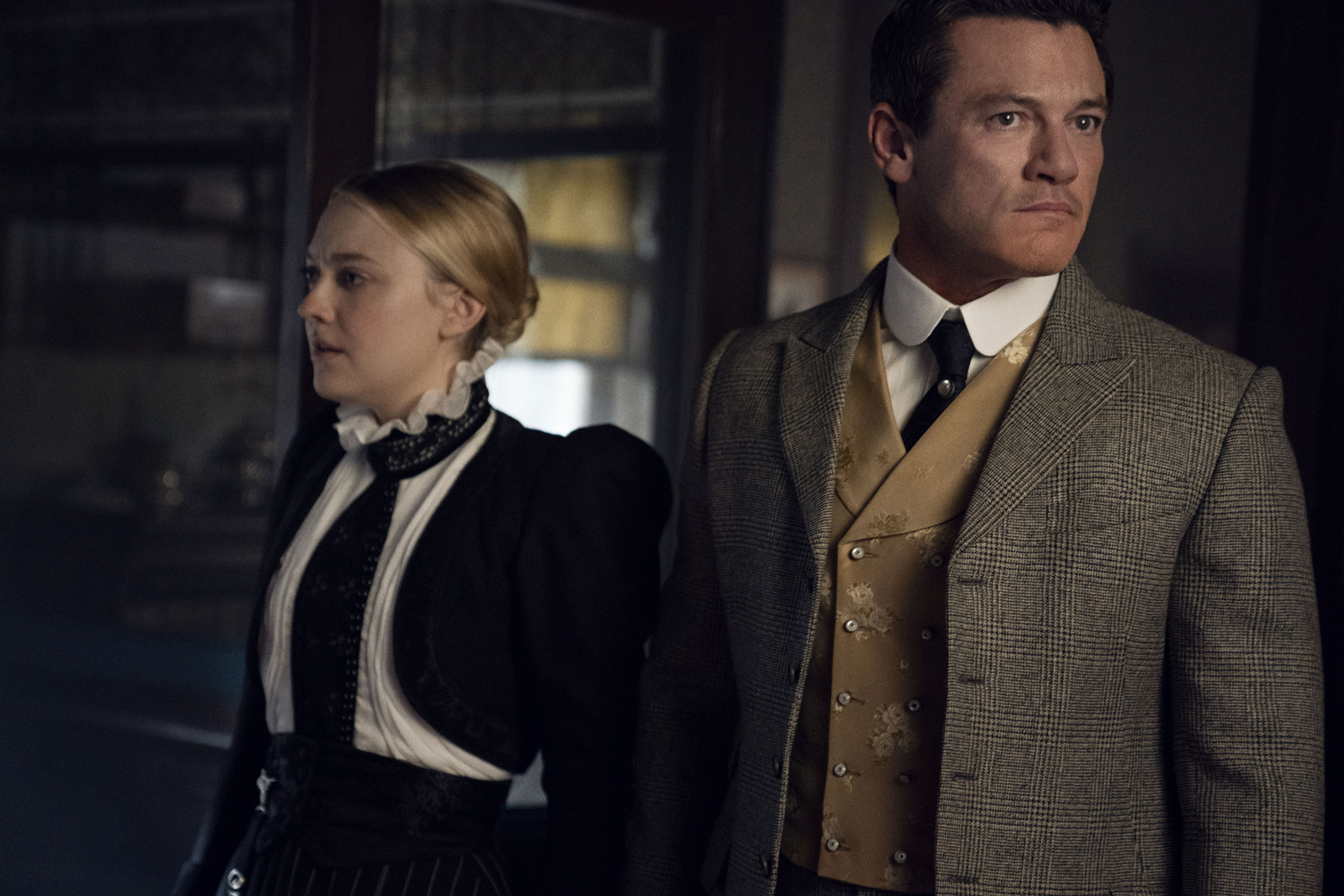 Tell the truth. Did you see that twist coming? Because, dang. All props to Rosy McEwen for flipping that switch. And let me tell you that you haven’t seen the half of it because in this week’s two-episode block, Libby goes off.

That’s just one tantalizing piece of the puzzle. There’s that other sticky business of the very awkward argument between John and Sara at his engagement party, which was a hella awkward arrangement to begin with. Since Libby’s on the loose and the baby’s still missing, they have to table that drama for the greater good, and find an olive branch when Sara is threatened.

Which they do, to a point. Nothing is ever easy with these two, but director Clare Kilner exquisitely captures their warmth and affection, which seems impenetrable to outside forces. Regardless of any indications otherwise, they do love each other, even, and maybe especially, when the world around them is messy and complicated. They are always connected to each other, part of the family unit of the larger team bonded by the events of the first season.

The team discovers there’s even more to Libby than they could have imagined, but she’s still indecipherable for Kreizler, so he calls in a newfound reinforcement that reminds us he’s still generally uneasy in social situations.

The first hour is an intriguing mix of dread, terror, and poignancy. Again, you really want to get the last five minutes if you’re recording it.

The second hour picks up equally with the case and the interpersonal relationships. Libby escalates, driving the urgency for the team, but they’re all also navigating personal obligations that keep them a bit off course.

Kreizler’s attention is pulled to the institute after an incident jeopardizes his standing. John faces backlash about Sara when Hearst gets involved. And Sara is haunted by things left unfinished. When another professional opportunity presents itself, they all reconvene to dive further into the investigation.

We spend more time with Libby, and it becomes apparent that any shred of sanity she put on as a ruse was done so with great effort. Now that the ruse is exposed, she begins to quickly spiral, and her predilections, which the team starts to assemble, help them with the case. That’s a good thing because next weekend’s twofer is already the finale.

This Sunday, a monster stalks the streets in back-to-back new episodes of #TheAlienist: Angel of Darkness, on @TNTDrama. pic.twitter.com/G9M8SY9iSz

Photos and Videos Courtesy of TNT.