The Riverdale EPs and Cast Talk “Chapter 10: The Lost Weekend” 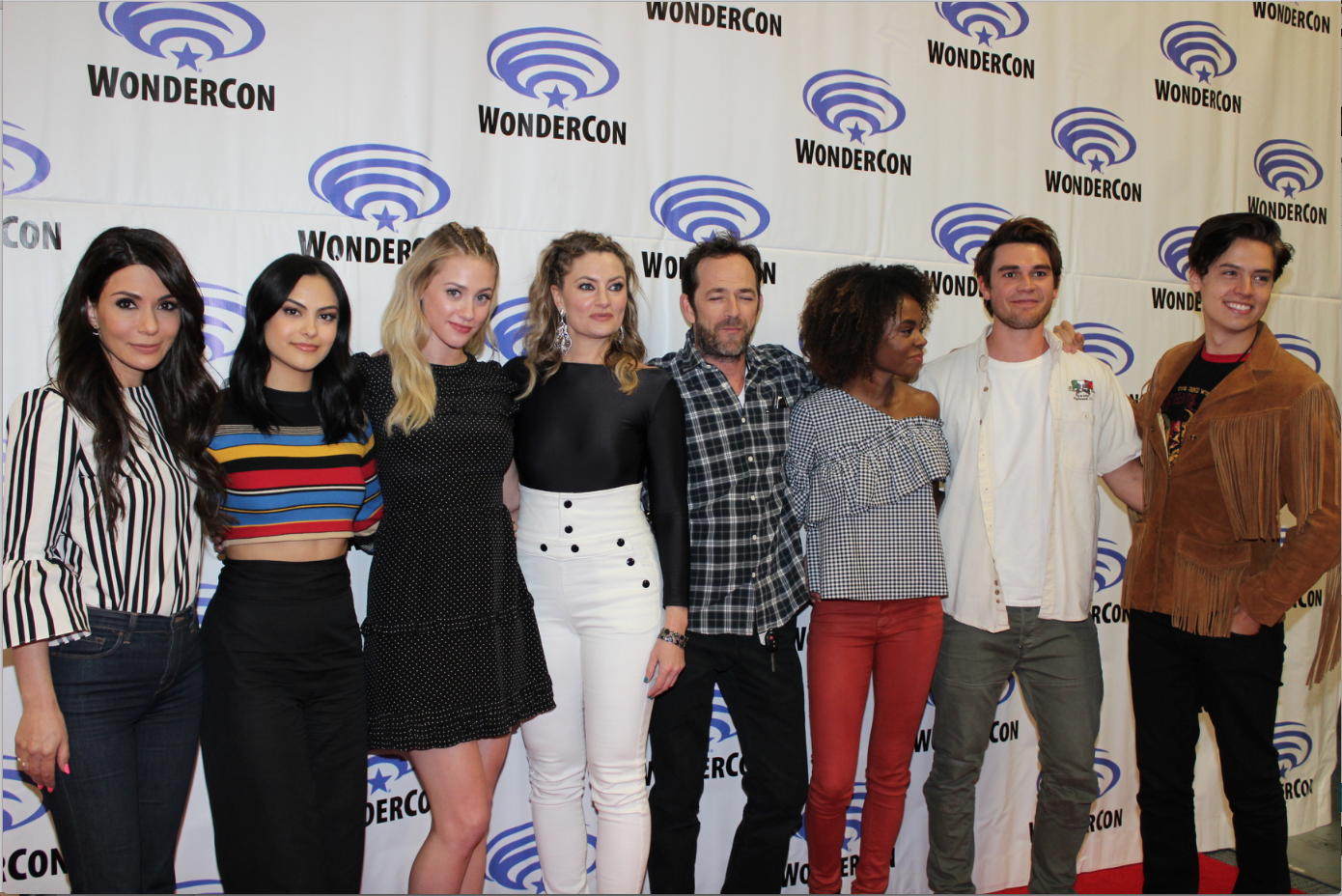 It’s party time on tonight’s Riverdale. And not just any town shindig, variety show or jubilee. This one looks like it’s going to be a rager.

Here’s what you need to know:

When Fred (Luke Perry) decides to finalize the divorce with Archieâ€™s mother Mary (guest star Molly Ringwald), Archie (KJ Apa) hides his true feelings. Archie tries to win Valerie (guest star Hayley Law) back with a romantic evening, however, Betty (Lili Reinhart) hijacks his plans when she decides to throw Jughead (Cole Sprouse) a surprise birthday party. Once Cheryl (Madelaine Petsch) learns of the party, she decides to make it interesting and things quickly get out of control. Meanwhile, Veronica (Camila Mendes) contemplates whether she should participate in the deposition to help get her Dad released. Madchen Amick and Marishol Nichols also star. Dawn Wilkinson directed the episode written by Britta Lundin & Brian E. Paterson (#110). Original airdate 4/13/2017.

Inside Riverdale: “The Lost Weekend”

From this inside look ofÂ “The Lost Weekend,” it can be deduced that secrets are going to be a key source of drama. Or should we say secrets revealed?

In order to secure even more details into what’s going down in “Chapter 10: The Lost Weekend” we traveled to Vancouver and Anaheim, CA, to talk to the cast and EPs.

In the first video, KJ along with Camila Mendes and Cole Sprouse discuss the episode in terms of storyline, their characters and even Bughead.

Riverdale airs Thursday nights at 9/8c on the CW.