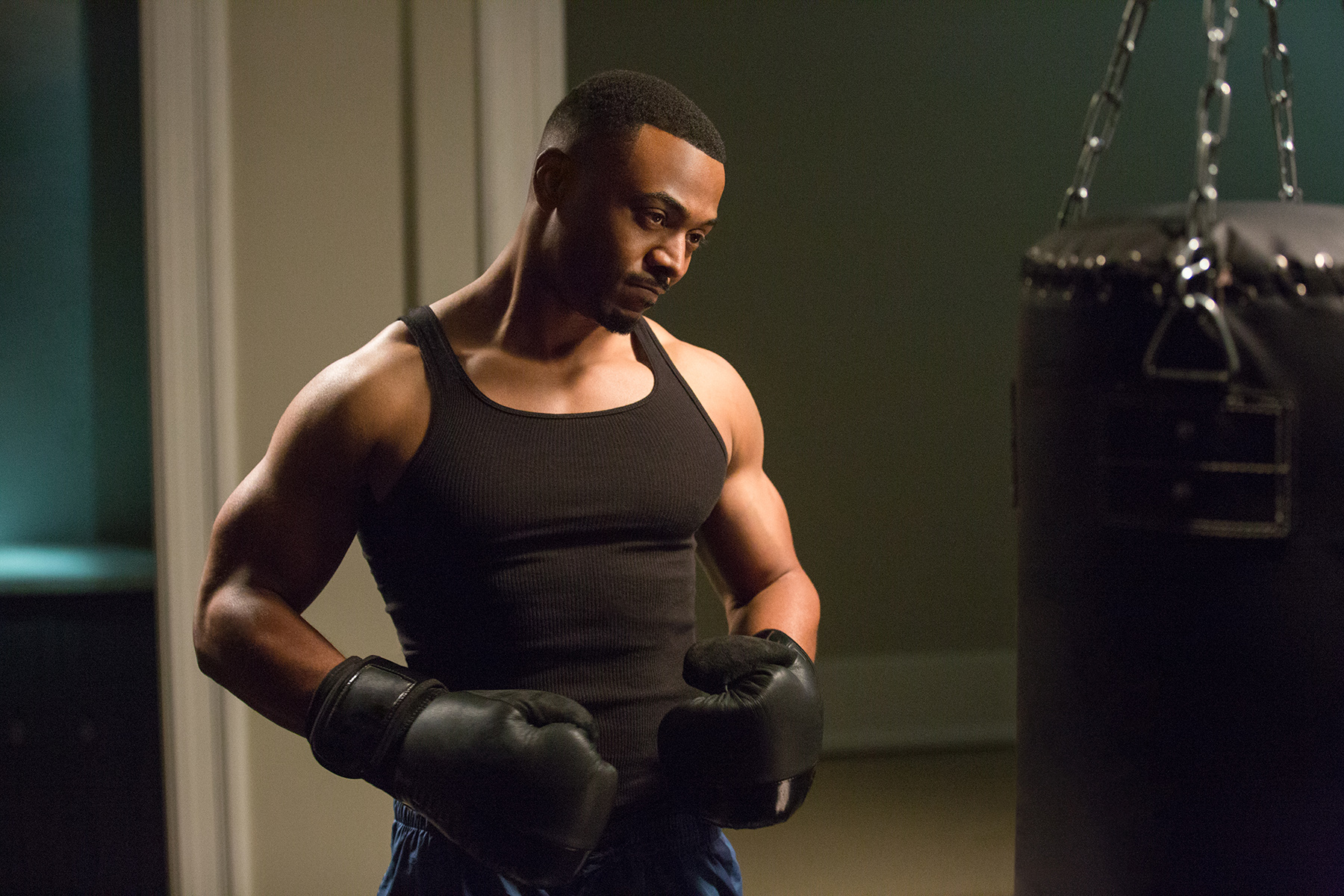 During last week’s powerful Survivor’s Remorse, Cam and the audience finally found out how Mary Charles’ story began. It wasn’t pretty. In one of the finest scenes in the show’sÂ history, Cassie came clean with her son on the front lawn of their Atlanta mansion. She told the truth about how M-Chuck was conceived. It was violent and brutal and so heartbreaking for us to hear and, especially, for Cam to hear. Tichina Arnold gave an incredible performance.

Later, the audience found out about another revelation. This one involved Cam. When he was all lit up on LSD (courtesy of Uncle Julius’ hidden stash), he had a conversation with the son/talking fetus he never had. Yes, back in high school, he and Coach Healey’s daughter were in a relationship where protection was talked about in terms of “mostly” instead of “completely.” This seriously massive trip spawned flashbacks to Cam’sÂ trip to the abortion clinic and, in the present day, it spawned a call to his ex-girlfriend who now lives in Seattle. He told her he was sorry he didn’t encourage her to keep the baby. His guilt plagued him.

Meanwhile, Reggie was thrown for a loop in his universe. His abusive and alcoholic dad made his presence known. The man, now sober (apparently), called Missy, hoping she’d relay a message to her husband. This news immediately sent Reggie into workout mode. He had to deal with his aggression and that’s the most healthy way he knows how to do it. He couldn’t open up to Missy about it even though she gave him the opportunity. She clearly doesn’t know this part of Reggie, just that TrentÂ was a bad dad of the highest order. She wants to know all of her man but it doesn’t seem like Reggie is going to let her see that part of him.

At the beginning of the third season, Uncle Julius (Mike Epps) died. In essence, he was the show’s father figure. In the wake of his death, the characters have had to deal with his absence, and it catapulted them into stories where they were forced to explore various daddy issues. As much as I loved Mike Epps on Survivor’s Remorse, his departure gave the rest of the cast the chance to play out some really great story and they have all risen to the challenge. This season, the show became richer, it explored these characters deeper, I feel like we’ve gotten to know them better than we ever have before. I’m considering this my favorite season of SRÂ hands down.

The dad angle continues in tonight’s Season 3 finale. After all, the episode is called “Father’s Day.”

One of the other success stories from the third season of Survivor’s Remorse has to be the friendship between Jimmy and M-Chuck. That continues tonight. Plus, you’ll find out whether Cam told Mary Charles about the gang rape. And Reggie continues to deal with the fact that his father is in town.

The season finale of Survivor’s Remorse airs tonight at 10/9c on Starz.