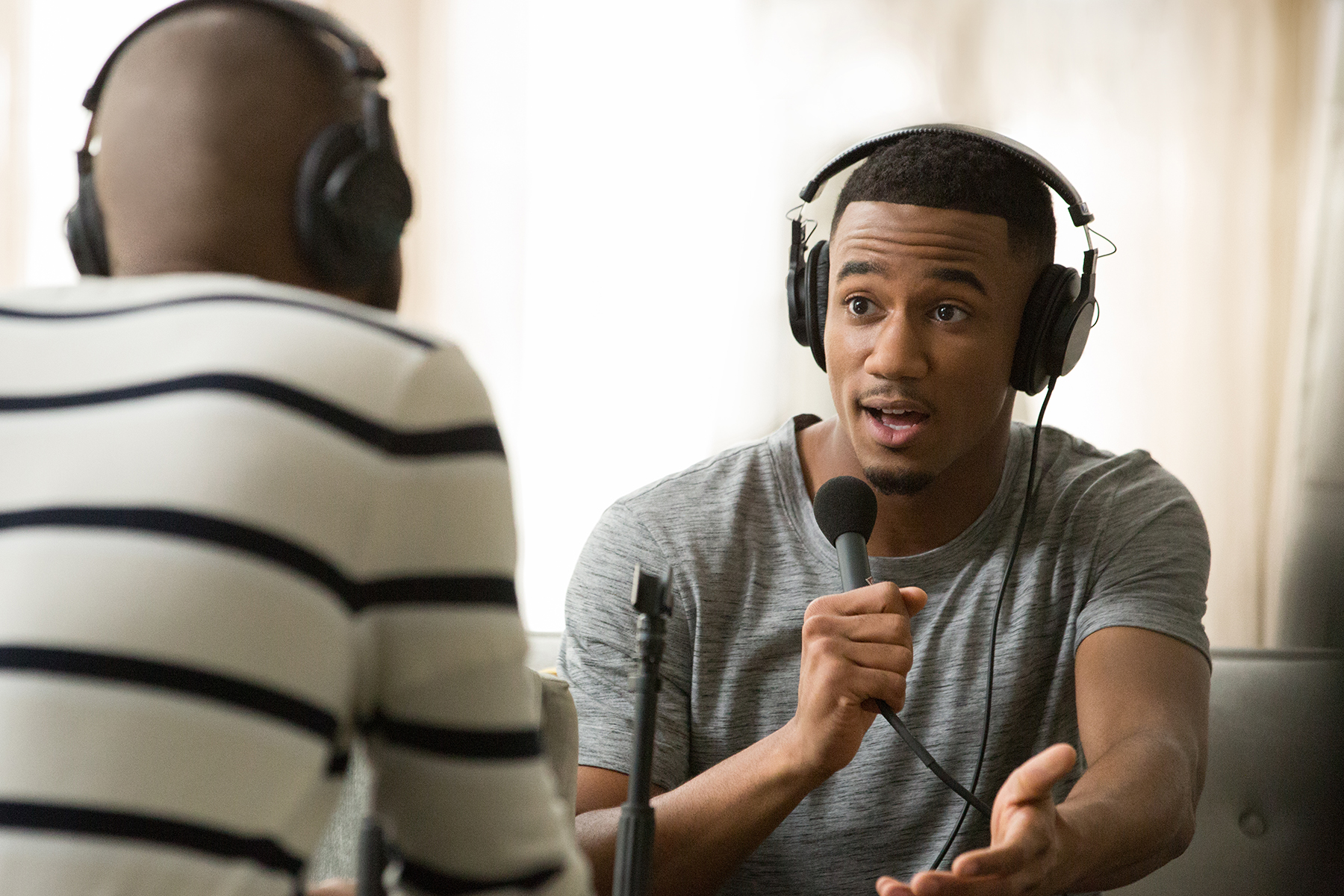 When you’re famous you have to watch every word you say. Reason one why I don’t think I could handle fame for even a second. It’s too easy to mess up. For Cam, his choice of words blew up in his face big time resulting in him being deemed “scumbag of the week.”

I feel like the basketball star’s heart was in the right place, but if you talk about kids specifically as it pertains to them suffering from sort of infliction or disability or experiencing hardship or anything like that, it’s better to keep the words “f–ked up” or “f’d up” out of it entirely. Because somebody somewhere out there will be ready to call you out. And that’s exactly what happened.

Reggie didn’t give his cousin an “I told you so,” although he totally could have. After all, he didn’t want the interview to happen in the first place. But Cam agreed to itÂ without Reggie knowing. And even when Ricky Shelton showed up, Reggie tried to get Cam out of it. But Cam’s a man of his word. He did the interview and then proceeded to get a lot of crap for what he said.

If Cam was “scumbag of the week,” then Missy was MVP of the week. Jimmy Flaherty hired a fixer to help extricate Cam out of this mess as quickly and painlessly as possible. Instead of helping his situation, his non-apology apology made things much worse. He ended up becoming “scumbag of the month” based on his weak ass statement.

Missy, who Cam called “the smartest person I know,” had much better advice for him.

Missy: Monique got it wrong because she said it doesn’t matter if you didn’t mean to offend. It does matter. That’s why they have apologies. But they can’t be bulls–t. Anybody can say they’re sorry. The question is, what are you sorry for?

Cam: I’m sorry I’m in this situation and that people are twistingâ€¦

Missy: What about the frozen nostril kids?

Cam: Well, helping them is what I started with. Of course I’m sorry for them.

Missy: But are you sorry that you said this syndrome is f–ked up? Or are you sorry that some kids are born needing surgeries? And that one day this mother was sitting at work, knowing that at the end of the day, she has to go home to a child who once had a condition that some people can’t afford to fix, wishing that wasn’t her lot in life…when some vulgar, multimillionaire asshole basketball player decided to describe her child as f–ked up.

Missy: Cam, you have to stop pretending what you said didn’t hurt people’s feelings. Monique said the right apology would make this go away. And she’s correct. You just gave the wrong one. If you go to the woman in pain and apologize for the right thing, the right away, people will believe you. They can tell. And you’ll be fine.

This was a really great moment between two characters that don’t necessarily share a lot of screen time. And as annoyed as I was with Missy last week during that thank you note business, I’m seriously basking in her goddessness this week.

As for Cam, well, he gave an amazing apology at a press conference. Then he put his own twist on it. He clearly couldn’t deal with any hypocrisy so he made his biggest detractors in Frozen Nostril Gate pony up with support for his cause. He started it all with the Calloway Philanthropic Trust and a five million dollar donation to surgeries “for kids who deserve to breathe the same fresh air that we all breathe.” Well played, Cam.

This show is on its third season, but already almost every family member has had to make a public apology of some sort. That’s why we love the Calloways, right?

Other Thoughts on “The Act of Umbrage”

The Night Of "The Season of the Witch"

We Find Out Who’s In The Grave, Arrow “Eleven Fifty-Nine”