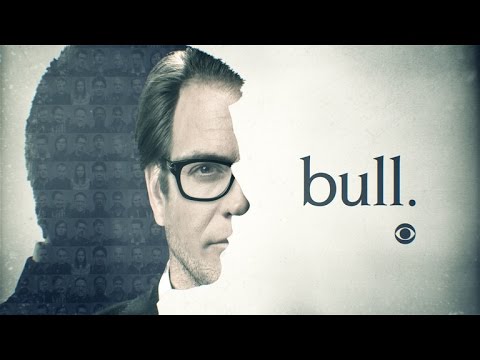 Michael Weatherly leaving NCIS was a bit crushing for me considering how much I love his character, Very Special Agent Anthony DiNozzo. Thankfully,Â the actor willÂ be back on TV this fall in a new series that’s set to air Tuesdays on CBS right after his old show.

I must admit, when I first heard about Bull, I wasn’t sure about 1. It’s premise. 2. The fact Dr. Phil’s pre-TV career life inspired it. 3. WhetherÂ I wanted to invest in another legal-type series. In fact, the only pro for me was Weatherly.

After watching the almost five-minute-long trailer, I realized my concerns were for naught. It’s slick, sarcastic, funny and it made me want to see more. Â It made me want to learn more about Dr. Bull and the people who work for him. In other words, the trailer did its job. I may have watched it a few million times by now. Don’t think I’m even exaggerating. Okay, maybe I’m exaggerating a little. But only a little.

When Tony DiNozzo entered the elevator and said adios toÂ his teammates at NCIS in the Season 13 finale, I was slightly disappointed. Ultimately, I liked that he would give up the life he had built to take care of the daughter he never knew existed. It was honorable and I think it’s great Tony has someone who will love him unconditionally. Having said that, I always wanted him get his own team. I wanted him to exit stage right for a well-deserved promotion.

If you watch the Bull trailer,Â we get to see Weatherly be the leader. And. It’s. About. Time. What’s cool is I’m not seeing Tony DiNozzo at all. In addition to the longer hair and the glasses (LOVE the glasses), Weatherly seems to be playing his new characterÂ a bit more internally. He’s got the sarcasm that DiNozzo’s known for but it feels different somehow. He’s not quite as outwardly obnoxious as Tony can be.

While the trailer set up the show’s nitty gritty really well, it didn’t have the chance to convey who these characters are, what their issues are, what they’ve been through in life. So I’m looking forward to seeing the entire pilot in order to get to know more about the good doctor as well as the rest of the characters.

The cast looks solid. I mean, Freddy Rodriguez.Â Six Feet Under, anyone? Chris Jackson‘s currently starring as George Washington in Hamilton, a Broadway show I NEED to see. Geneva Carr was nominated for a Tony last year. Annabelle Attanasio has a recurring role on Cinemax’s The Knick. And Jaime Lee KirchnerÂ has appeared on The Mob Doctor and Necessary Roughness. Apparently, she also played Mimi in a Broadway production of Rent. So now I envision a musical episode for Weatherly, Jackson, Kirchner and whoever else in the cast that can sing and/or rap. But, I’m probably getting a little too head of myself.

In conclusion, I haven’t decided whether I will continueÂ watching Weatherly’s old series, but I will be tuning into his new one. Bull debuts this fall on CBS.

SYTYCD The Next Generation Preview: "Auditions #1"