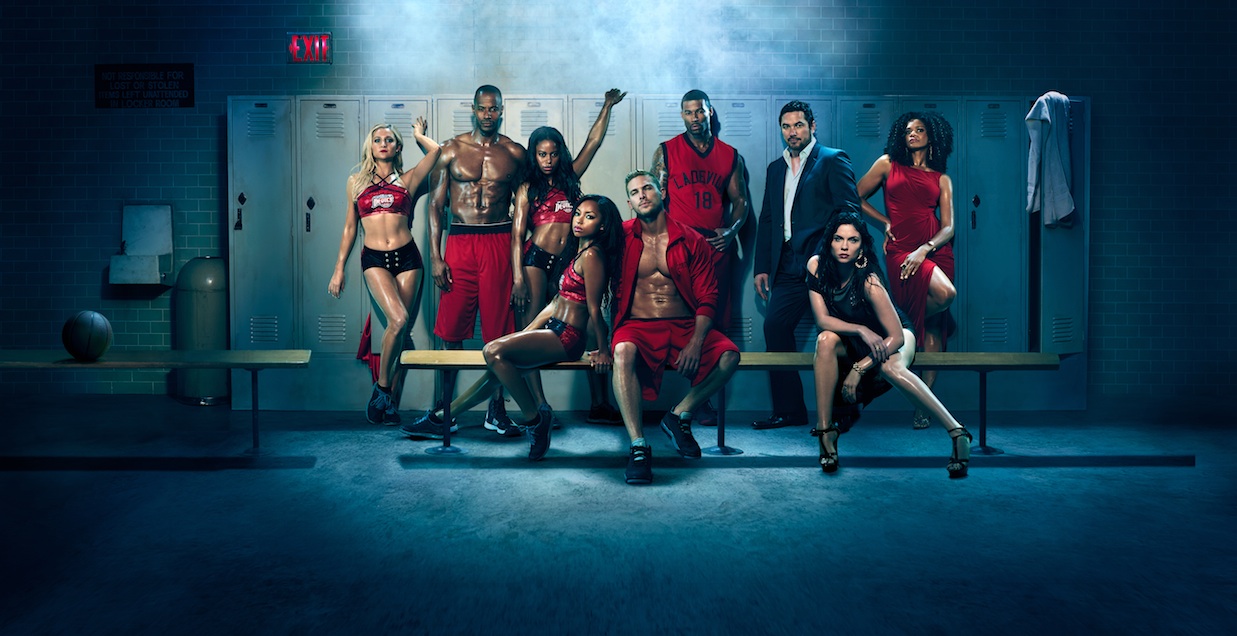 Season 3 of VH1’s Hit the Floor ended with a bang. Did you expect anything less?

The character in peril isn’t much of a shock considering all the backstabbing and shady moves the girl was making all episode long. Well, even before the events that transpired in “Possession,” really. Jelena would have made Melrose Place‘s Amanda Woodward proud. Except for the whole being shot part, that is.

When the dust settled, Jelena emerged as the new majority owner of the Devils. The pint-sized powerhouse managed to oust Oscar, cut Terrence out of the deal, trade Zero, and use Sloane in the process. She didn’t even break a sweat.

But before we get to the nitty gritty of all of that. Let’s quickly review some of the other things that went down in the finale:

-In a very sweet — and public — moment, Derek proposes to Ahsha at the game. It’s perfect. Derek’s perfect. I may have had a smile plastered on my face this whole scene.

-German is released from prison. Raquel gave him the perfect get-out-of-jail card in the form of a deathbed confession. Not sure what’s going to happen to German from here on out. Not sure how I feel about him being free.

-Zero decides not to reveal himself to his sister. He’s going to let her live in peace. While Jude was the one to go the maturity route in the second season finale, in this season ender, it was Zero’s turn. He tells Jude heÂ is his family and offers up a key to his childhood home where they can live, renovate, revive the rundown neighborhood and make it cool again aka drive up the property taxes. Of course, the happiness doesn’t last. The trade puts a major crimp in their plans. Jude doesn’t want to leave Lionel to the lions aka Oscar the Grouch. I’m glad Jude is very protective of her but I don’t want him to ruin his love life over this. Is that so wrong? Because I’m kind of attached to these two being a thing.

-Speaking of Lionel, she hatches a plan to try and frame Oscar for murder/suicide. Unfortunately, that plan backfires on her and Pete. These two could have easily been the ones lying on the ground for the last shot of the season. I’m still not sure they’re going to get out of this predicament unscathed.

-That was Hit the Floor Creator James LaRosa as the TMZ reporter. Nice!

-Jelena realizes Terrence’s trust issues with her run deep. At first, he doesn’t believe she’s physically unable to have a baby. She had thought they had gotten past everything. But he knows what she’s capable of — he’s been Jelena’dÂ before. Everybody’s been Jelena’d. For her, this is the man that she loves. And if he can’t trust her, and he pretty much says this is something that’s never going to happen, then she has no choice. She decides to face her fear of being alone. Of course, that’s a little easier knowing you are the new owner of aÂ pro basketball team in the number two market in the country.

The list of suspects is long. Jelena was pretty busy in this finale giving people the heave-ho and climbing to the top where she believes she belongs. Oscar is, once again, a major suspect. Sloane? I doubt it, but I’m including her on the list. Ahsha, who claims she’s a grown-ass woman who loves her life with Derek, is supposed to be off eloping with her man. But he’s waiting for her in the limo…alone. Zero and Jude have a motive. Jelena may have driven Terrence to do something like this. Betrayal, anger and bitterness can do that to a person. At this point, I’m not even counting out Jelena’s estranged father.

Guess we’ll have to find out Who Shot Jelena if/when the fourth season begins on VH1. I don’t think Hit the Floor‘s been renewed yet, so here’s hoping we’ll hear some good news on that front pronto, especially since the finale trended last night on Twitter. Also,Â make sure to head over the show’s Facebook page where you can see the cast react to the ending at the same time as everyone else. 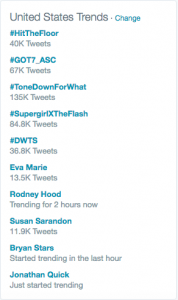 Dancing with the Stars Season 17 Week 10 [The Semifinals]