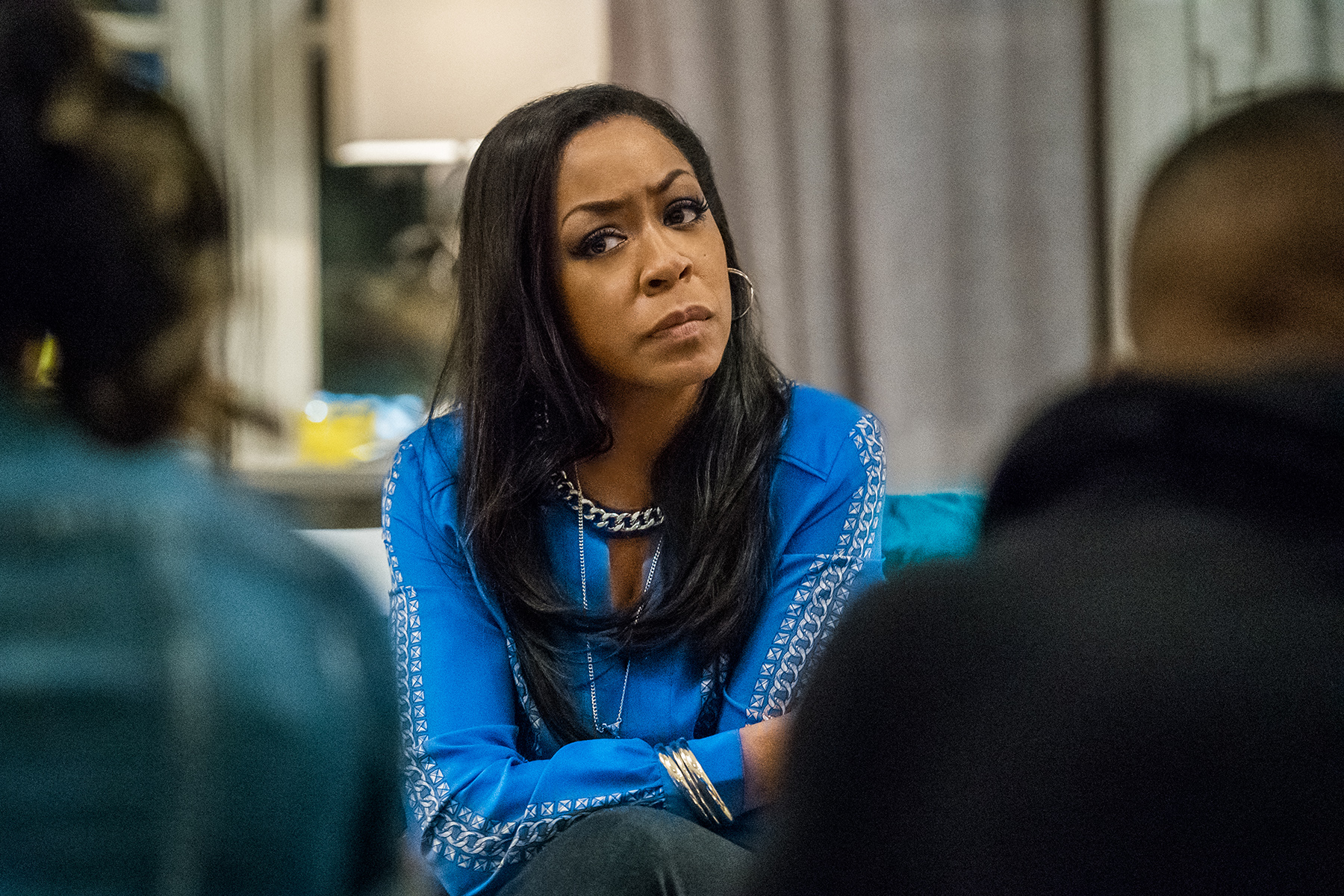 The latest Survivor’s Remorse did not disappoint nor did it hold back. It took on a topic that I’m going to go out on a limb and say people probably don’t think about a lot. And it met it head on. Yes, while M-Chuck started “mobile jail” and Reggie kept busy with some business pursuits that involved a boatload of almonds, Cassie reignited her sex life.

With this phase of her existence comes the realization that something needs to change…something needs to be tweaked, actually. Cassie decides she needs work done on her lady parts in the form of vaginal rejuvenation.

She asks her son to pay for it. However, once Cam finds out what kind of surgery his mom wants, he can’t accept it. He feels she’s only doing this because of that Blair guy she’s been seeing. He must be pressuring her or something. The more Cam researches the topic, the more he knows he doesn’t want his mother to have the surgery. So he stages an intervention complete with index cards that list the side effects from having this surgery.

It’s an uncomfortable situation all around. Julius and M-Chuck quickly make themselves scarce leaving Cassie and Cam alone to talk. Cassie has to get toughÂ with her son because he’s not understanding why she needs to put herself through this. He’s scared for her, yes. But he also can’t understand what his mom is feeling and thinking. Even though this is probably the last thing she wants to do, she has to get real with her son. In my Moment of Goodness from “M.V.P.,” Cassie lets Cam know exactly what she’s going through. Whether he wants to hear it or not, she’s going to tell him what life is like for her now. After all, earlier in this episode, she admitted he’s half the reason why her vajayjay is in the condition it’s in. Mary Charles is the other half.

We learn a lot about Cassie in this scene. Her love life has been mostlyÂ non-existent while her kids have grown up. She had them when she was fairlyÂ young — although we can totally tell. Tichina Arnold doesn’t look like she could have these grown ass kids. The woman does not age.Â Anyway, I love the truths she lays out for her son:

Cassie: I was a mother before I ever even thought about being an adult woman and now I just want to have fun. Like any other mother would at the right time.

It’s this next part of the conversation that is the most compelling. Once it was over, I immediately wanted to rewind and rewatch because it was so well done. It was intense and informative. She got her point across perfectly.

Cassie: After you and your sister was born things changed down there and they never changed back. Now I know how it was supposed to feel down there but it doesn’t feel the same. It’s not a hundred percent. I’m in the prime of my f–king life. I’ve raised a son who I’m proud of who’s now living his life running around doing his own thing and I want to do my own thing, too. Listen, Cam. I’m not trying to be out there like that running around, ‘kay? Just every once in a while I just want to go out for a brisk jog.

Cam: And by brisk jog youâ€¦

Cam’s been appropriately set straight. Arnold and Jessie T. Usher have such a great mother-son chemistry going on, don’t they?

After that, Cassie has the surgery, which results in one of the most hilarious yet completely uncomfortable scenes ever. A drugged up, post-op Cassie wants M-Chuck to check whether things are okay down there. And her daughter does. I don’t know about you guys but I feel that this show can do anything. They can take on anything, put their own twist to it and it’s going to work. Everyone involved in this production is clearly fearless.

Moment of Goodness: Setrakian Reveals His Strigoi Secret in The Strain “Fort Defiance”

We Find Out Who’s In The Grave, Arrow “Eleven Fifty-Nine”

Nashville “There’ll Be No Teardrops Tonight”