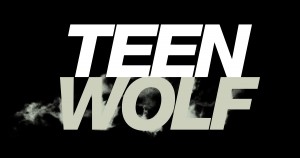 What the Hale? As you now, I was very disappointed in The Benefactor reveal in “Perishable.” Since Jeff Davis had said this would all be tied back to the first season of the show, a lot of us were confused. But in “Monstrous” we find out Meredith has working not on behalf of Brunski, but a comatose (at the time) Peter Hale. I’ve got to say it: I’m still not happy with this reveal. It make a lot more sense, considering what a huge egomaniac Peter is. But I still don’t like it.

So Malia Hale doesn’t have much experience with forgiveness, but she’s making en effort with Stiles. I know some people don’t like this pairing, but I’m totally on board with it. I like it when they’re getting along and working together, which is very necessary considering what’s going on in Beacon Hills. So together, they discover that Brunski was at the Lake House – not Eichen House, like they assumed – when he killed Lorraine Martin. When Malia and Stiles go there and can’t hear anything that will help them from the record player, Stiles turns it off. But Malia still hears something. They find a cord in the wall and pull it out to reveal a 1970s computer hidden behind the wall. Lydia helps them find the key and they turn it off. So that’s the end of the dead pool.

But it’s not over yet. We learn that after Meredith was injured at the Lake House she was taken to the hospital and put in the bed right next to Peter. Although he was in a coma from the burns he sustained after the Argents come after him and his family, Meredith could hear all the thoughts in his head as if he was standing right over her bed. He’s the one who came up with the plan to get rid of all the supernaturals in Beacon Hills. he wanted to remake the town in his image. He came up with the plan to hire the assassins. He came up with all of it. But how did Meredith know when to put this plan in action? Why did she wait so long? Meredith says she knew it was time when Lydia screamed Allison’s name. But she eventually realizesÂ what a horrible mistake she’s made.

And even though the Sheriff knows Peter is ultimately responsible for the dead pool and everyone who has died so far, he can’t charge Peter with anything. He doesn’t have any proof. So Peter’s allowed to walk free and continue with his plan. He tells Kate he’s close. It’s only a matter of time before he kills Scott.

But I think Scott will be more prepared to deal with Peter than even he thinks he is. He’s got the extra fangs and he barely stops himself from killing that guy during the fight, so he’s getting stronger too. He was even shot a few times and seemed to recover very quickly. Scott’s gonna need a lot to stand up to Peter, but I think he can do it. Scott became an alpha without killing anyone. I think he’s the top of the food chain, not Peter.

When are we going to find out what Kate did to Derek? And why is she on Peter’s side? And why did Peter forgive Kate for trying to kill him? What makes her such a great ally?

Oh, and I’m still waiting for an explanation about where Danny’s been and when he’ll be coming back.

The Night Of “The Beach”