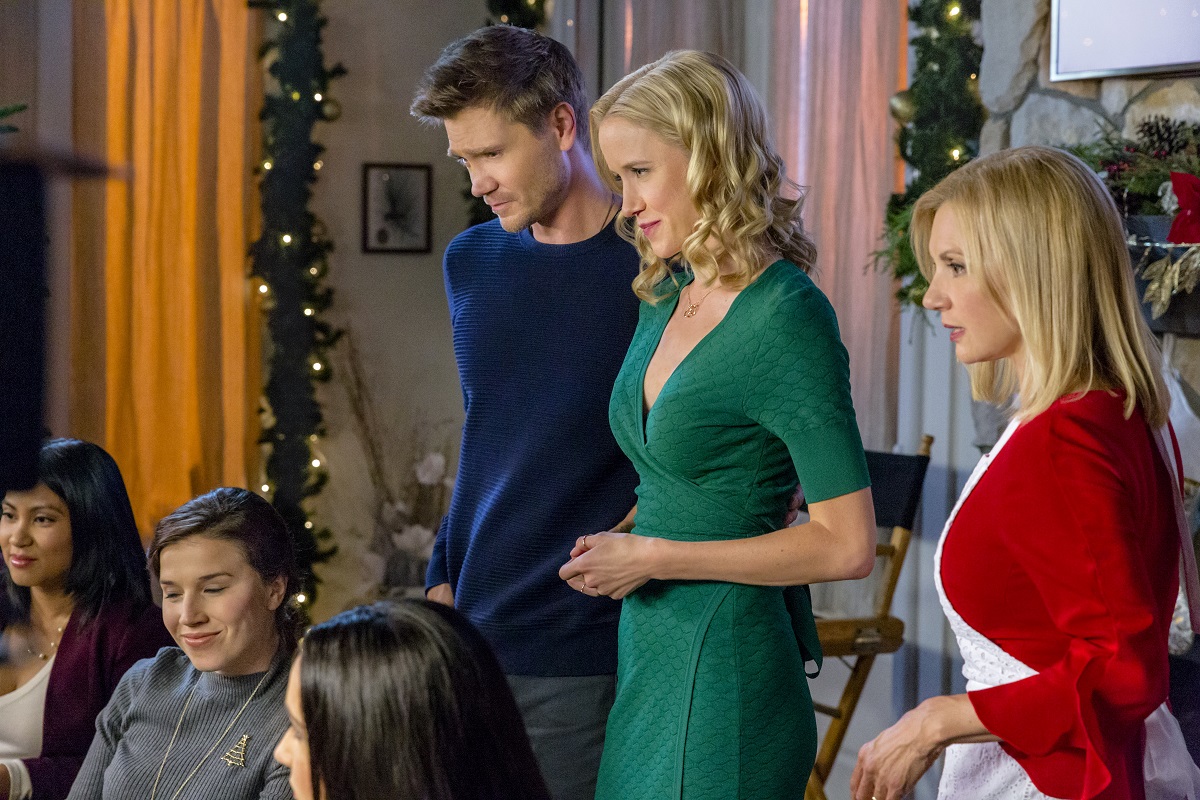 Hey there, holiday movie fans! Hallmark Channel and Hallmark Movies & Mysteries hope you’re ready to pair your Halloween leftovers with cider and cocoa, because their annual two-month run of holiday movies has begun. They’re the first ones out of the gate with their premiere of Christmas atÂ Pemberley Manor last weekend, but they’re not alone. UP TV joins them this weekend and Lifetime piles on beginning the 17th. That said, Hallmark is all “hold my eggnog” about their competitors, because this season, they will premiere THIRTY-SEVEN new films–22 on Hallmark Channel (HC below) and 15 on Hallmark Movies & Mysteries (HMM). Here are the details on the four newbies coming this weekend. Check back tomorrow for my exclusive chat with Niall Matter, who returns in the third Father ChristmasÂ film Sunday night.Â

Danielle Panabaker returns to Hallmark Channel in Christmas Joy, adapted from Nancy Naigle’s novel. In her first outing since 2014’s Recipe for Love, she stars as Joy Holbrook, a Washington, DC market researcher in line for a holiday-timed promotion when she heads home to North Carolina to help her aunt recover from surgery.Â She finds herself reunited with her former crush, Ben (Helix‘sÂ Matt Long) when she steps in to take her aunt’s place in the the townÂ’s legendary baking competition. Soon she begins to soften toward him and remember that home is where the heart is.

This body-switching holiday tale follows two very different moms who find that help is where you least expect it, and most need it. When struggling singer Audrey (Jackie Seiden) and wealthy record executive Julia (Ashley Wood) collide at the mall, they wake up in each otherâ€™s lives the next morning. Audrey finds Juliaâ€™s life full of luxury and not much else while Audrey canâ€™t say no to anyone. As Christmas looms closer, the two women rush to figure out how to both help each other and switch back before they miss Christmas morning with their own families!

[Note: I’m only previewing the true new films on UP, not the “network premieres,” so check local listings for all of their Christmas movies.]

The third film in the trilogy based on Robin Jones Gunn’s novellasÂ brings Miranda Chester (Erin Krakow) and Ian McAndrick (Niall Matter) to the altar after their romantic engagement in last year’sÂ Engaging Father Christmas.Â Miranda’s plans for a family wedding surrounded by their friends are quickly complicated when a mysterious visitor reaches out to her just days beforehand. While Miranda navigates this new relationship, her late fatherÂ’s widow, Margaret (Wendie Malick), rekindles an old acquaintance.

"The First Patient" Preview: Director Chip Duncan Takes Us on a Journey Inside the Human Body

Lucifer Gets in Touch with His Feelings in “Deceptive Little Parasite”

The Night Of “Subtle Beast”

Arrow Conversations: Who Can You Trust?