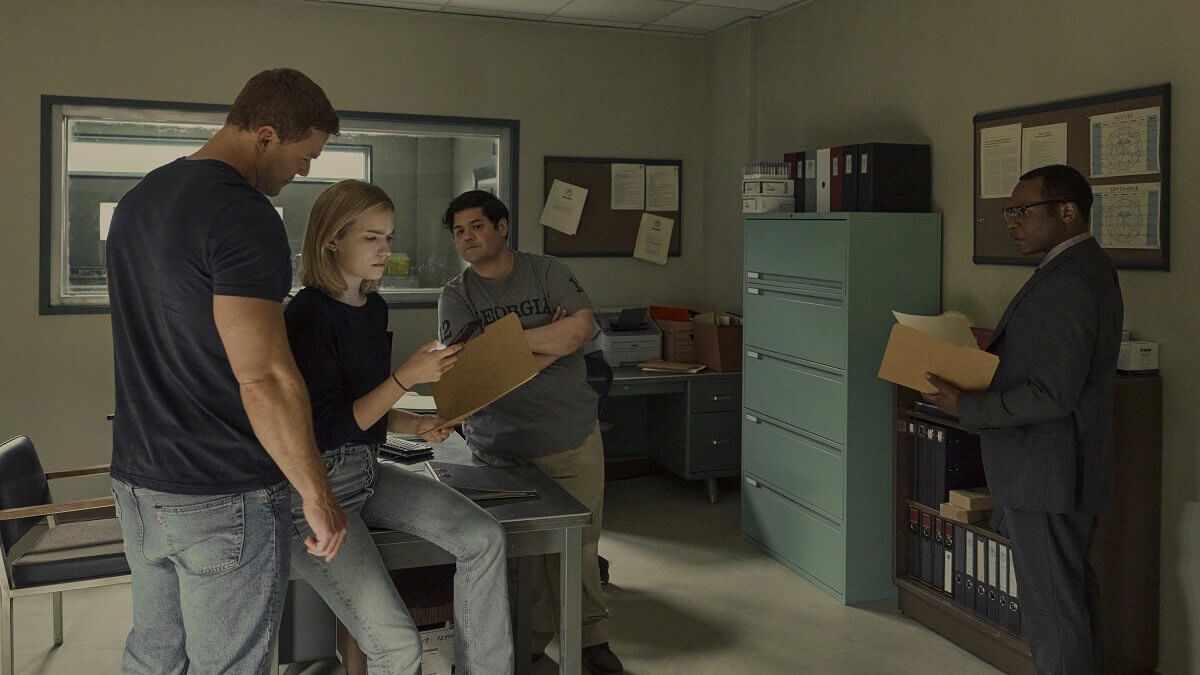 Have you checked out Prime Video’s Reacher yet? Well get on that, then. And here’s another incentive–it’s already been renewed!

In the second part of my chat with series stars Willa Fitzgerald and Malcolm Goodwin, we talk short seasons, wardrobe, and leveling up the badassery.

Both actors have done longer-season series, so the fixed eight-episode arc of Reacher’s first season, which is based on Lee Child’s first Reacher novel The Killing Floor, was a refreshing change of pace and allowed them to build their characters very quickly.

“I prep pretty consistently across a season of television or a movie. I think that as long as you have the great luxury of having all the scripts written before you start shooting a television show, it’s kind of just like shooting a really long movie,” explains Fitzgerald.

“I like to have an idea of the whole arc that I’m playing, if it’s available to me, and really tracking it out, making sure that it’s not a scatter graph and that it is a story that I’m trying to tell. [Showrunner] Nick [Santora] was fabulous and had all the scripts written long before we were shooting them. And so that was really possible [here].”

“This was the first time playing a character where I knew exactly where it was going and how it was going to end. On the shows that I’ve worked on, you never really knew where the story was [going],” shares Goodwin.

“Plus, we had time to really delve into the material because Nick had all the scripts so early. It was nice to have time to kind of sit there and to really, really work on these characters. It’s exciting to see it all drop at the same time. I’ve never had that experience with a TV show.”

The series shot last summer in Ontario, and part of Finlay’s fish-out-of-water persona is illustrated by his persistent three-piece tweed suit. “I love putting that wardrobe on. It was fitted to my body, with Finlay holding on to so much, being so tightly wound,” Goodwin explains.

“I felt like he was being suffocated by his past, by his grief. I like the way it looked, too. I like that snug fit because it got me into character right away.”

Fitzgerald’s favorite moment came in the bar scene early in the season. “I really loved the honky tonk scene with Reacher where he opens the beer bottle in his arm. In the script, it said that Roscoe is then going to open hers with a beer opener,” she recalls.

“And I said, ‘No way, she needs to open it on the side of the table and just be a badass, too.’ And Nick said, ‘Yeah, definitely,’ and then it just stuck. And I think it’s a really fun moment that kind of demonstrates their relationship really clearly.”

Goodwin’s favorite scene is a quieter moment for Finlay and Reacher. “The stakeout scene when Finlay really drops his guard and you get to understand why he is the way he is, what informs him being so uptight…that was just a great day,” he shares.

“Just playing off of Alan [Ritchson] in that scene and I think it’s such a pivotal moment because it’s what gets both characters on the same page.”

All eight episodes of Reacher are available now worldwide on Prime Video. If you missed our preview and part one of our interview, you can find that here. Here’s sneak peek with cast before last week’s premiere.