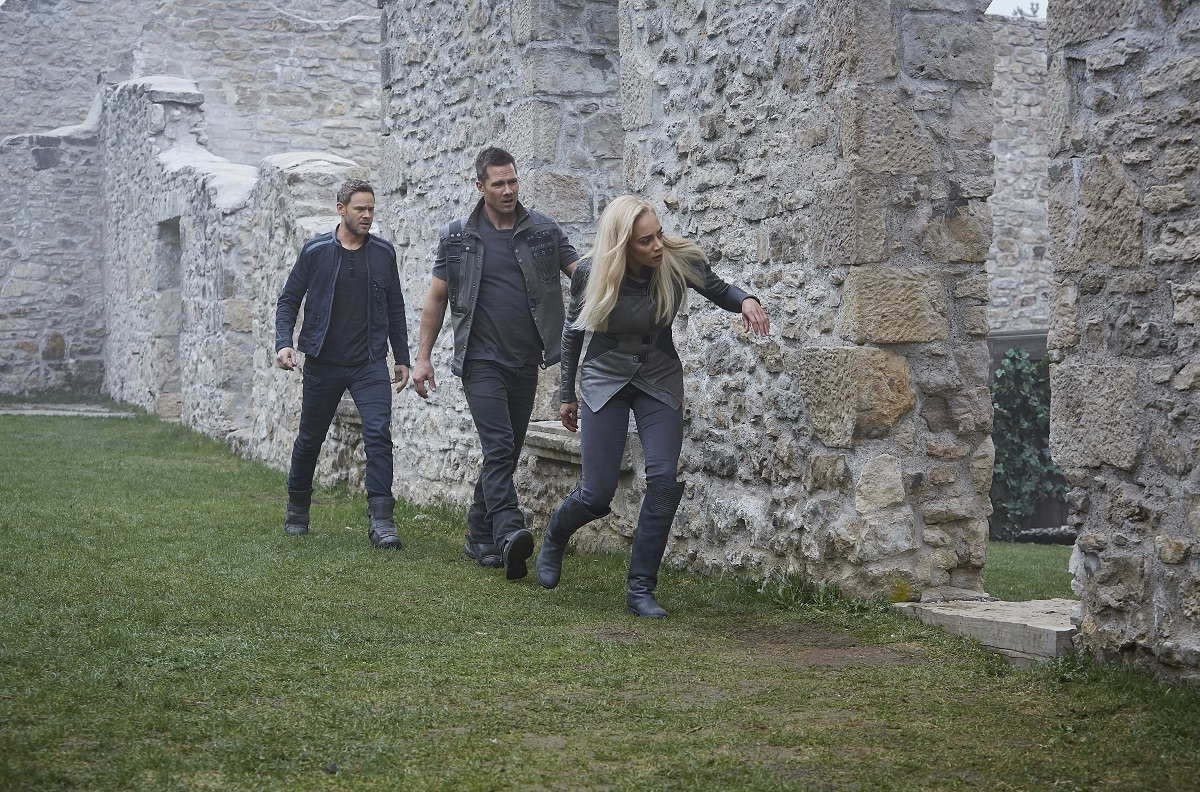 We finally have our return date, Killjoys kids! The final season of our merry band of space warriors will drop on Syfy in the US and Space in Canada on Friday, July 19th! The first teaser trailer is below! Once we have a formal logline for the new new season, we’ll update.

When we left off, the Lady had emerged from the Green and done a monster mindwipe. Dutch and Johnny were seemingly married and owned the bar! D’av was still a Killjoy, with a very familiar warrant! Turin was a (delightfully crusty) street merchant! What does it all mean?

We are so ready! I had the good fortune to visit the set one last time in August as they were wrapping up production on Season 5, and this summer I’m thrilled to be bringing you those interviews with the cast and crew, and more new conversations. Watch this space!

Starting July 19th, Killjoys will airs its final 10 episodes Friday at 10 pm/9c on Syfy and Space Channel — I’m doubly thrilled they keep their timeslot, y’all. Until then, get your Tweet on with the fans and creative team. In case you missed it, all of our coverage of the first four seasons is here. Now, here’s that trailer!

2013 Favorite Daytime Couples: Days of our Lives’ Eric and Nicole